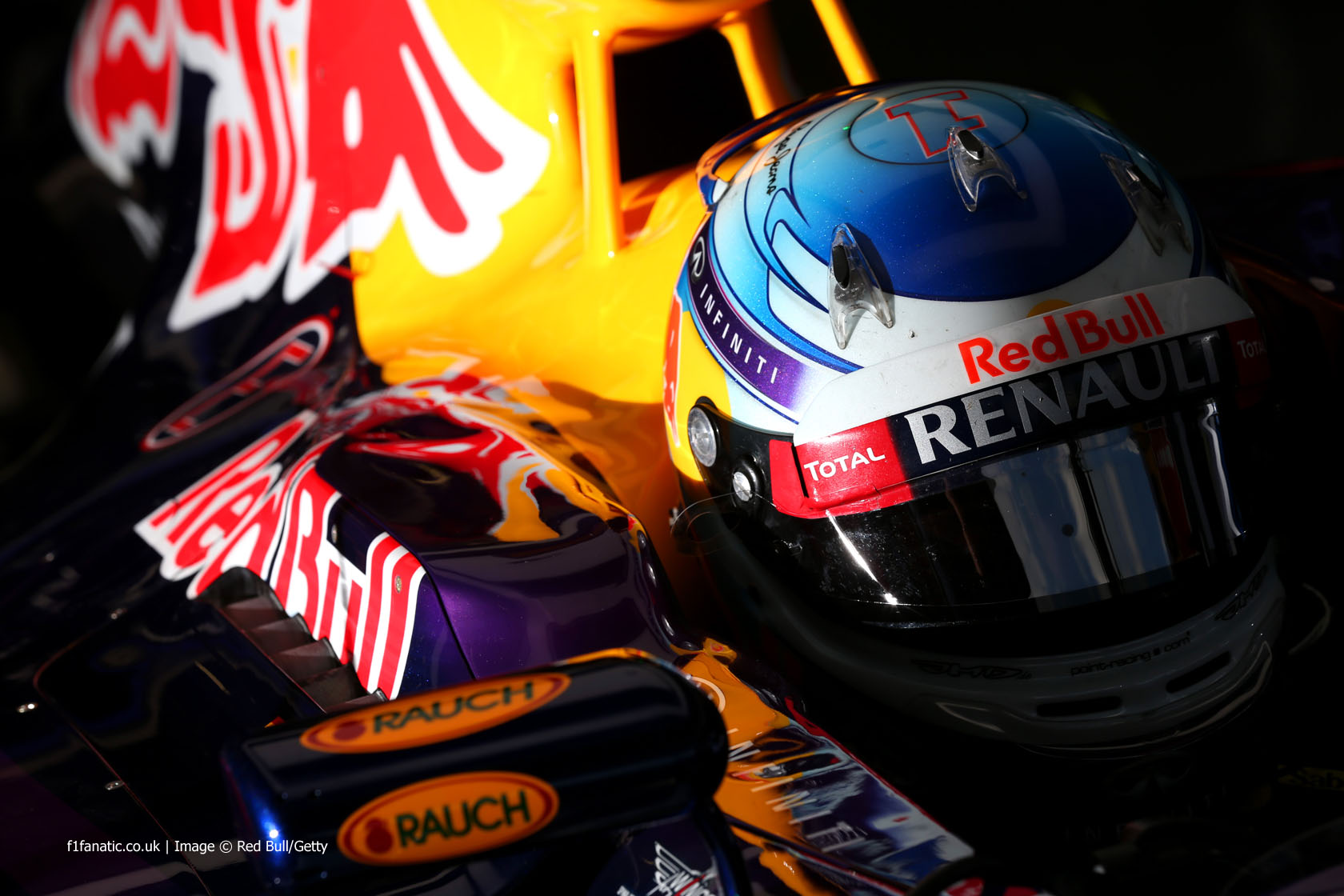 In the round-up: Sebastian Vettel admits Red Bull are no closer to Mercedes’ performance than they were at the beginning of the season.

“Right now the gap is very big and we haven’t really closed the gap since race one.”

Eric Boullier: “There won’t be any radical change now. We’re going to push as hard and as long as possible the development of this car as long as we can carry the concepts over to next year’s car.”

“Although the FIA accepted that Raikkonen would not have crashed if he had slowed down dramatically, it is understood the governing body believed that any other driver would have rejoined the track in the same manner.”

“Sebastian’s early stop got him out of traffic with the McLarens – but it meant a one-stop wasn’t possible for him.”

“The first thing I did after getting signed by an F1 team was winning the GP2 race in Singapore! I won the feature race straight after being announced as Marussia reserve.”

Over half an hour of onboard footage from the British Grand Prix.

Back to Viry today to study the findings of the @SilverstoneUK test. Lots of info on new software upgrades to look into #NeverStop

The 18 inch rims on the Formula 1 cars just add more ugliness to what they already are. Be interesting to see how it effects the cars

How many drivers are getting pay in F1? Presumably, 5 drivers! But 21 drivers of Toyota, Porsche and Audi LMP1 get pay properly in Sportcar.

20 years ago today @DunlopBTCC was on the British GP support bill at @SilverstoneUK – and it was carnage! https://t.co/MqjyH1zlHi #BTCC #F1

Arki is pleased Fernando Alonso and Sebastian Vettel were left to sort it out between themselves at Silverstone:

I am extremely glad that there was no intervention by Charlie Whiting or the stewards in the magnificent Vettel/Alonso tussle during the British Grand Prix.

I was very fearful that a penalty for being too defensive or the breaking of another the myriad of rules governing (limiting) driver engagements would be handed out and that would have been a travesty. That battle was entirely the sort of thing I watch F1 for and since I have rejoined the scene in the past couple of seasons the over nannying of such encounters has been disappointing to say the least.

Don’t get me wrong, I absolutely see the need for stewards (and some of the driver stewards are epic guys) but in my opinion there is too much intervention and criticism of overtakes and/or when two cars come together.
Arki (@Arki19)

Michael Schumacher notched up his tenth win from the first eleven races of the 2004 season in the British Grand Prix. He lined up fourth in the grid, but this was in the days of ‘race fuel qualifying’, and once his rivals had pitted he was in the lead within a dozen laps and on his way to victory.

Here’s the start of the race with Kimi Raikkonen taking the early advantage from pole position:

120 comments on “Red Bull no closer than in Australia – Vettel”