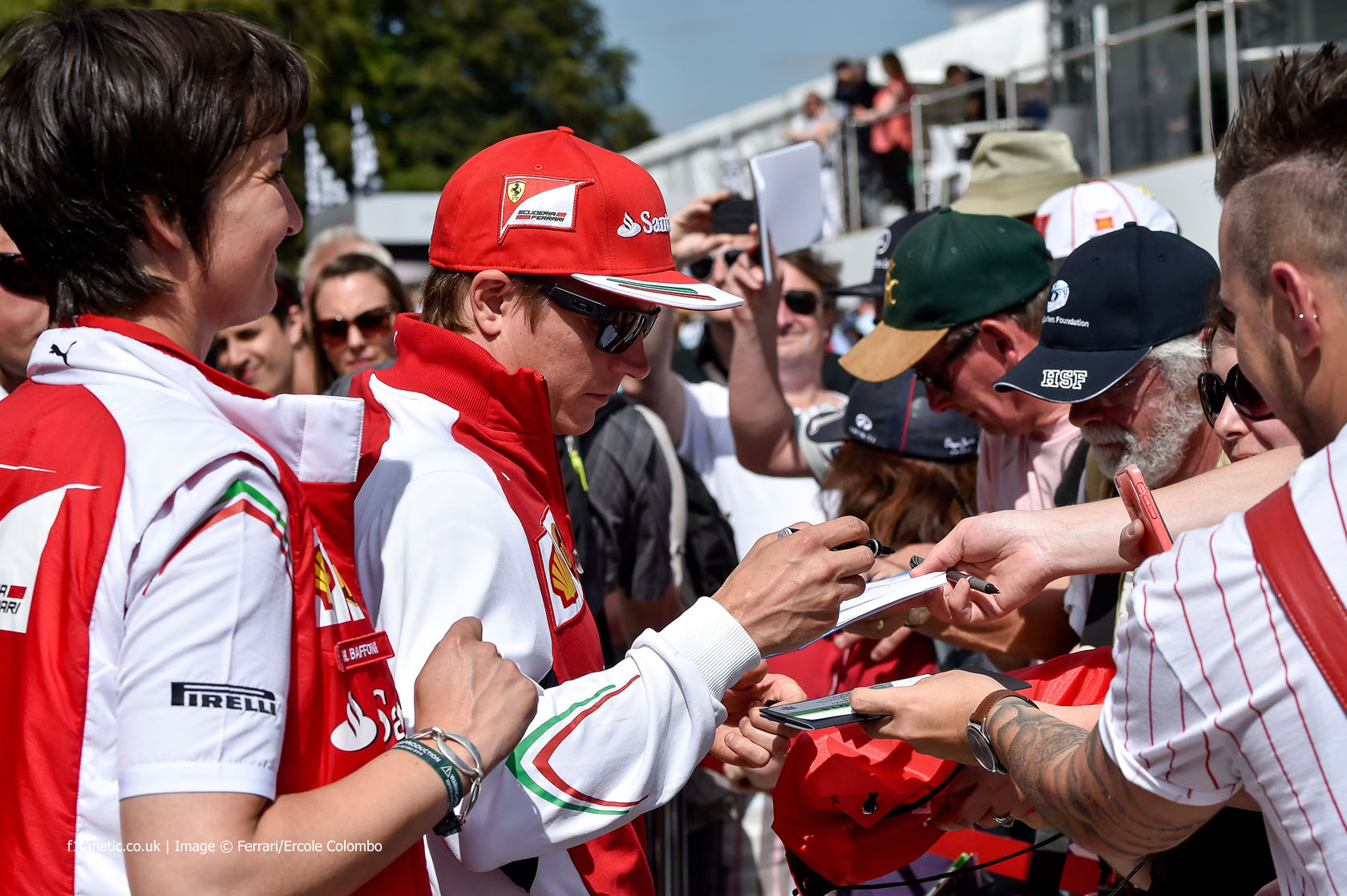 Kimi Raikkonen joined fellow F1 world champions Lewis Hamilton and Jenson Button at the Goodwood Festival of speed and was reunited with the Ferrari F2007 he won the world championship with in 2007.

He accompanied another of Ferrari’s world champions, John Surtees, who was celebrating the 50th anniversary of his 1964 title victory.

Another driver marking the anniversary of one of his championship triumphs was Emerson Fittipaldi. He took to the hill in the McLaren M23 he clinched his second title in 40 years ago.

Here they are along with more of the F1 stars at the Goodwood Festival of Speed.

12 comments on “Raikkonen joins F1 stars at the Goodwood Festival”