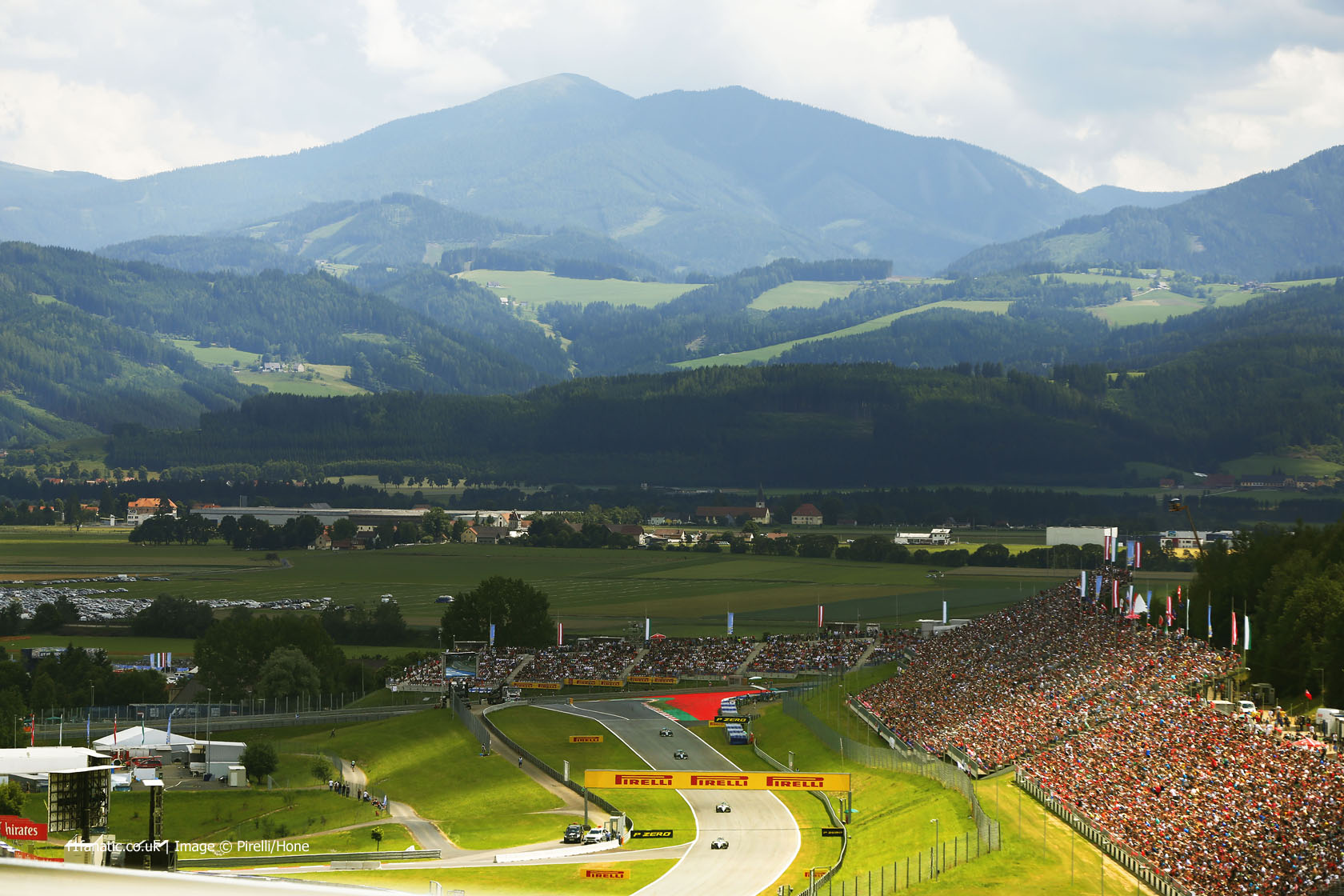 Formula One’s return to Austria following an absence of more than a decade got a largely positive reaction.

Fears were raised over traffic congestion on Thursday but that proved not to be a major dampener on the rest of the weekend. It could even be construed as a symptom of what was a nice problem for the organisers to have – namely that the race attracted a sell-out crowd.

The Red Bull Ring itself was in fundamentally the same configuration as it had been back when it was called the A1-Ring. During its last seven-year spell on the calendar it gained a reputation for producing unpredictable races.

Much of the 1997 grand prix was led, to widespread surprise, by Jarno Trulli’s Prost. The following year Michael Schumacher went off while pursuing Mika Hakkinen, and in 1999 Eddie Irvine snuck a win after the two McLarens tangled on the first lap.

This year the grand prix was memorable more for the qualifying session than the race, as the deceptively simple track caught out Lewis Hamilton and several others, allowing Felipe Massa in to lead a popular front row lock-out for Williams.

But despite the track’s qualities one line of criticism popped up rather too often. The Times*, for example, judged that “at 2.7 miles, it is, well, miles too short and has too few corners”.

The pedantic response to this would be to point out that the FIA’s minimum length requirement for grand prix circuits is 3.5km, so the 4.3km Red Bull Ring is in full compliance. As is Brazil’s Interlagos, despite being 17m shorter than the Austrian track.

And if we’re going to start kicking out tracks for being too short we’ll have to start with the 3.3km Circuit de Monaco. But of course that is exempt ‘because it’s Monaco’.

A more convincing response to the charge that the Red Bull Ring is too short for F1 is that the current world championship calendar is badly in need of variety.

Shorter tracks have advantages of their own even when, as in the case of the Red Bull Ring, they have the fewest number of corners (officially nine to Monza’s eleven) and the shortest lap duration. For example, the spectators at the track get to see more of the action for their money as the cars come by more often.

On a short track with few corners the performance differences between cars counts for less but the potential cost of a driver error is higher. A point reflected by the fact that Mercedes’ occupation of the front row of the grid was ended in Austria and not due to the random factor of a rain-hit qualifying session.

For the same reason the field doesn’t spread out as quickly once the race begins. Was anyone complaining that as late as lap 26 the top five were still covered by less than 2.9 seconds? The fact that grids of 22 or more F1 cars have raced happily on the streets of Monaco for years suggests the FIA’s minimum length for F1 circuits is higher than it needs to be.

When F1 was rumoured to be considering a return to former venue Long Beach it was noted that the circuit would have to be extended from its current 3.1km configuration to meet the FIA’s needs. This is baffling as IndyCar grids, with more entrants than current F1 fields, have raced on that layout for years. The clue is in the name: Long Beach is not too short.

The simplistic view that longer is better for racing circuits was what led F1 to use the extended version of the Bahrain International Circuit in 2010. This succeeding only in doing what many thought impossible: making Bahrain an even less appealing venue for a race.

(Incidentally, asked later which of Bahrain’s four track configurations should Formula One use, what did F1 Fanatic readers prefer? Yes, the shortest one.)

Of course this is not to say the all short tracks are great and all long tracks are rubbish. What the F1 calendar needs isn’t circuits of a fixed optimum length, width or configuration of corners, but venues with variety.

Not every layout must be hewn from the same five-and-a-half kilometre, 90-second lap time cookie cutter. Let’s have short tracks, long tracks and intermediate-length tracks. Roads that wind through hills and twist through streets. Stop-start brake-killers and high-speed rollercoasters. Indeed – as Jenson Button pointed out – one of the refreshing things about the Red Bull Ring was that drivers spent more time in the quick corners than the slow ones.

The Red Bull Ring will never be held up as the finest example of track design as long as it appears from above as an abbreviation of the once-mighty Osterreichring. But compared to some of the horribly uninspiring venues F1 has raced at since it has a unique appeal, plenty of gradient and fabulous scenery. A good thing in a small package.

56 comments on “The strange snobbery about short tracks”