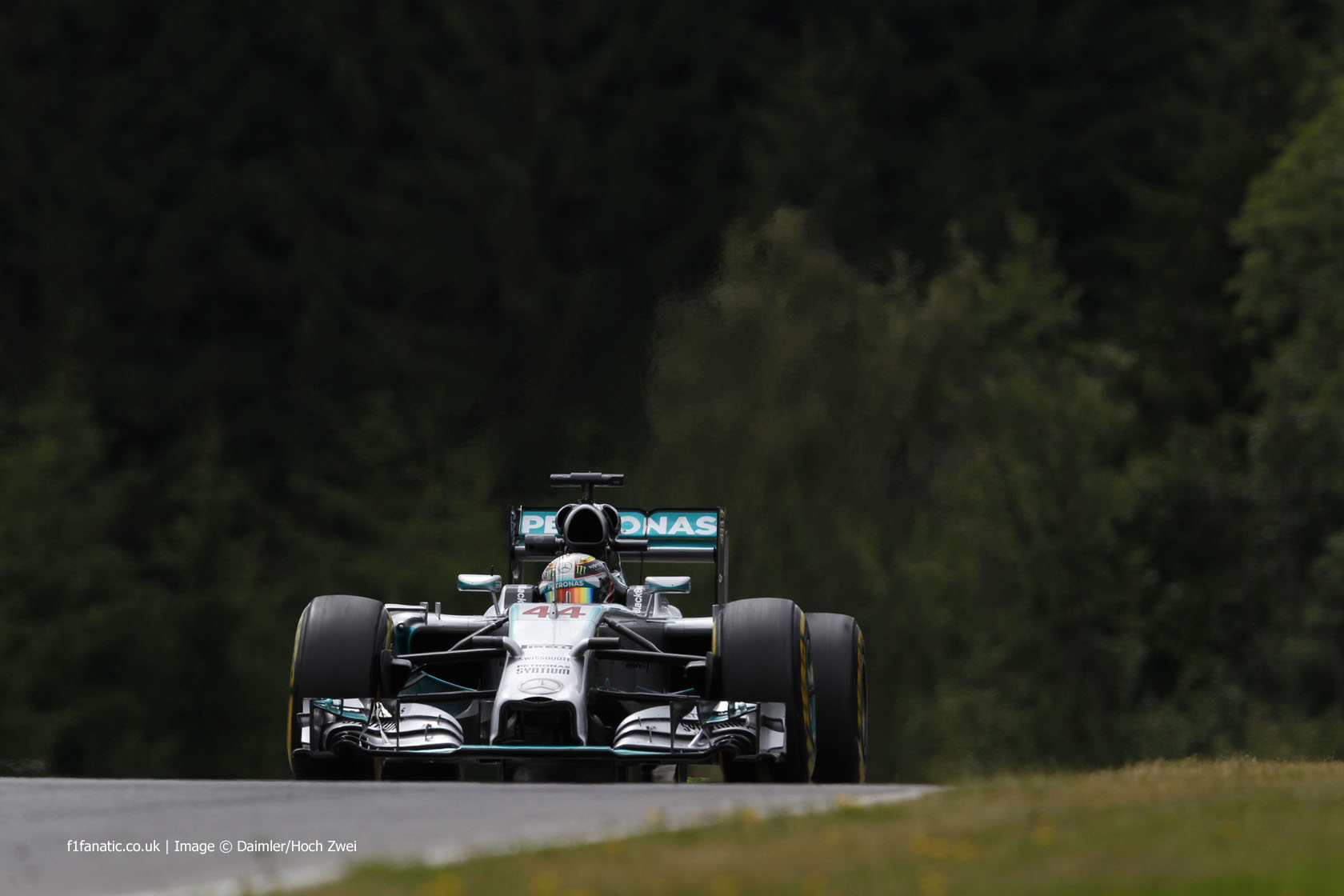 In the round-up: Lewis Hamilton says his slow pit stops didn’t cost him victory in Austria, and said he was partly to blame for one of them.

“They had some problem with my left-front wheel on one of them and I think on the first one I was a little bit long [in hitting his marks in Mercedes’ pit box]. I overall lost two seconds in pit stops, so valuable, but it wouldn’t have put me first.”

“Asked if he was worried that the current 22-car entry might shrink, Ecclestone replied: ‘In fact, I would be happy. It’s like a poker game. You don’t know the other players.'”

Five things we learnt at Austrian Grand Prix (The Telegraph)

“Some sources have suggested that Bernie Ecclestone, via intermediaries, has let it be known that if the EU were to get involved all subsidy payments would be temporarily put into a holding account, leaving the smallest teams desperately short of cash.”

“Even with the qualifying mistake, he said: ‘It was my mistake.’ That’s all. He made up for it right away in the race.”

Montezemolo, there is no alternative to Etihad (Ansa)

Luca di Montezemolo: “I have a big passion for Abu Dhabi. My personal relationship with that country is very deep.”

“It’s a struggle to harvest enough energy through what is a short lap to have full power available for that long three-straight stretch. So the harvest rate has to be quite aggressive – which puts a big demand on the rear brakes.”

After the brakes problem we had during the race, we been able to finish… absolutely not where we want to be!.. Is time to push more & more

I'm very surprised that Mr. E didn't insist that a title sponsorship deal was part of the agreement to see #F1 return to @redbullring.

@WilliamStuart wonders just how quick the Mercedes can go.

I wish the FIA weren’t so harsh on reliability this year, were already seeing Vettel on the verge if getting penalties for use of components, and the racing is not as good because teams would rather finish fourth rather than risk an engine or ERS.
@WilliamStuart

Nelson Piquet won his second race in a row 30 years ago today, holding off a late charge from Martin Brundle in the Detroit Grand Prix.

Here’s Brundle closing on Piquet in the final laps: