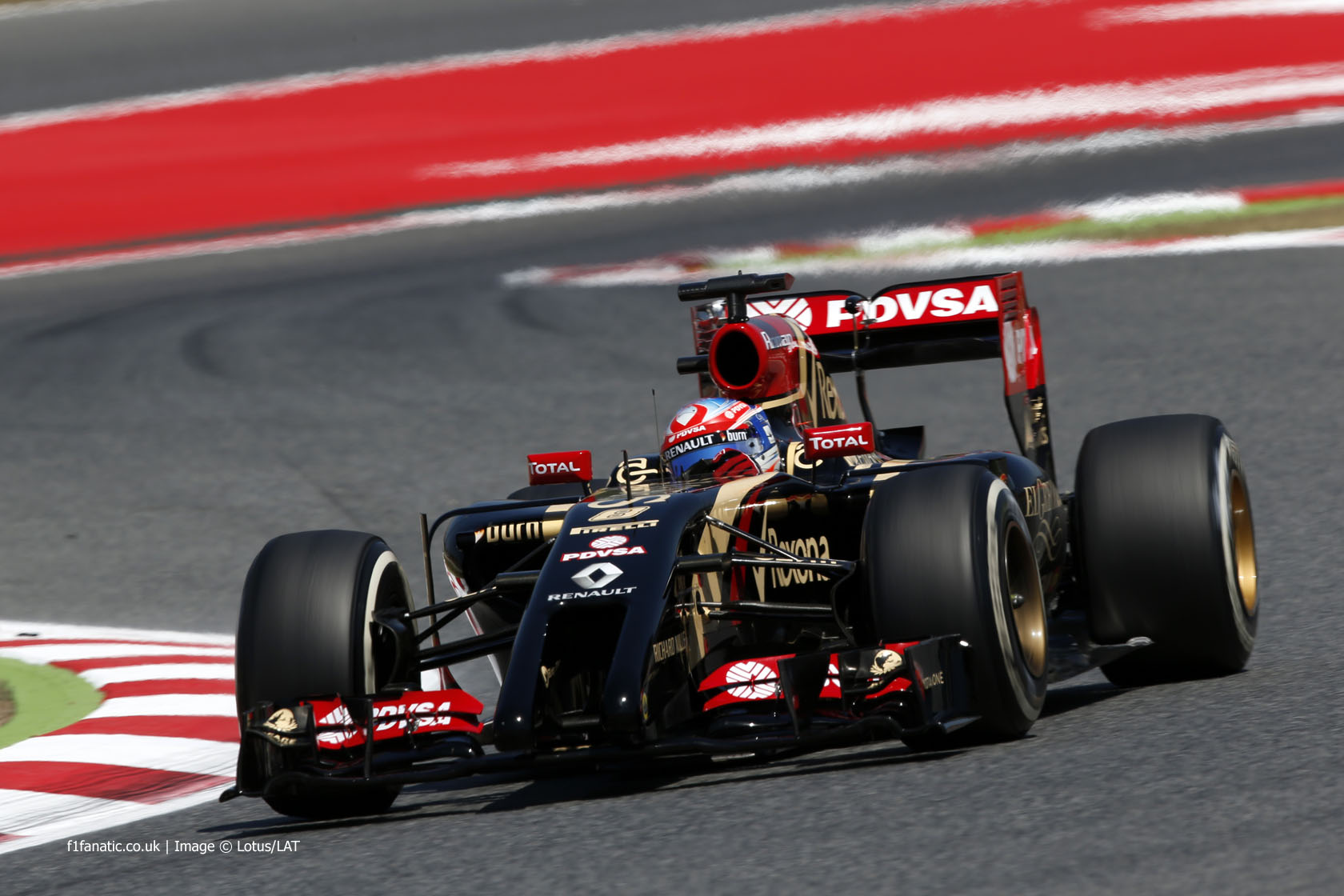 In the round-up: Romain Grosjean says Lotus’s biggest shortcoming at the moment is a lack of power.

‘What we need is power’ – Grosjean (ESPN)

“I think what we need is power and that’s not something that I will feel easily. If you give me 20 horsepower more I will just go quicker on a lap time and I won’t see the difference.”

“Everybody agreed. We’re all in the entertainment business. The people in the stands don’t understand the new regulations. They want aggression, they want a gladiatorial contest.”

“I thought everything was going to be worse. I thought the cars were going to be unreliable and I thought half the field would be stopping.”

The Destination Is Domination (McLaren)

“Make no mistake: 2014 is unlikely to be a vintage season, but there’s big-picture thinking going on down at Woking, and, as Ron so persuasively says, the destination is domination.”

Among the best suggestions for yesterday’s Caption Competition were those from FlyingLobster27, OmarR-Pepper,Todfod, Maxthecat, 17th May 2014, 18:49 and Alex McFarlane.

But my favourite was this one from @Robbie: Luca and a co-conspirator initiate Marco Mattiacci with the old shaving-cream-in-the-headphones gag. Ferrari have opened a new showroom in Azerbaijan’s capital Baku, where F1 is tipped to be racing from 2016.

On this day 45 years ago Graham Hill scored his final grand prix victory at the circuit where he’d eanred the nickname ‘Mr Monaco’.

It was his fifth win in the principality, a feat only bettered by Ayrton Senna.

The other two places on the podium were taken by privateers: Piers Courage was second in a Brabham entered by Frank Williams and Jo Siffert was third in a Rob Walker-run Lotus.

123 comments on “Lotus in need of power boost – Grosjean”