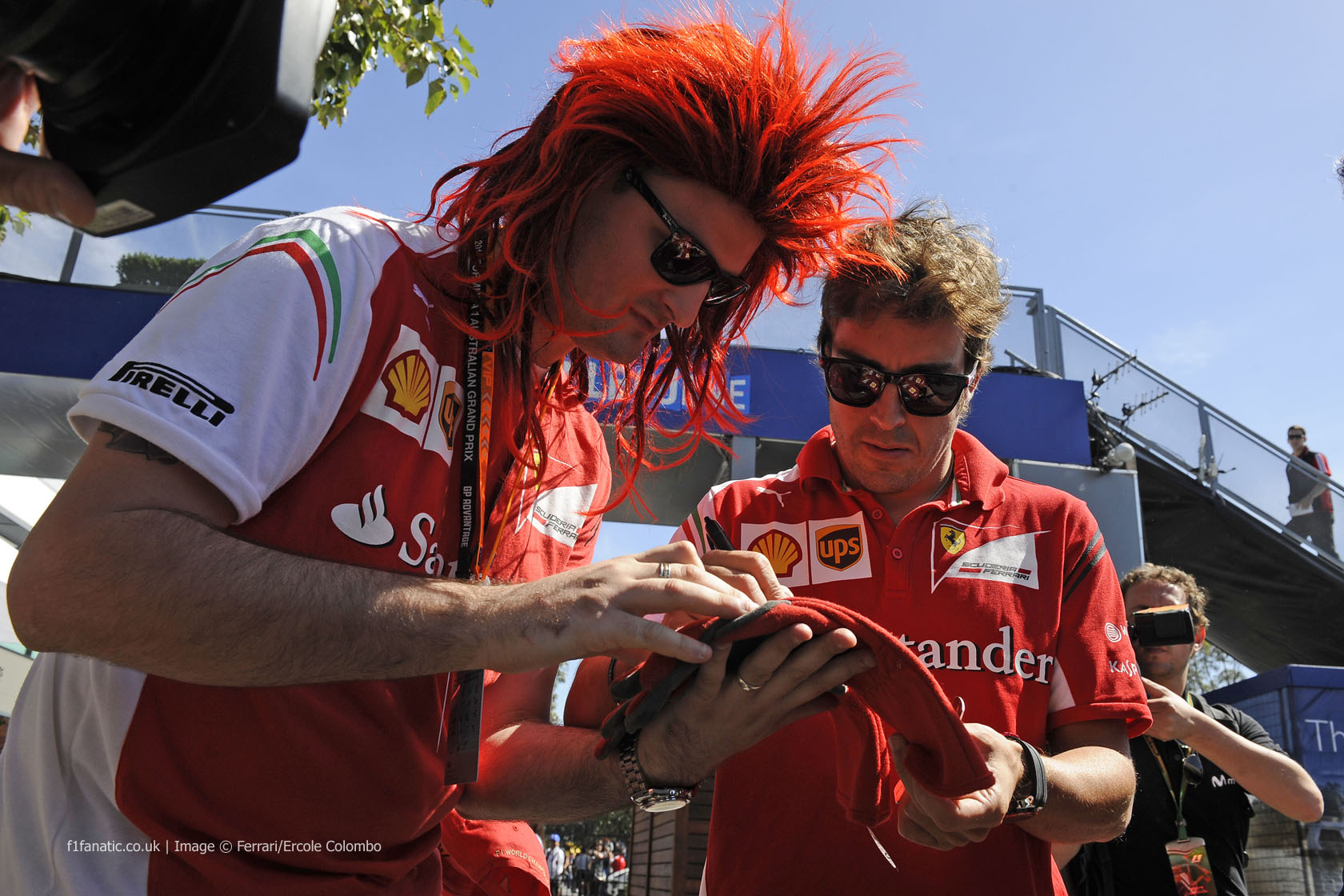 According to Ferrari, 83% of fans are unhappy with the new Formula One rules.

Ferrari say fans “dismiss it mainly because of the drivers being forced to lift off to save fuel” and also because “the fans don’t like the noise from the new engines and are confused by rules that are too complicated”.

The poll asked the question “Do you like this new Formula 1?” and presented respondents with the options “Yes” and “No”.

Nowhere in the poll did Ferrari ask about the impact of the fuel rules, the noise of the engines or the complexity of the new formula. The poll results give Ferrari no justification for asserting that fuel conservation, noise or complexity are why those who responded are criticising the sport.

The poll options also did not ask how strongly fans hold their views. Professional polling organisations use five- or seven-point scales to gauge how deeply people care about particular subjects.

F1 Fanatic often adopts a similar approach. To take engine noise as an example, here’s the outcome if you invite F1 fans to indicate the strength of their views on this aspect of Formula One in 2014:

The mechanism of Ferrari’s poll is also suspect. It seems no steps were taken to guard against one person voting multiple times – a common problem with online polls, and the reason why F1 Fanatic requires user registration for participation in votes.

Ferrari themselves noted a large swing towards the ‘no’ vote after the Malaysian Grand Prix. They believe it was because fans were turned off by the race, but it might just as easily have been the work of one motivated person with the technical aptitude to clear the very low hurdle to manipulating the poll. Simply visiting the page using different browsers was enough to make your opinion count more than once.

We should also consider the make-up of the audience of Ferrari’s website. Is this a group of fans who predominantly watch Formula One out of their passion for the sport, or out of their devotion to Ferrari?

There’s nothing wrong with having a favourite team or driver. But a poll question as crude as “Do you like this new Formula One?” hardly invites respondents to make a distinction between liking a result and liking a race.

It would not be too much of a stretch to suggest the responses mainly came from Ferrari fans whose enjoyment of a race is largely determined by how well the two red cars performed. Had Fernando Alonso and Kimi Raikkonen won the first two races instead of Nico Rosberg and Lewis Hamilton, we would have seen a very different result.

None of this is to say that there may not be legitimate concerns over the quality of the first two races of the season, nor that some fans haven’t expressed concerns over some of the same issues Ferrari have raised.

But Ferrari’s poll tells us next to nothing of use in this discussion. Responses to that question cannot distinguish between whether F1 fans are objecting to the noise, fuel saving, double points or Lewis Hamilton’s haircut.

It comes as no surprise Ferrari have published the results while Luca di Montezemolo is lobbying Bernie Ecclestone to make urgent changes to the sport four days after Ferrari finished behind their Mercedes and Renault-powered rivals in Malaysia. Seen in that context, this is a cynical attempt by Ferrari to hijack the debate over the state of Formula One and make a false claim to act as the voice of F1 fans in an attempt to bring in rules changes which will be favourable to them.

F1 Fanatic’s Rate the Race polls, which use a scale from one to ten, give a clearer indication of what fans thought of the last two races compared to those in the previous six seasons. Out of the last 114 races, the first two of this season ranked 58th and 85th.

Earlier today Alonso pointed out that not all sports produce thrilling events at every fixture. As argued earlier, after such wide-ranging changes those running F1 need to exercise patience to begin with and avoid making rash, knee-jerk changes to the sport.

We should pay attention to Ferrari’s two-times world champion driver, not its manipulative and unrepresentative ‘poll findings’.