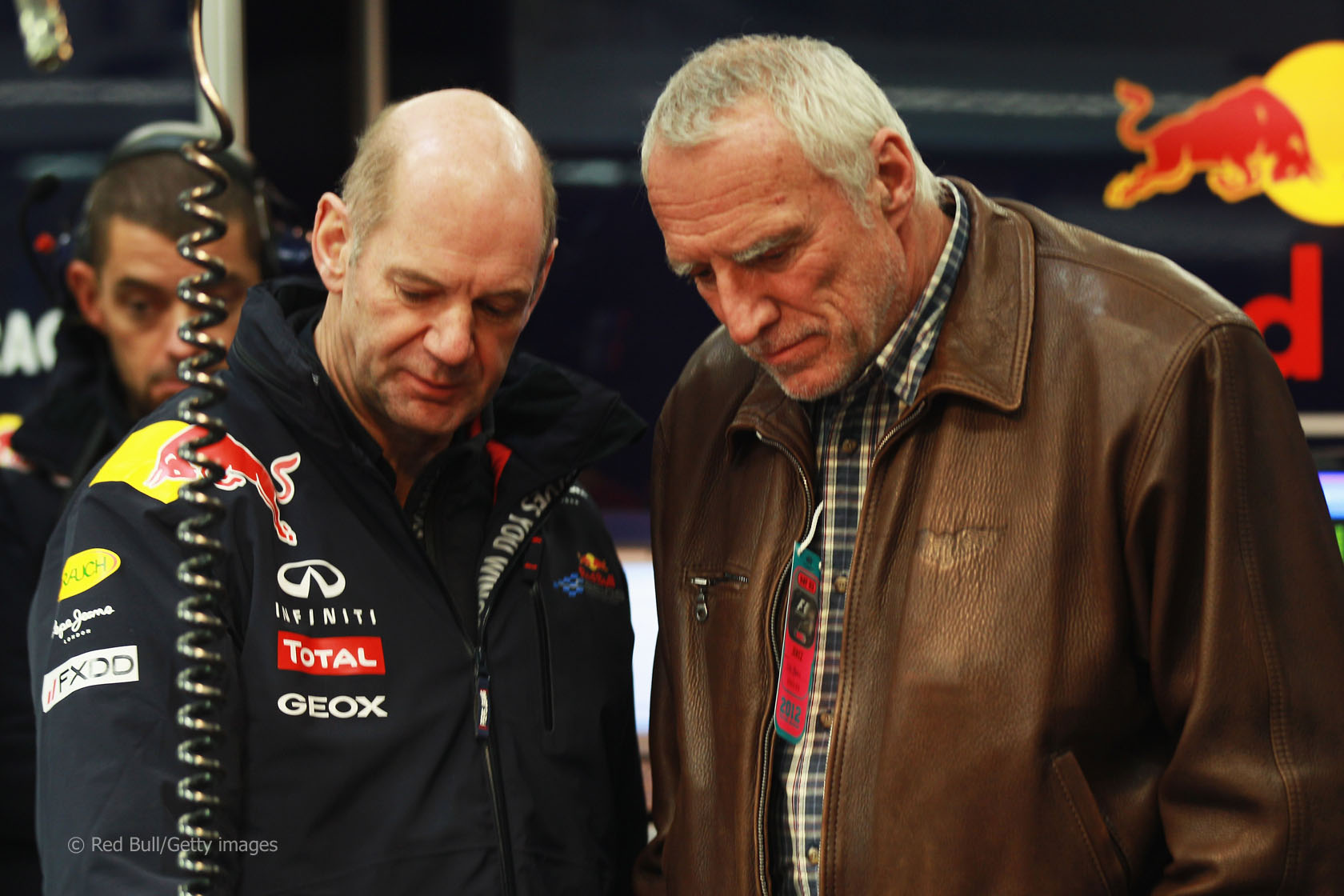 Red Bull owner Dietrich Mateschitz warns Red Bull could leave Formula One, criticising the quieter sound of the new cars and the move towards a fuel efficiency formula.

Mateschitz also criticised the “politicisation” of the sport and insisted the FIA’s fuel flow sensors have been giving inaccurate readings since the start of testing. Some translations of his quotes can be found here.

Pirelli motorsport director Paul Hembery: “We are taking the view that there is going to be a lot of development this year and there are going to be some big steps in performance.”

“For all there were various issues and problems, and certainly we experienced some circumstances on the fuel flow where we had to make some decisions, I think most of the teams made those decisions in accordance with how the FIA thought the teams would act, which is to err on the side of ensuring that your car is safe and legal at all times, which is the stipulation that’s in the Sporting Regulations.”

Comparison of the cars which shared the front row for the first race of the season.

“Rather than using a mechanical restrictor, similar to the way that boost pressure is restricted in turbo charged engines the FIA have chosen to monitor flow rate through an onboard data logger and impose a penalty should a team exceed the permitted limits. This requires a reliable method of measuring the flow rate while not affecting the flow itself so an ultrasonic sensor capable of sampling fuel flow up to 4000 times a second has been selected.”

The welcome sound of change (ESPN)

“Having kept journalists and broadcasters in the dark throughout the [2001] race, [Ron] Walker, as chairman of the organisers, chose to preface his remarks by announcing a record attendance figure. The next paragraph referred to the poor marshal, almost as an afterthought; as if the crowd figures were more important.”

“At least we now clearly know how Red Bull views F1 and it is not in the same spirit of participation as, say, Ferrari, McLaren and Williams. It is about ‘political influence’ and, presumably, winning every season.”

“If the new FW36 continues to go as well as it looks through the rest of the season there will be plenty more opportunity for Bottas to prove what only a few have seen so far and for that to be the launch pad for a great career. If it happens that way, the error he made in Melbourne will soon stop smarting. But if for some reason it doesn’t, if Melbourne turns out to be the most competitive the car ever was, then he’s going to carry that pain around for a long time.”

I'm seriously against go fund me pages for aspiring F1 drivers. Taking the odd £20 off your mates will make no difference to raising £500k +

Thanks @McLarenF1 @KevinMagnussen @jensonbutton for the book which just arrived. 300 pages of #f1 history & nostalgia pic.twitter.com/VqBTO82Phu

Some new functionality has been added to the groups and forums, details here:

Alain Prost won for McLaren on his return to the team in the Brazilian Grand Prix 30 years ago today.

Team mate Niki Lauda was in the running for victory until an electrical problem put him out, and a suspension failure due to earlier contact with Lauda did for Derek Warwick’s chances.