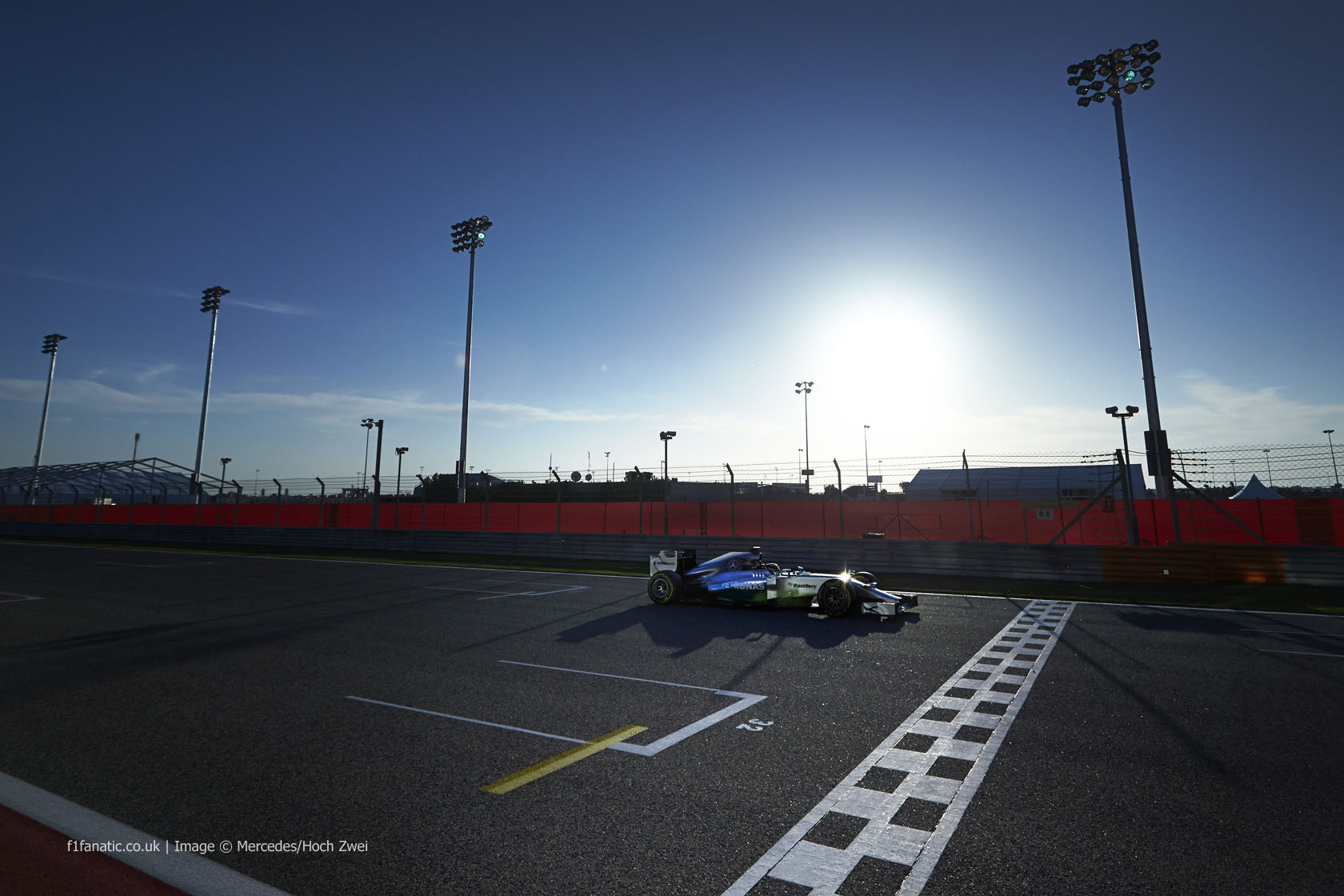 The pursuit of performance is what sets Formula One apart from almost every other sport.

At its best, F1 is a supreme sporting contest which goes beyond ‘man versus man’ (or woman); it is a contest at the bleeding edge of technological development. The space race on wheels.

Everyone has an opinion about the sport’s rules but I don’t envy those who have to write them. They have to strike a delicate balance between performance, safety, spectacle and costs.

The pace of development in Formula One is so intense the technical regulations are in a near-constant state of flux. From time to time incremental changes in the rules give way to revolutionary upheaval. This season heralds just such a overhaul.

Using an internal combustion engine for motive power was a thing of great wonder when it was pioneered in the 1800s. Two centuries later humankind faces challenges beyond simply getting from point A to point B in the minimum possible time. The new Formula One recognises the new consciousness of using energy in an intelligent way.

Racing cars and responsible energy use are not comfortable bedfellows. But the kind of pure research and development F1 can offer need not have a direct application to the cars you and I drive to be worthwhile. Honda, who turned their backs on V8 era F1 just five years ago but are on their way back already, understand that.

Replacing the eight-year-old V8 engine formula with V6 turbos featuring uprated kinetic and heat recovery systems is a fascinating technical challenge. The drivers are enjoying the challenging power delivery characteristics of the new engines. And pessimistic projections of cars being three seconds per lap slower have already been disproved.

Not all of the consequences of this bold change will be desirable. Testing form indicates Mercedes will have a considerable performance advantage to begin with, so we could be in for a processional start to the year. But it is likely to introduce new complexities to race strategy plus a significant increase in unreliability which should keep us guessing.

There’s no doubt some of the impact has been taken away from the sheer volume of the engines and that will be a disappointment to some. Personally I like the variation in texture between the sounds of the difference power units under the new rules.

But on balance the new engines represent a change for the better. It’s an encouraging sign of Formula One moving with the times and getting it right. Sadly its capacity for disappointment remains very much intact. With so much fascinating technology at the rear of this year’s cars, it’s unfortunate that as soon as they appeared so much attention was concentrated on the front of them. The latest generation of the world’s fastest road racing cars variously appear to have been victims of botched surgery or donned well-endowed codpieces.

It is perplexing how every recent iteration of the regulations yields some strange new design quirk: the ill-proportioned wings of 2009 and the unsightly steps of 2012 spring to mind.

Familiarity breeds contempt and sure enough some have already begun saying ‘I’m used to them now’. But place a modern Formula One car next to a pre-2009 grand prix racer and the gawky 2014 machine looks like a cheap imitation knock-off, or something cobbled together by the presenters of Top Gear.

Yet even this is not worth getting too concerned about. No one wants the cars to look bad – the fact that they do is merely a by-product of the regulations, one which will probably be eliminated with further tweaking.

Another of F1’s new rules, however, is deeply troubling. The double points season finale race reflects a growing obsession with chasing television ratings, one which is having an increasingly caustic effect on Formula One.

Of course some concessions need to be made to the television audiences and the revenue they bring. But double points represents a leap too far, one which fans, media and even some team members have rightly derided. Perhaps it will encourage a few more fairweather fans to tune in for the season finale, but how many of the 96% of fans who don’t want this rule or anything like it will have switched off long before?

FIA president Jean Todt tried to brush aside the furore in a recent interview, describing it as “a little fog in a big picture”.

Todt was a major advocate of the new engines. It’s not hard to understand his frustration that they might be overshadowed by a row over a poxy little rule which has no place in anything calling itself a sport.

However he is wrong to say it doesn’t matter. If, in eight months’ time, a new champion is crowned because of the extra bonus points they won in Abu Dhabi, that will be all this season is remembered for.

Formula One’s brave technological leap forward is a heartening reminder that when it get things right it can offer innovation and inspiration other sports cannot rival.

But the shame of this double points gimmick warn us that when F1 gets it wrong it becomes something much less compelling – a racing-themed reality TV product. The sport’s fans, participants and its rich heritage deserve better.