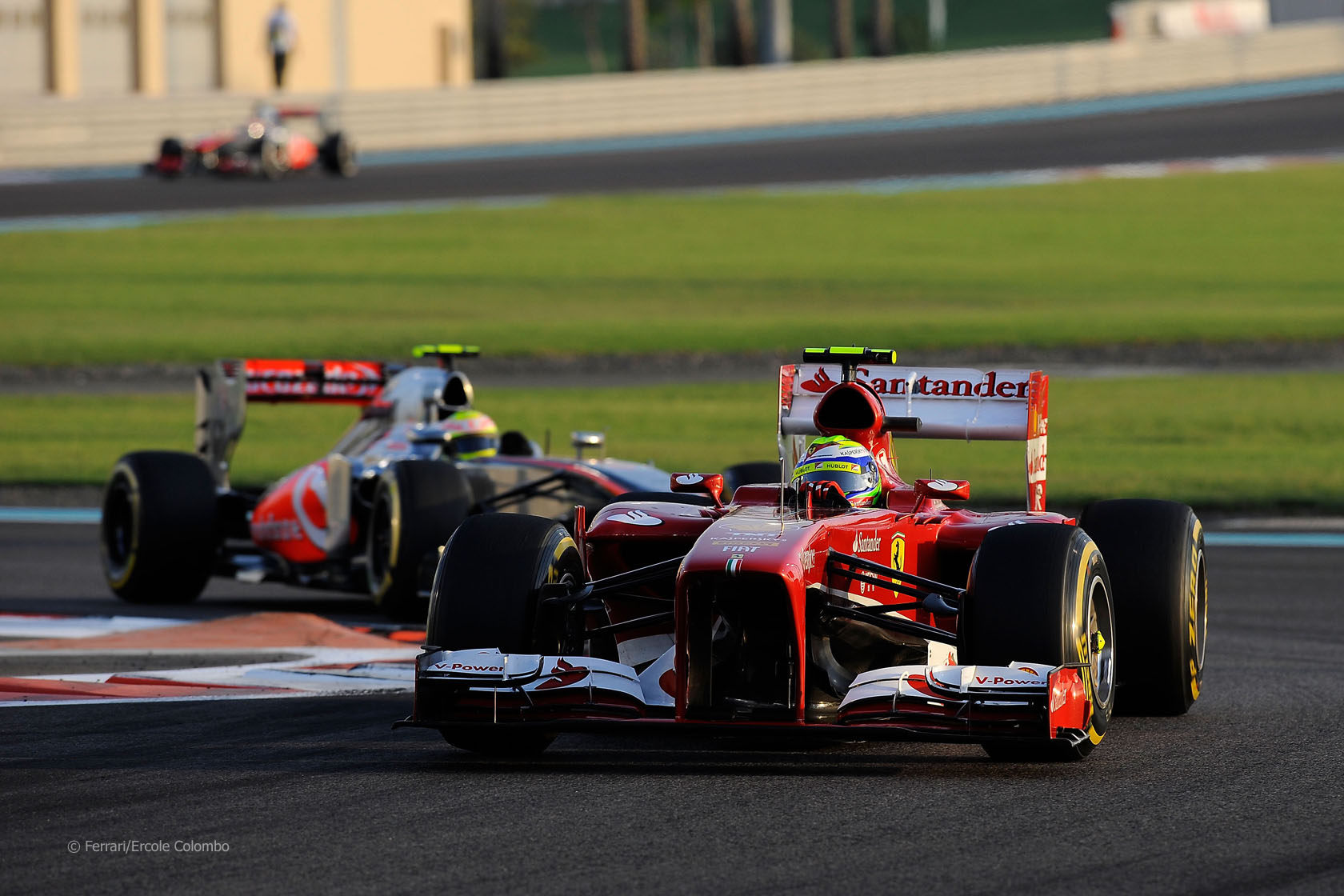 “At the final event of the championship points for both titles will be doubled.”

This controversial clause, added to article 6.4 of the 2014 Sporting Regulations last month, is to be debated again by the F1 Strategy Group in two days’ time.

Responses from fans to the rule have been extremely negative. In a poll of more than 800 registered F1 Fanatic readers 91% opposed the double points rule.

Critics of the rule described it as unfair, artificial and likely to make a mockery of the championship if it was decided the title in favour of a driver who benefited from it. Two wins at the start of the season will be worth less than one win and a tenth place at the end of it if the regulation is not scrapped.

The rule was proposed by Bernie Ecclestone after last year’s championship was decided with three races to go. Highlighting the knee-jerk nature of the plan, Ecclestone originally proposed offering double points for the last three races of the year, but amid opposition his proposal was watered down to a single race.

He now claims the scheme could not be dropped in time for the new season but might still be expanded to three races. This is obviously disingenuous and should not be taken at face value as he is the instigator and most ardent supporter of the proposal.

Emboldened by fierce criticism of double points from fans, journalists and past champions, and able to take advantage of Ecclestone’s political weakness, the Strategy Group could water down his plan even further and rid the sport of it completely.

In the six weeks since the rule was announced I have been inundated with emails, Tweets and Facebook messages from fans criticising the double points rule. I sympathise with this point of view and it’s encouraging to see major newspapers, media agencies and television news stations have picked up on the fans’ revolt against the idea expressed on F1 Fanatic.

I have had some requests to promote online petitions against the plan. Though well-intentioned, I feel they are flawed as the FIA, FOM and the teams have no reason to go looking at these websites in the first place and no reason to assume the results haven’t been rigged somehow.

If you want to make your point about double points to those who matter in the clearest and most effective way possible then contact them directly. Six teams are represented on the Strategy Group and some of them have already indicated their displeasure with the rule including Ferrari president Luca di Montezemolo and Red Bull team principal Christian Horner.

Here’s how to contact the six Strategy Group teams on your favourite social network and by more traditional means:

It’s not unheard of for the rules of F1’s points system to be changed this close to the start of the season. The last such change occurred in February 2010. The vast majority of F1 fans are hoping for the same this year to eradicate the folly the sport embarked upon during the off-season.