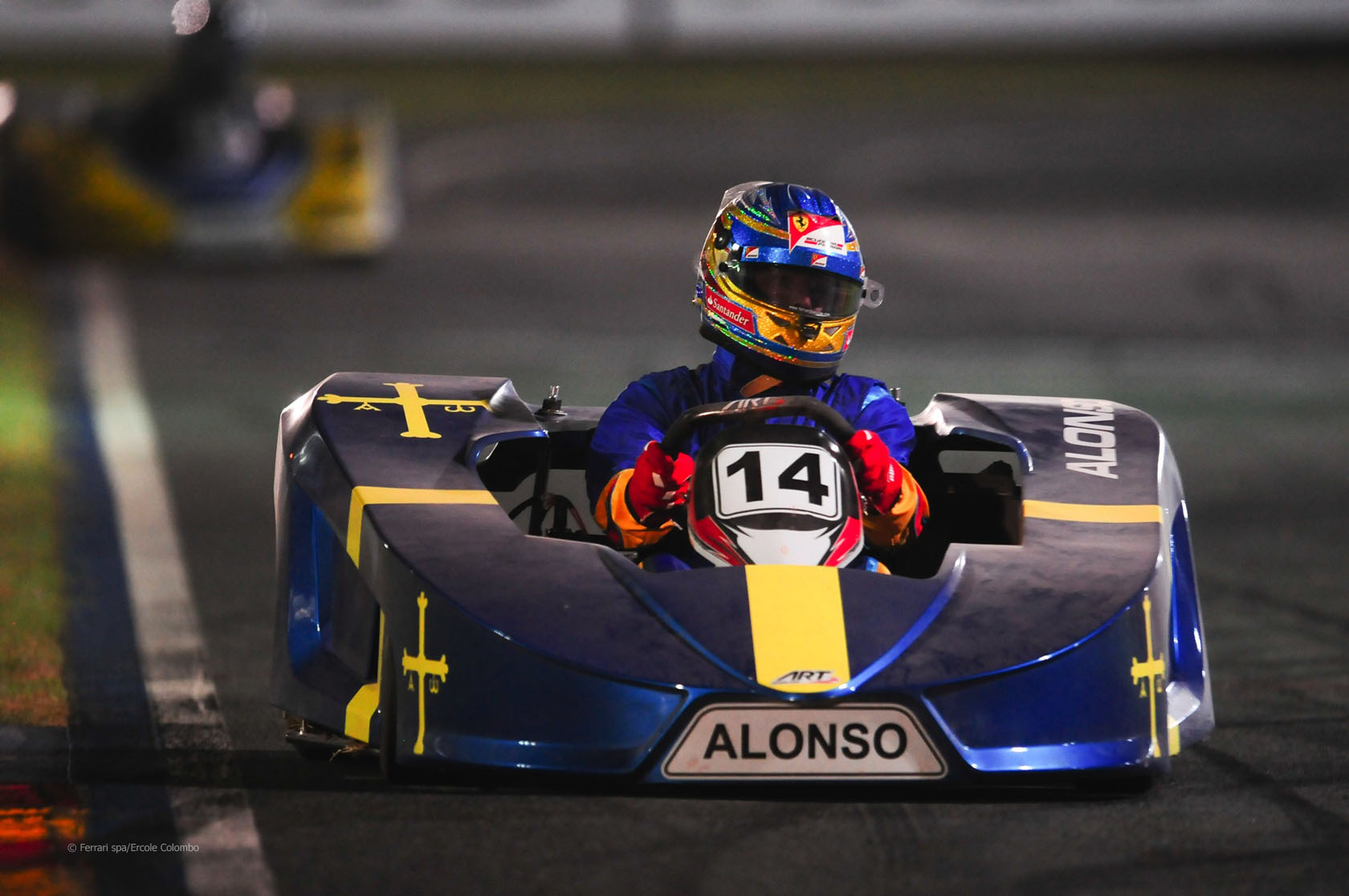 F1 drivers have been allowed to choose the numbers they will use for the rest of their careers for the coming season. The new rules will also require drivers to carry their number on their helmet.

Here’s a closer look at what they have chosen picks and the significance – if any – of their preferred numbers.

When each number last appeared

Here are the numbers chosen by each of the drivers so far and when they were last used in a round of the world championship.

The numbers to be used by Max Chilton and Caterham’s two drivers have not yet been confirmed. There are two outcomes to this year’s world championship for Sebastian Vettel: he will either win title number five or become number five.

As world champion, Vettel gets to continue using the number one this year. But should anyone take the title off him this year he will switch to his chosen career number – five – in 2015. Appropriately for the driver who won an incredible nine races in a row at the end of last season, one and five are the two most successful numbers of all time in F1, accounting for more than two-thirds of all grand prix victories.

The number one has regularly been used by the reigning world champion for the last four decades. The last non-champion to start a race with the number was John Watson at the 1985 European Grand Prix at Brands Hatch when he substituted for the injured Niki Lauda.

Fittingly, Vettel had both numbers on his car when he won his first race for Toro Rosso in 2008 and when he moved to Red Bull the following year – on each occasion he was number 15. He won his first world championship in 2010 as number five.

Ricciardo’s choice was inspired in part by a number which was famously associated with a great driver in another series. It was the number used by seven-times NASCAR champion Dale Earnhardt, who died in a crash at Daytona in 2001. “Dale Earnhardt was a hero of mine as a kid,” said Ricciardo in 2011. “I loved watching NASCAR and he was ‘The Intimidator’.”

Ricciardo himself used the number in karting and during his 2011 Formula Renault 3.5 campaign before it was interrupted by his promotion to Formula One.

Nico Rosberg chose number six as it was what his father Keke had on his Williams when he won the world championship in 1982.

Raikkonen will continue to use the number he had on his car last year. He wasn’t the only driver who wanted number seven – Jules Bianchi also expressed a preference for it, but first call on it went to the driver who finished ahead in last year’s championship.

Raikkonen’s former team mate will also have the same number as last year.

Perez is one of several drivers to have chosen a number he had on his kart when he started out in motor racing.

“I always had 11 when I was a kid in karting,” he said. “I have no idea why but since I was a kid I always identified myself with that number.”

Teams could choose the numbers they wanted until 1996, when the FIA decided to allocate them based on constructors’ championship finishing position. The sport’s governing body also decided to withhold the number 13, due to the superstitious belief held by some that it is unlucky.

But no sooner did the FIA lift the restriction that the number was snapped up by Pastor Maldonado. It was not his first choice of number (like Ricciardo, he also wanted three) but Red Bull test driver Antonio Felix da Costa also expressed a desire to use 13 if he had the chance.

It has only been used in a race once, when Moises Solana drove a BRM at his home race in Mexico in 1963. He was classified 11th, his car having broken down eight laps from home. That was his first of eight grand prix appearances but the only time he used number 13. Divina Galica also failed to qualify a Surtees bearing number 13 at Brands Hatch. Bianchi didn’t get any of his first three choices of number – 7, 27 and 77 – each of which were taken by drivers who finished higher than him in the championship last year.

Massa used number 19 when he won the 2001 Euro Formula 3000 championship before moving up to Formula One with Sauber the following year.

The only driver besides Schumacher to win a race in a car with the number 19 is Nannini, who started the most races with the number. He won the 1989 Japanese Grand Prix with it following Ayrton Senna’s controversial disqualification.

Kevin Magnussen won the Formula Renault 3.5 championship last year in car number 20 and will continue to use the same number for his first season of F1. Father Jan Magnussen used 18 and 19 in his last two years of F1 in 1997 and 1998 respectively.

Gutierrez considers 21 his lucky number but it is the lowest number only to have won a single race. Fisichella used it in his first and last seasons. The number 22 has obvious significance for Button – it’s the number he had on his car when he won the world championship in 2009.

Coincidentally, Hamilton had the same number on his car when he won the championship the year before. Unusual circumstances explained why the pair acquired those numbers. McLaren’s 2007 exclusion from the constructors’ championship over the ‘Spygate’ affair meant they took numbers 22 and 23 for the following season. Button took Hamilton’s number the following year after Honda’s abrupt withdrawal from the championship and the team’s consequent change of identity to Brawn.

Andrea de Cesaris used this number for six seasons and started more than twice as many races as any other driver with 22 on his car.

So far the only team whose cars will continue to have consecutive numbers are Toro Rosso, whose drivers have picked 25 and 26. This pair of numbers was commonly used by the Ligier team and both the races won with number 25 were achieved by their drivers (the first being Patrick Depailler at Jarama in 1979).

Vergne used number 25 when he was karting.

This is the first of the numbers which hasn’t been seen in a race since 1995, which was both the last season to see a full grid of cars and the year before the numbering system was changed.

Jacques Laffite had 26 on his car for most of his F1 career. Associated for a long time with the Ligier team, he first used the number when he joined the team in 1976 and it was still on his car ten years later when he crashed badly at Brands Hatch, leaving him with leg injuries that ended his career.

If any number demonstrates the power of association with a particular driver it’s 27: the number used by the venerated Gilles Villeneuve at the time of his death in 1982, which his fans continued to bear on flags around the world for years to come.

Despite the connection between Villeneuve and the number 27 his later Ferrari successor Michele Alboreto started more races using it, as did Alan Jones, Patrick Tambay and Jean Alesi. The latter scored an emotional win for Ferrari with the number at the track named after Villeneuve in 1995. That year was the last appearance to date for this number, which was also used by Alain Prost, Ayrton Senna (pictured) and Nigel Mansell.

Hulkenberg isn’t the only driver who wanted the historic figure on his car, and he must be aware he’s inviting comparison with the best the sport has ever seen by choosing it.

Hamilton joins the ranks of drivers who have returned to their old karting numbers with the distinctive choice of 44. Here he is using the number earlier in his career:

The number 44 has only appeared on a winning Formula One car once, back when Hamilton’s Mercedes team made its original appearance in the sport. But it wasn’t on one of their cars – Ferrari’s Maurice Trintignant ended a four-race winning streak for the three-pointed star at the 1955 Monaco Grand Prix.

The appeal of the number 77 to Williams’ sophomore driver is that it gives him a distinctive way of writing his name is block capitals – BO77AS. It last appeared on an F1 car when Rolf Stommelen lined up on the grid at the Nurburgring Nordschleife for the start of the fateful 1976 German Grand Prix. ‘career numbers’ next year”>allowed them to choose from 2 to 99. The highest number previously seen in an F1 race is 136, used by Rudolf Krause at the 1952 German Grand Prix.

Although the number 99 has been used to win a round of the world championship – by Lee Wallard at Indianapolis – it has never appeared on an F1 car at a world championship race (the Indianapolis 500 was not run to F1 rules when it counted towards the title). So Sutil will make a small piece of history when he takes to the grid is his number 99 Sauber in Melbourne in two months’ time.