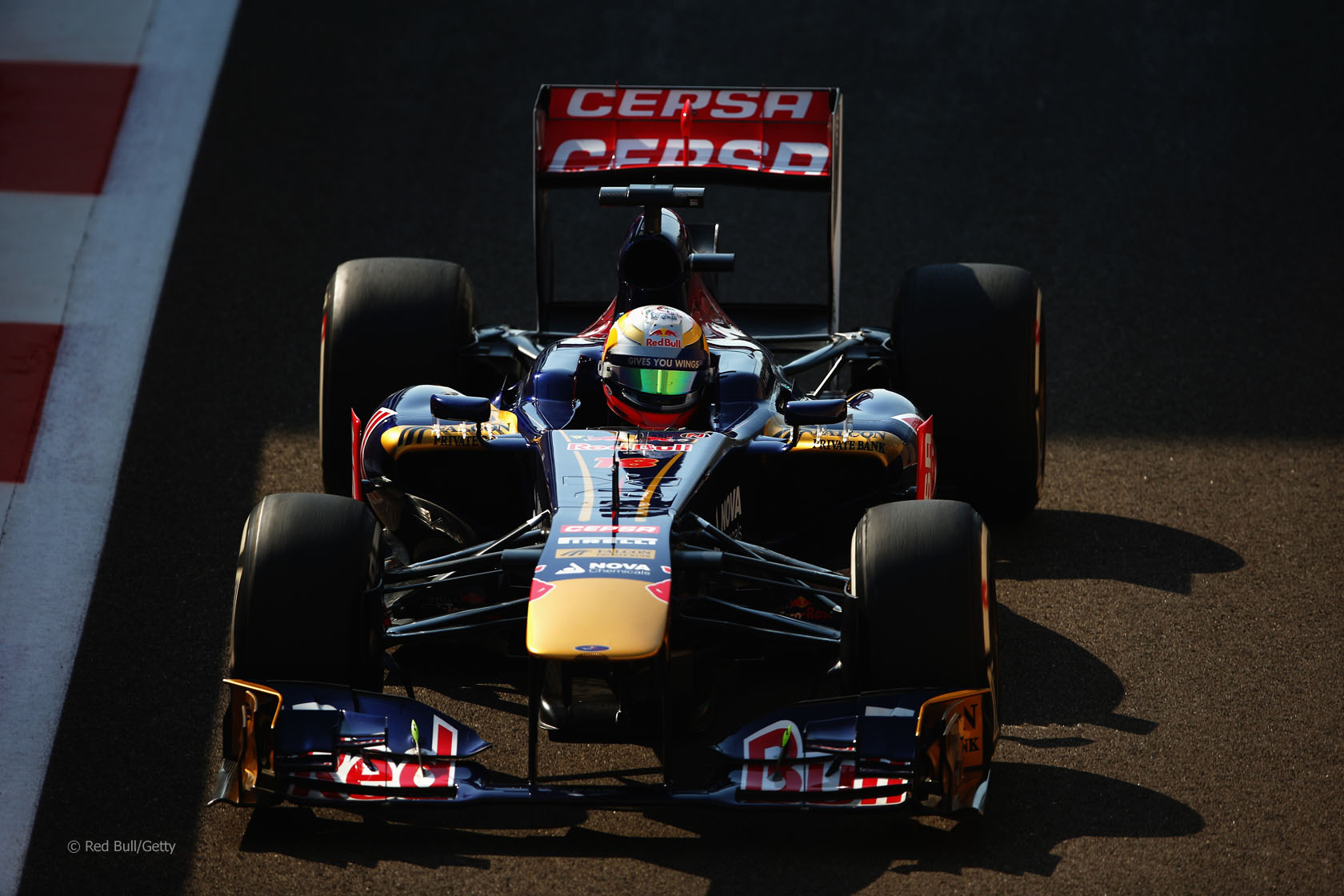 Last year Dietrich Mateschitz demanded “significant improvements” from his second team, which had only finished in front of the point-less 2010 entrants. Team principal Franz Tost set a target of sixth in the constructors ‘championship.

It’s doubtful either were happy with the end result. Toro Rosso moved up one place this year but you could argue this owed more to Williams slipping backwards than Toro Rosso making serious gains.

However the team did fulfil what is arguably its true purpose for the second time in its eight-year existence: it provided a new driver for sister team Red Bull.

Daniel Ricciardo will join 2008 Toro Rosso graduate Sebastian Vettel at Red Bull next year having impressed the team more than Sebastien Bourdais, Sebastien Buemi, Jaime Alguersuari and Jean-Eric Vergne did in the meantime.

The team invested considerable effort in raising its game this year with the hiring of James Key from Sauber as technical director. The STR8, penned by chief designer Luca Furbatto (another recent recruit), did away with the steeply undercut sidepods of its predecessor which he said had “proved difficult to develop”.

In terms of performance the STR8 seemed a modest step forward. Toro Rosso were firmly rooted in the mid-to-rear portion of the midfield for much of the season. But in Canada a strong qualifying performance by Vergne set him up for an excellent run to the team’s best result of the year, sixth. It was the kind of performance that hinted at his potential but eluded him for most of the year.

Ricciardo performed more consistently but it’s his superior qualifying record (he beat Vergne 15-4 with more than twice as many Q3 appearances) which marks him out as a potential front runner.

But as Toro Rosso continue to tread water in the midfield the most interesting thing about their season with the selection of Ricciardo’s successor. The likes of Antonio Felix da Costa and Carlos Sainz Jnr were passed over for 19-year-old Daniil Kvyat. Following his appointment Kvyat scooped the GP3 title and impressed in a wet practice session in Interlagos, marking him out as one to keep an eye on next year.