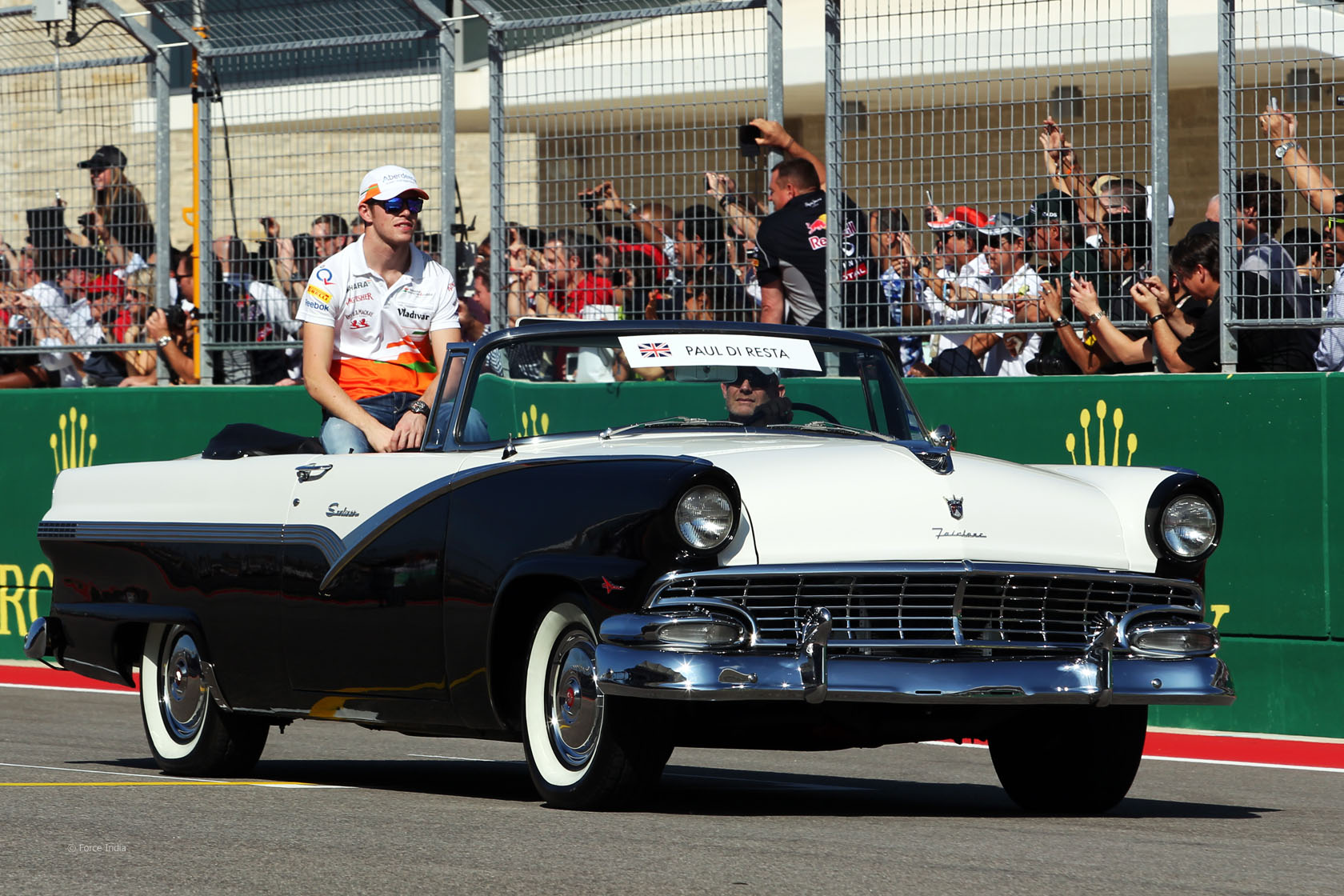 In the round-up: Paul di Resta says he could move to IndyCar if he loses his F1 seat.

“I’ve always been slightly concerned about the safety of it [IndyCar], but sitting down and looking at it logically, it’s a serious option to look elsewhere because of the success [cousin Dario Franchitti] has had.”

“Red Bull has a one-second advantage, so they can put whatever exhaust blowing or engine in their car and they are still on pole.”

“Entering Q3 is difficult, entering the points is difficult, so we need to improve for the next race. But in a way I secured second place in the drivers?óÔéĽÔäó world championship today, which I think with the actual car we have is world champion of the rest.”

Mark Webber on Helmut Marko’s claim his rift with Sebastian Vettel began when the pair collided in the 2007 Japanese Grand Prix: “He?óÔéĽÔäós wrong. It was a good fight with Lewis (Hamilton) and Seb. Actually it wasn?óÔéĽÔäót Lewis?óÔéĽÔäó best time in that Safety Car phase back then. There was no serious issue with Seb.”

“‘One day we’d like to float the company,’ CVC co-chairman Donald Mackenzie told reporters as he left court after giving evidence in a damages case involving Ecclestone. ‘We’ve got no plans to do that in the imminent future.'”

“I don’t think we’re far off the pace of any car apart from Red Bull, and maybe the Lotus of (Romain) Grosjean is a bit too far ahead.”

“There will be a change. I don’t think any team can lose someone of [Peter Prodromou’s] calibre without it having an impact.]

Stefano Domenicali: “Of course we know the situation. With the specific situation of Kimi there will be no problem at all.”

Bernie Ecclestone’s recent troubles have invited differing views on what the most powerful in Formula One has done for the sport:

I?óÔéĽÔäód agree with you that he actually did some good early on. However he was also the guy who got too greedy, negotiated separate deals with teams and played them against each other and made sure that the latest attempt of collective bargaining among teams was doomed to fail.

Also his business model is outdated ?óÔéĽÔÇŁ there?óÔéĽÔäós enough profit to have 11 financially healthy teams with performance incentives and 20 profitable races each season ?óÔéĽÔÇŁ if he cared about sustainability.

The situation won?óÔéĽÔäót change immediately after Bernie?óÔéĽÔäós retirement but it would break up a web of secret deals that might give the sport a chance to start with some urgently needed changes.
TMF (@TMF42)