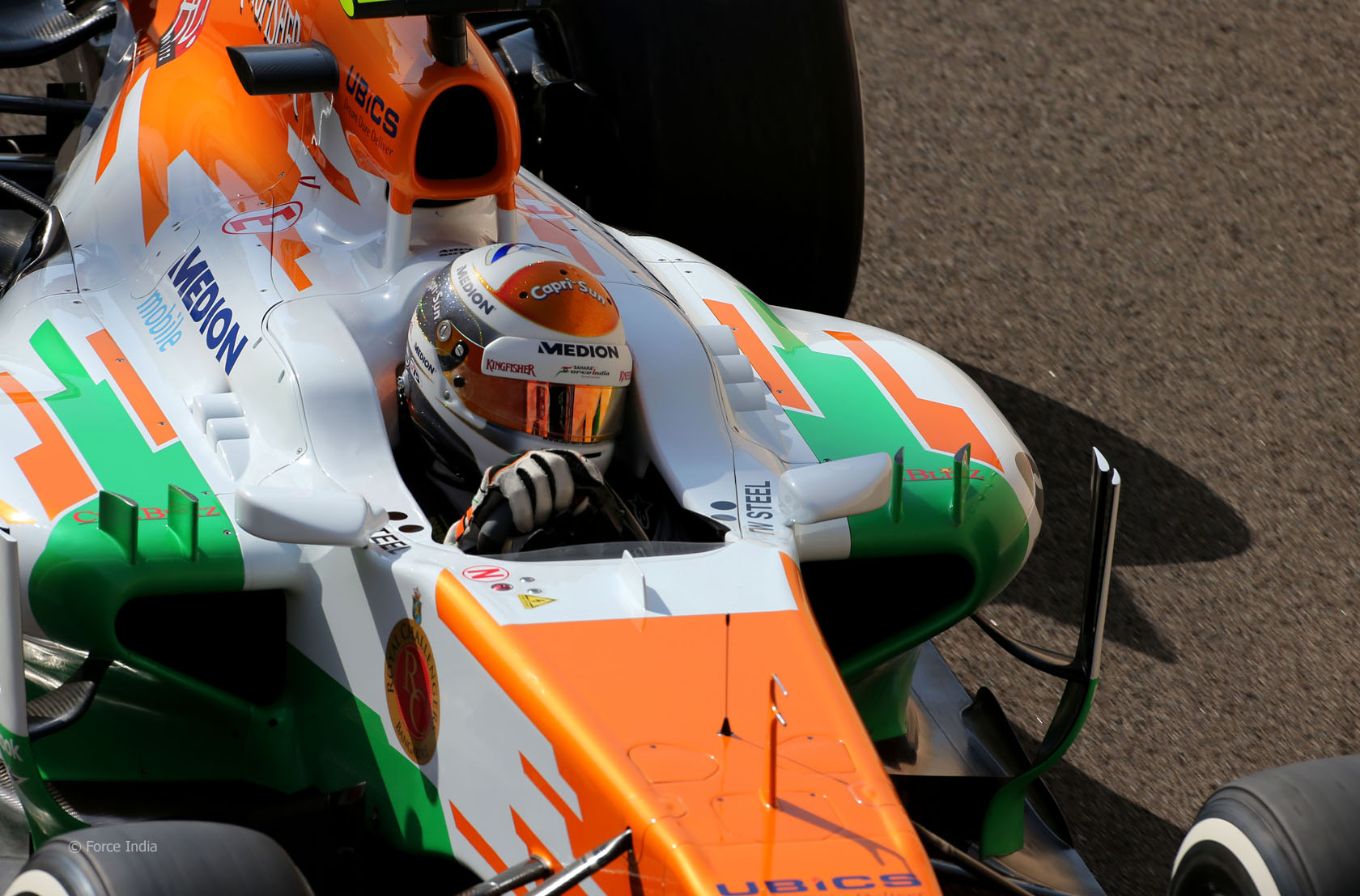 Adrian Sutil’s controversial off-track pass and the Red Bull drivers’ doughnut celebrations were among the videos captured by fans at the Abu Dhabi Grand Prix.

Vettel in the garage

Sebastian Vettel bides his time, waiting to go out in qualifying.

Once again the Mercedes drivers got away better than the Red Bulls but couldn’t make much use of their advantage.

Drivers crawl through the slow chicane and hairpin early in the race.

The stewards decided not to punish Adrian Sutil for going off the track while overtaking Pastor Maldonado, ruling he “gained no advantage”.

Thanks to @Andae23 for researching this article. If you’re interested in contributing to F1 Fanatic, see here for details on how you can:

Were you at the Abu Dhabi Grand Prix? Did you capture any videos? Share them here: