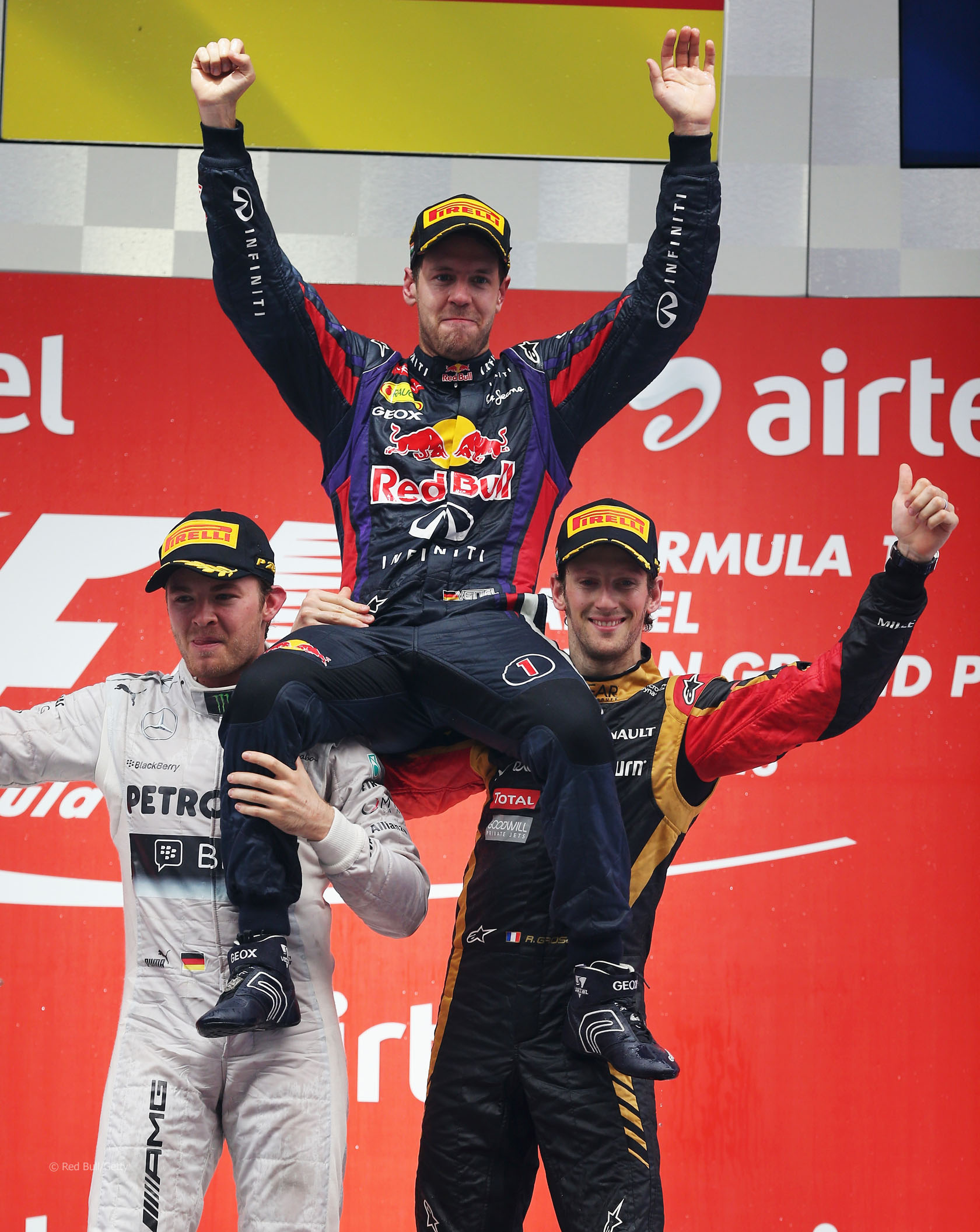 “I’m overwhelmed, I don’t know what to say” said Vettel on the podium following his title-clinching tenth win of the season.

“I think one of the best days of my life so far.

“There have been so many people that I have to thank along the way from go-karting, junior formula categories up to now, that have been teaching me a lot.

“I always try to listen and learn and it’s incredible to race some of the best drivers in the world that Formula One ever had. I think it’s a very strong field and to come out on top of them…”

Vettel thanked the Indian crowd for an “unbelievable reception” following his win. “It’s a shame we are not racing here next year,” he added.

The newly-crowned champion celebrated his victory in exuberant fashion by performing doughnuts in his car on the pit straight, then bowing in front of it. He said he hadn’t planned the celebration forehand:

“I haven’t really thought about it. Obviously Rocky [Guillaume Rocquelin] my engineer called for the usual procedure but then I said, yeah… ‘not this time’. So many people on the grandstand here, the main grandstand, I had to do it. Usually we are not allowed to but it felt so right at that time.”

Vettel said the championship campiagn had been harder than it looked and he especially enjoyed the cheers of the crowd after being booed at some races earlier this year.

“I want to say big thank you to the team, to all the people that were behind us,” said Vettel. “It was for sure not an easy even though people from the outside get the idea that we had it in our hands for quite a while, the last couple of races. I think it was a difficult one, all in all.”

“A very difficult one for me personally to receive boos, even though you haven’t done anything wrong but to overcome that and to give the right answer on the track and finally get the acceptance that I think we’re all looking for as racing drivers makes me very proud.”