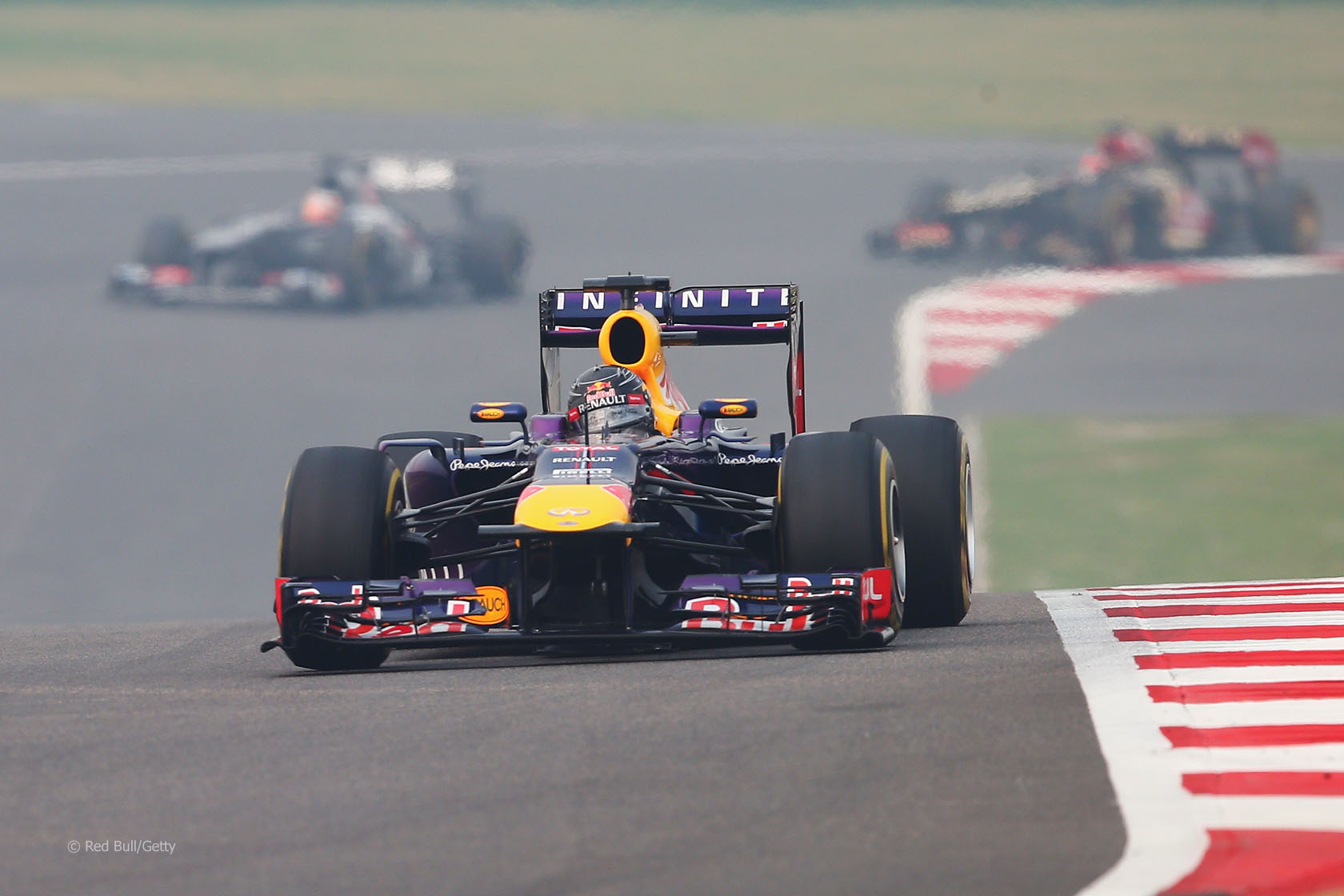 Sebastian Vettel continued his winning streak in the Indian Grand Prix and it carried him to his fourth consecutive world championship victory.

Vettel surrendered the lead two laps into the race when he pitted to remove the soft tyres he started the race on. That briefly left him in 17th place, but with the advantage of being able to run the rest of the race on the more durable medium tyres.

The other Red Bull of Mark Webber, which started on the harder tyres, led most of the first half of the race, but retired with an alternator problem shortly after his first pit stop. That cost Red Bull a likely one-two finish, though Webber never looked like keeping Vettel from the victory.

Nico Rosberg started second and finished there, passing Kimi Raikkonen late in the race after the Lotus driver’s tyres began to fade.

That helped Romain Grosjean take a surprising podium finish having started 17th, despite a robust defence from his team mate, thanks to a bold one-stop strategy.

Massa took fourth on a disappointing day for Ferrari after Fernando Alonso damaged his front wing on the first lap and finished out of the points.

Sergio Perez equalled McLaren’s best result of the year so far with fifth ahead of Lewis Hamilton and Raikkonen, following a late pit stop by the Lotus driver.

Both Force Indias scored point at their home race, Paul di Resta ahead of Adrian Sutil, and Daniel Ricciardo kept Alonso at bay for the final point.