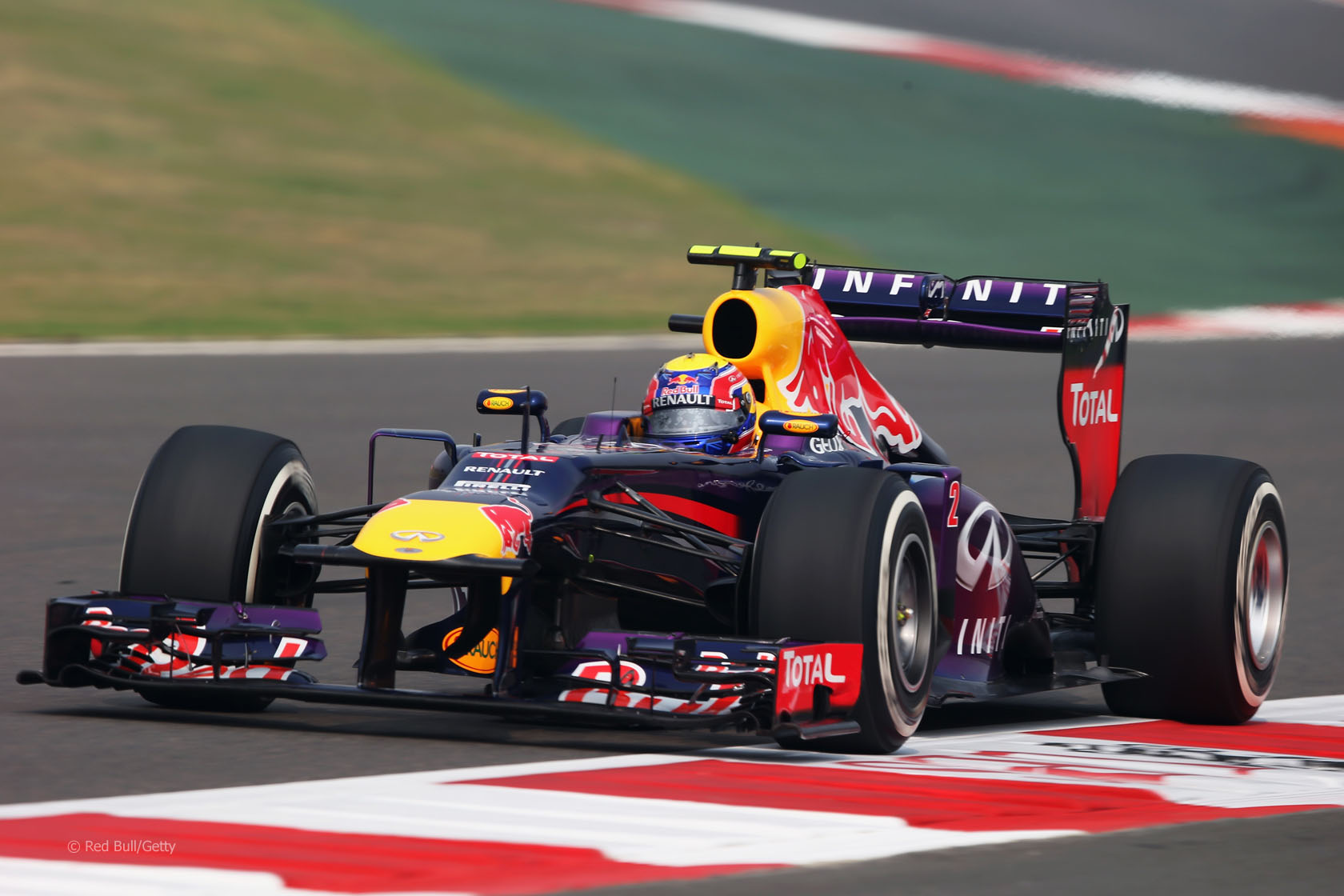 Red Bull have been confirmed as constructors’ championship for the fourth year in a row.

Sebastian Vettel’s victory in the Indian Grand Prix confirmed the team as world champions with three races to go. His victory was the tenth for Red Bull this year.

“To achieve four double world championships is the culmination of an enormous amount of dedication and commitment from the whole team,” sad team principal Christian Horner.

“It?ů‘ťľ‘šůs an enormous day for the team to have won its fourth consecutive constructors?ů‘ťľ‘šů world championship. Without the dedication and determination of all the staff from all of the departments throughout the company and from all of our partners and the backing of Dietrich Mateschitz and support of Red Bull, none of this would be possible.

“There?ů‘ťľ‘šůs going to be an awfully lot of happy people in Milton Keynes and Salzburg this evening. We?ů‘ťľ‘šůve got three races to go and we?ů‘ťľ‘šůre just going to go for it.”

“I think it?ů‘ťľ‘šůs going to take quite a few days for this success to sink in and it?ů‘ťľ‘šůs important for the team to enjoy the moment,” he added, “we will be pushing all the way to the chequered flag in Brazil”.