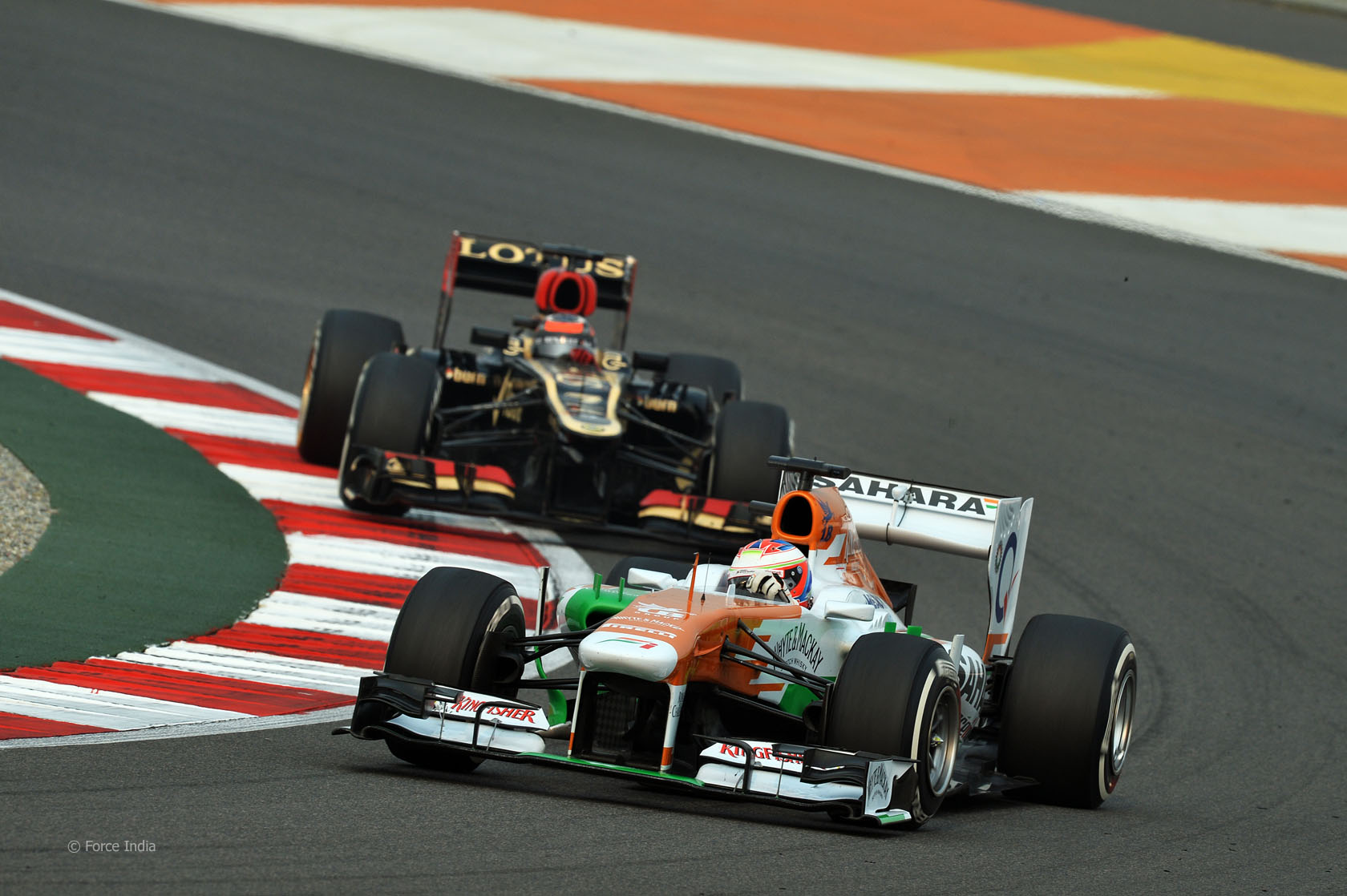 Pirelli have said they are “disappointed” Lotus, Force India and others did not obey their advice on the maximum stint lengths for each tyre during the Indian Grand Prix.

F1’s official tyre supplier wanted teams to use the soft and medium tyres for no more than 15 and 35 laps respectively.

However some teams exceeded those guidelines by considerable margins during the race. Force India kept Adrian Sutil on his soft tyres for 19 laps, four longer than advised.

Kimi Raikkonen stayed on his medium tyres for 16 laps longer than Pirelli’s recommendation. By the end of his stint his tyres had dropped off badly and he was passed by several cars, forcing him to make an extra pit stop.

Team mate Romain Grosjean ran long stints on both tyre compounds, and achieved the highest finishing position of a driver on a one-stop strategy, rising to third having started on the ninth row of the grid.

“We are disappointed to see that some teams went against our recommendations and used the compounds for longer than we advised them to do,” said Pirelli motorsport director Paul Hembery.