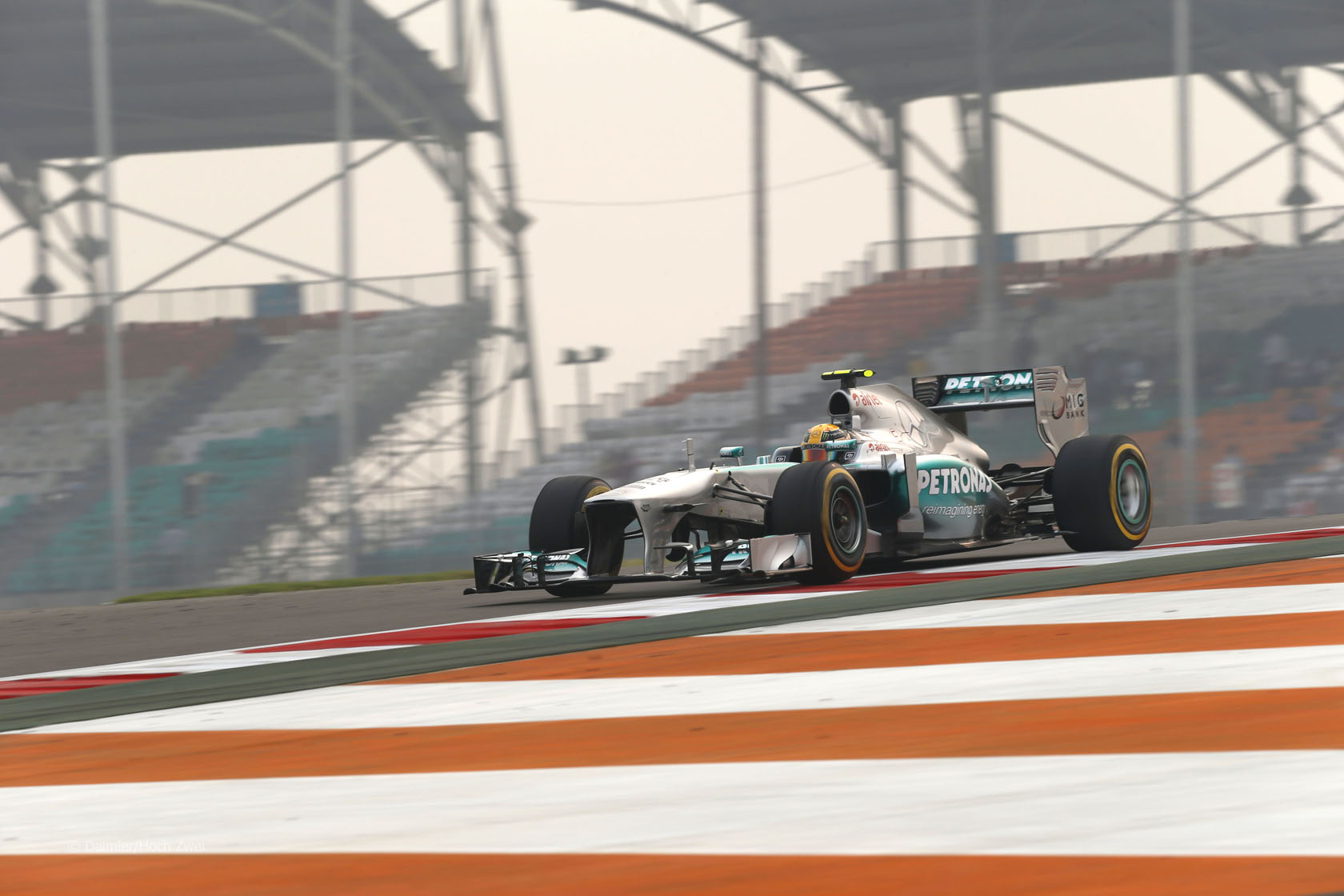 Lewis Hamilton said he wasn’t badly held up by Sebastian Vettel when he caught the Red Bull driver during qualifying for the Indian Grand Prix.

At the end of the session Hamilton gave a positive response when race engineer Peter Bonnington asked him on the radio: “can you just confirm it was a Red Bull in the way, I guess it was Vettel not Webber?”

Hamilton said afterwards he caught Vettel at turns eight and nine. He said “I was so focussed on the road, it didn’t help” but added “I probably didn’t lose too much time”.

There is no indication as yet from the stewards that Vettel might have impeded Hamilton and therefore could receive a penalty.

Hamilton congratulated Vettel who took pole position for the seventh time this year. “Obviously that’s some serious pace that they have,” he said, “especially with Webber on the [mediums] just behind us”.

“It’s been a tough weekend for us,” Hamilton said. “We’ve been pushing as hard as we can, we really want to get a great result this weekend. Strategy is going to play a huge part.”

“But I was a bit surprised to be where we are. Generally, bit by bit, just adjusting the set-up, we got a reasonable balance. Hopefully tomorrow we can push together to try and stay ahead of the rest.”