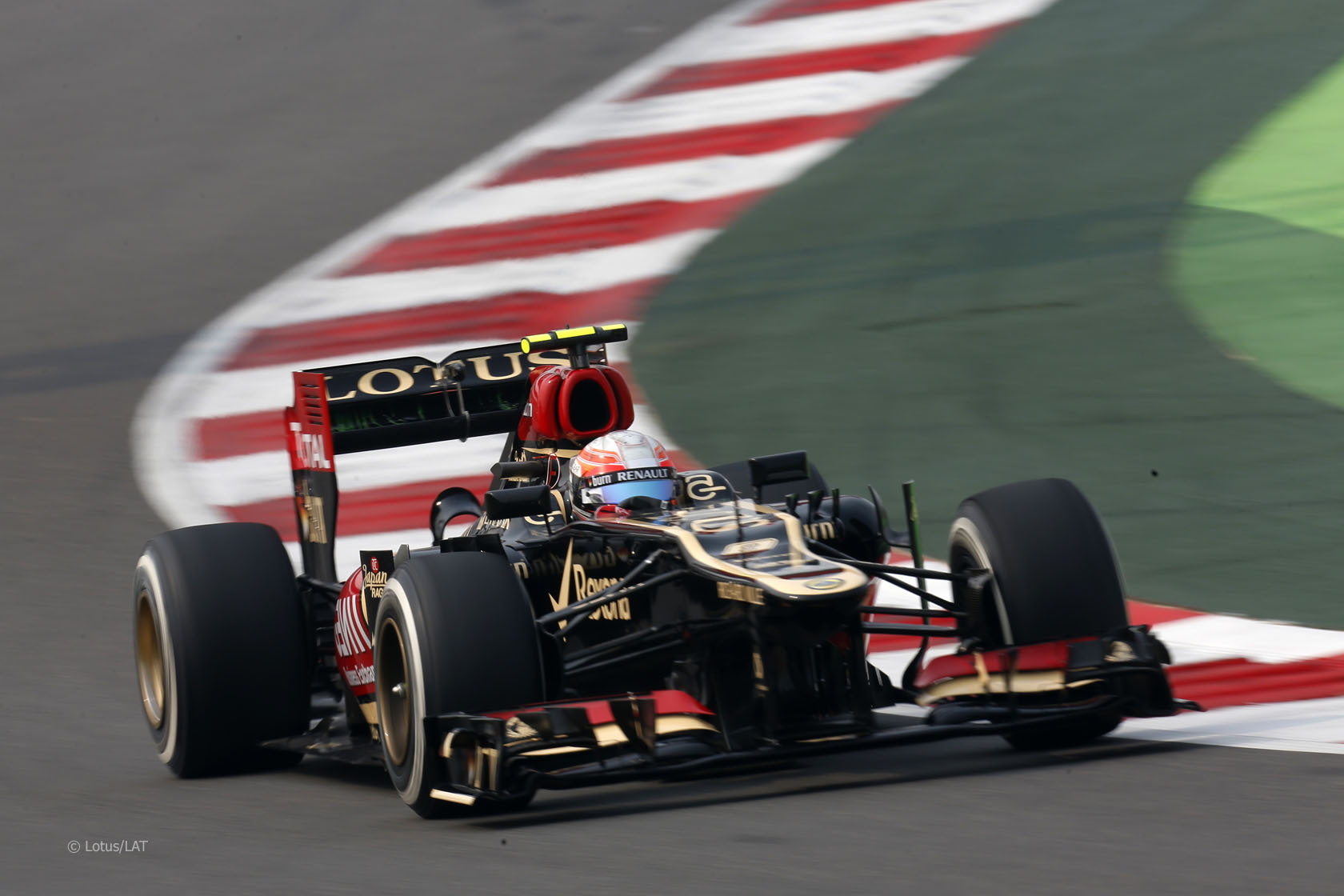 Romain Grosjean says he was knocked out in Q1 because the team underestimated how quickly their rivals’ lap times would improve.

Grosjean did not use the soft tyre in the Q1 as the team believed he could go quick enough on the medium tyre to get through to Q2. But he missed the cut by four tenths of a second and will start 17th.

“We took a gamble once again to try just one run on the [medium] tyres in Q1,” said Grosjean, “and although it?óÔéĽÔäós been a successful tactic for us recently it didn?óÔéĽÔäót pay off this time.”

“The times were much tighter than expected and ultimately we made a miscalculation with the cut-off time. It?óÔéĽÔäós easy to look back and think what might have been, but we made the decision together and unfortunately in the end it was the wrong one.”

Grosjean doubts he will be able to achieve a good result from the ninth row in the race.

“It?óÔéĽÔäós tough to overtake here so it?óÔéĽÔäós going to be a long race from 17th on the grid. We?óÔéĽÔäóll have to pull off something quite special with the strategy to take anything from there, but of course we?óÔéĽÔäóll analyse the options overnight to see what?óÔéĽÔäós possible.

“For sure we won?óÔéĽÔäót be leading after the first corner this time, but we?óÔéĽÔäóll do our best.”