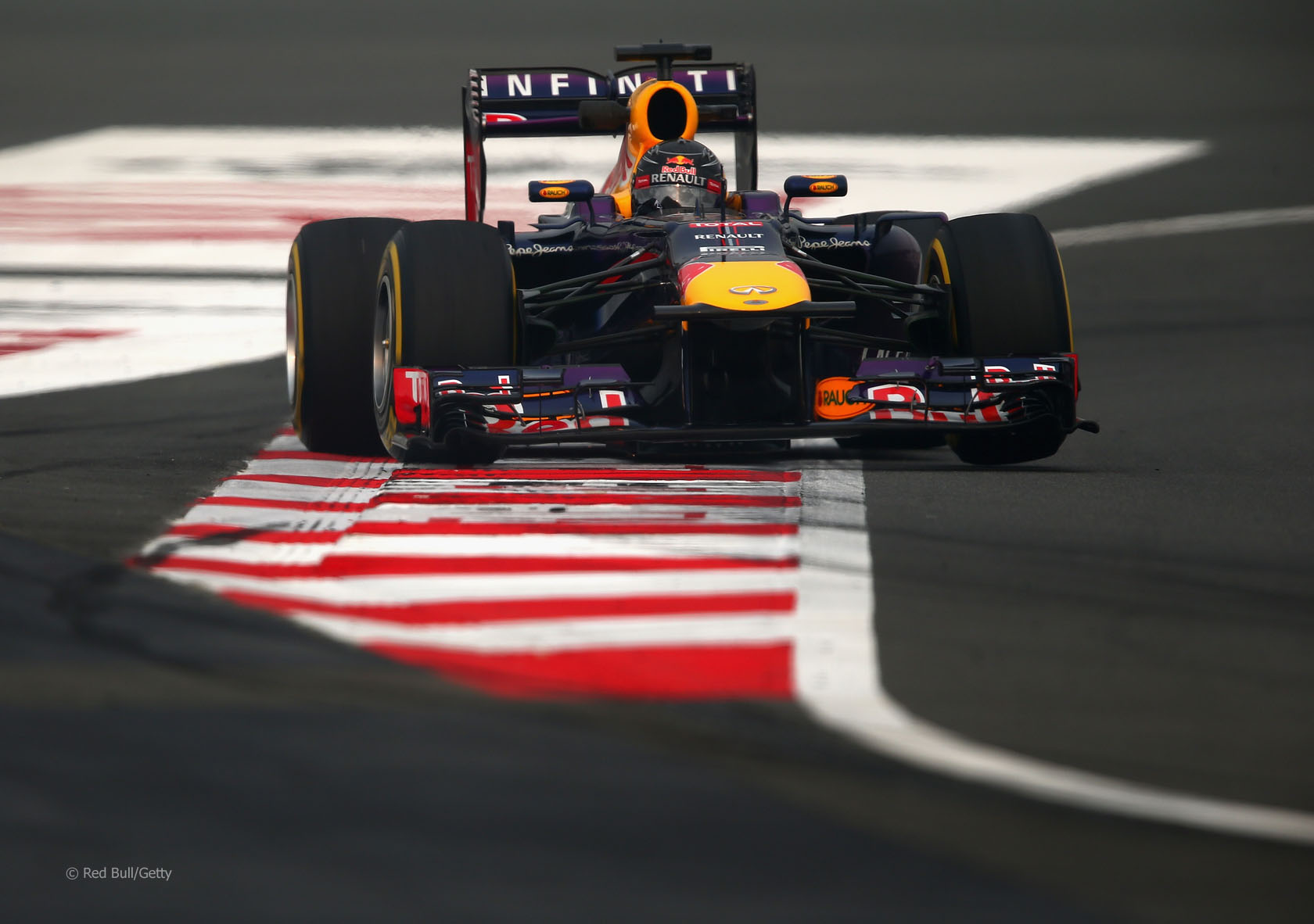 Sebastian Vettel was fastest in all three practice sessions for the Indian Grand Prix for the second year in a row.

The Red Bull driver set a quickest time of 1’25.332 early in the session, then spent the remaining laps doing a longer run on the softer tyres.

The start of practice was delayed for 20 minutes as thick smog at the track was impairing visibility, meaning the medical helicopter would be unable to take off in case of an emergency. That meant the session was cut to 40 minutes.

Mark Webber made it another one-two for Red Bull, though his best time was over half a second slower than Vettel’s.

Fernando Alonso was next for Ferrari, over three-quarters of a second slower than Vettel, with Nico Hulkenberg’s Sauber next.

The quickest Lotus was on fifth place, Romain Grosjean lapping a second off Vettel’s time. He made a mistake at turn eleven towards the end of the session and held up Lewis Hamilton as he returned to the track, spoiling the Mercedes driver’s run.

Paul di Resta was an encouraging seventh for Force India at their home event, the quickest Mercedes-powered runner.

During the session a Sauber driver hit one of the team’s mechanics during a pit stop. The team reported the mechanic suffered bruising in the incident.