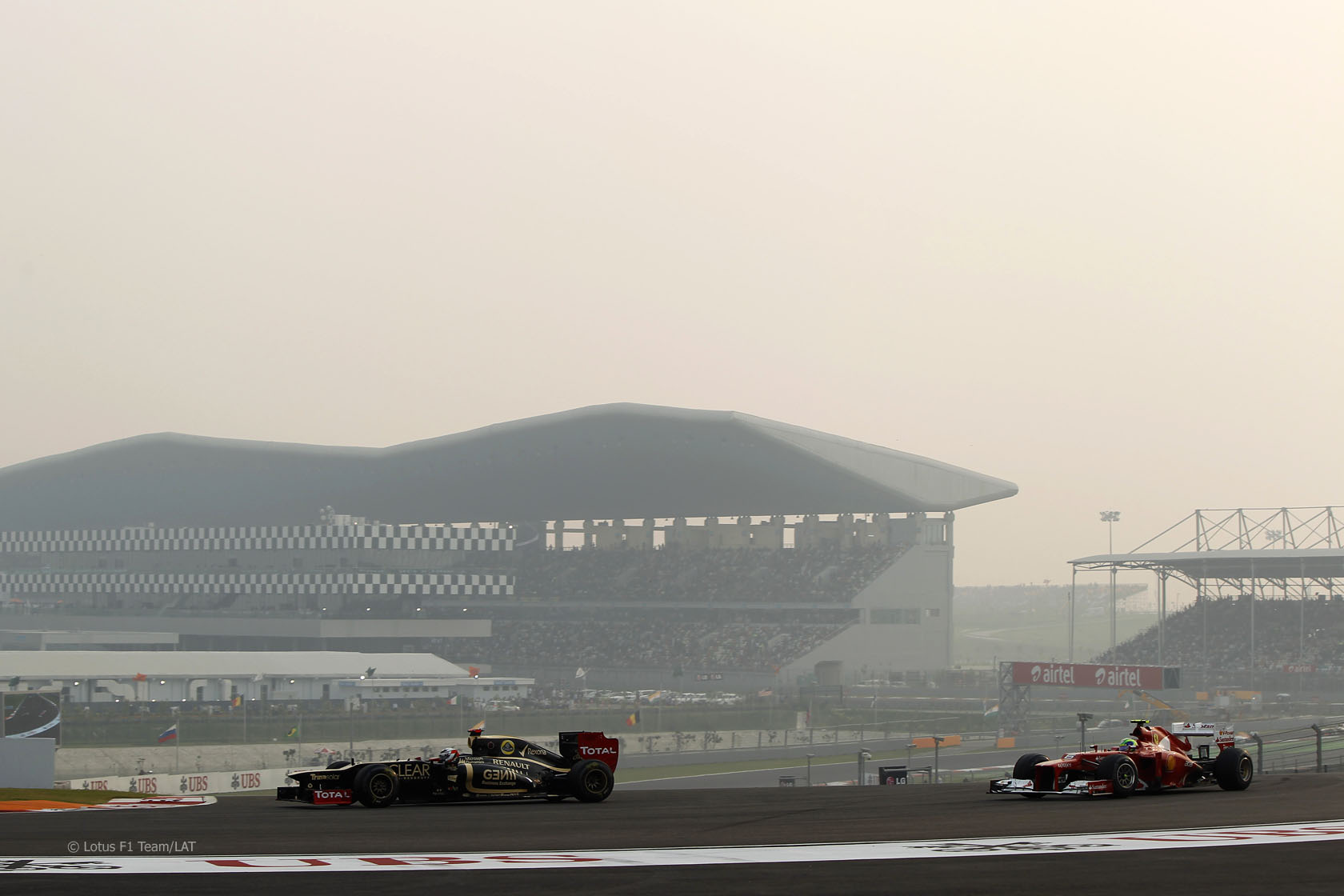 The DRS zone will be used on the main straight at the Buddh International Circuit has been extended for the second year in a row.

The circuit has had two DRS zones since it first appeared on the calendar in 2011. But for the second year in a row the activation point on the longest straight has been lengthened.

An extra 80 metres was added onto the DRS zone last year. The activation point has now been moved even earlier, adding a further 160 metres to the DRS zone. DRS will be able to activate DRS 270 metres after the exit of turn three on the 1.06km straight.

The detection points for both zones and the activation point for the zone on the pit straight remain unchanged.