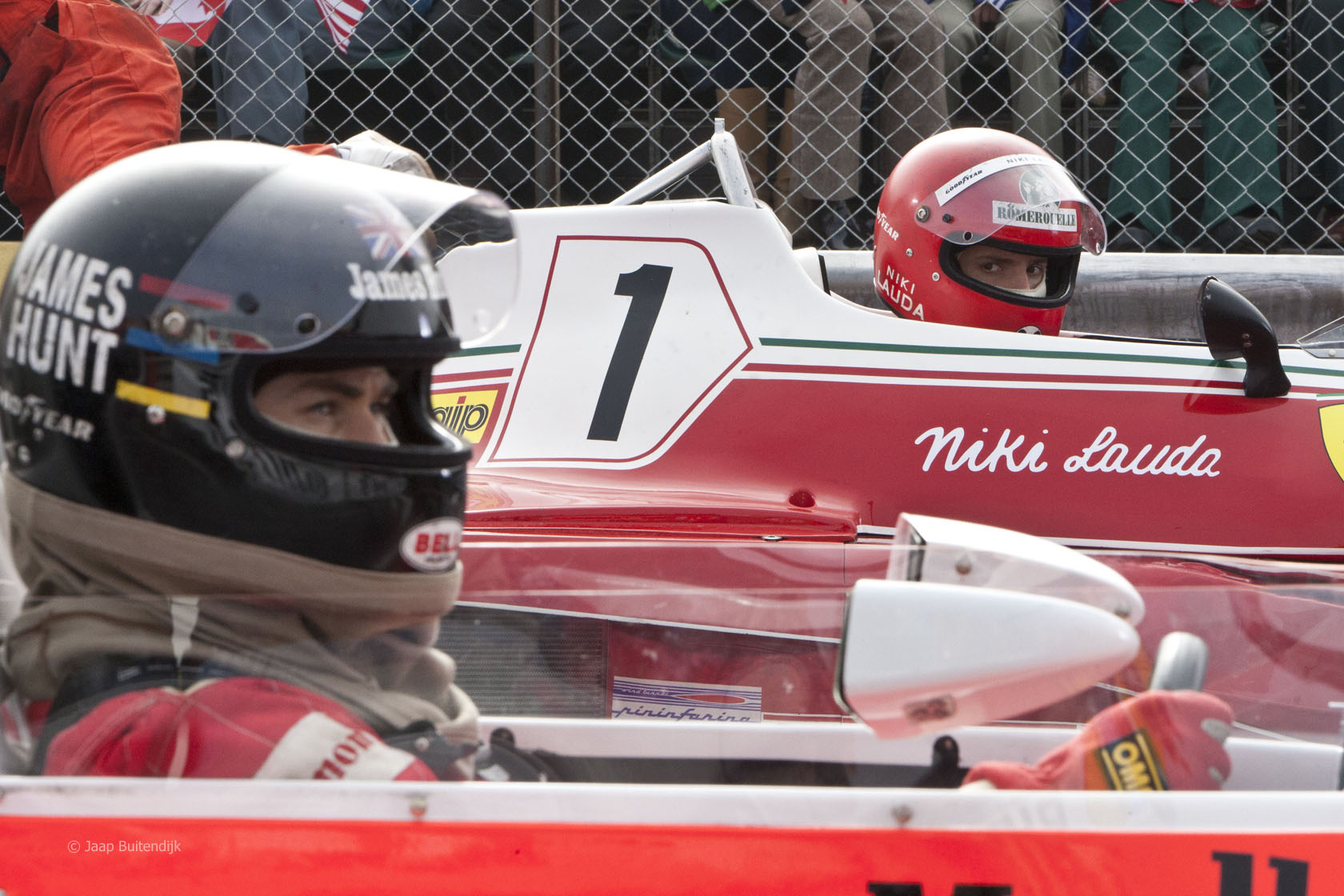 Two years after the treat that was Senna, Formula One is back in the cinemas again.

Rush takes its story from the celebrated 1976 championship showdown between James Hunt and Niki Lauda. But while Senna relied on archive footage, Rush director Ron Howard opted for the more challenging route of filming the story.

This is something few film makers have attempted and even fewer have successfully accomplished. John Frankenheimer’s crew followed the championship around the world to film material for his 1966 feature Grand Prix. But they had the benefit of creating a film about contemporary cars and circuits: for Rush, the action is set in the past.

Anyone familiar with the dubious track record of major feature films about motor racing will know Rush has the potential to be an excruciating, embarrassing mess. Grand Prix may be a visual feast but the turgid, plot-less clunker of a story takes over two-and-three-quarter hours to tell us not very much.

F1 has dodged disaster with Hollywood in the past. A Sylvester Stallone project which was originally supposed to be about grand prix racing ended up with IndyCar as its subject and turned out to be a dire, unwatchable pastiche.

Happily, the makers of Rush have largely skirted the many pitfalls which confronted them. This is especially impressive because in trying to recreate races which happened almost four decades ago there were plenty of opportunities to get it wrong.

Howard said that one of the most difficult elements to get right was the cars. A mixture of replicas and reconditioned old cars were used and they look the part just as much as Chris Hemsworth and Daniel Bruhl do as Hunt and Lauda. But finding ‘body doubles’ for seventies-era tracks such as Monza, Brands Hatch, Fuji and the rest may have been an even tougher task.

While the Nurburgring Nordschleife looks as much a relic now as it did then, many of the other tracks still hold top-level international motor races and therefore have had their facilities and upgraded several times since Hunt and Lauda raced on them. At least one – the Crystal Palace track which is the scene of an F3 race early in the film – fell out of use decades ago.

Other circuits such as Oulton Park and Mallory Park were pressed into service to generate more race footage. A dedicated race crew filmed much of this action which is mixed into the rest of the film along with a smattering – about two minutes’ worth – of original footage.

The treatment of the Nurburgring and Fuji races are far and away the best. The film begins with a glimpse of the extravagant seventies racers authentically flying through the air at the Nordschleife, then tells the events leading up to that point as a flashback which occupies the first half. Lauda’s crash is painstakingly re-enacted so well you find yourself edging back from the flames, expecting to feel the heat.

The rain-drenched Fuji decider makes a superb climax to the film which I will not give away too many details of, other than to say the race drivers who were pressed into service did fine work in recreating the moves their counterparts performed in real life.

However when it comes to the track action there is an inevitable problem for people like you and I who read sites like F1 Fanatic: We’ve all seen thousands of races and we can all tell when ‘Fuji’ is actually Mallory, spot when they’ve not got the look of Monza quite right and so on.

While much of the race action is superb, all it takes is a few dodgy frames to disrupt the spectacle. Though I can only watch it through my own eyes, I suspect it won’t just be the petrolheads in the crowd who find the action wanting in places. The special effects in one early crash were alarmingly unconvincing, leading me to worry how the rest of the film was going to look – fortunately it improved considerably from then on. The high level of attention paid to authenticity extends beyond the race sequences, The depiction of the two main characters is mostly believable and faithful.

From the moment Hemsworth introduces himself James Bond-style (“Hunt. James Hunt”) the Hunt iconography is rattled through like a checklist: the ‘superstar’ nickname, ‘Sex: Breakfast of Champions’ badge, and pre-race gargle, toke and vomit all present and correct. And, of course, copious amounts of shagging.

According to Howard, some of the investors in the film wanted to see an American playing Lauda, even if he had to adopt an unconvincing cod-Austrian accent. Thankfully they went for Bruhl instead, who appears to have been poured into the skin of Lauda, so realistically does Bruhl adopt his distinctive clipped tones and unsympathetic air.

The film makers have done excellent service to the protagonists by not obliging the audience to root for either of them. Easier, lazier paths were available: cast Hunt sympathetically as the charming upstart who came from nowhere to deservedly beat his dour rival; or insist Lauda was the true champion, robbed by a talentless playboy due to grave misfortune.

Instead we get a more balanced depiction of the pair and their rivalry which was professional and underpinned by mutual respect and an almost trench warfare mentality imposed on drivers by the dangers of the era.

The screenplay clunks in places – we are spoon-fed tit bits like “that’s Clay [Regazzoni], he’s a senior figure in Formula One”. The juxtaposition of Hunt grinding away at yet another air stewardess with the firing pistons of an engine was rather cheesy. And the concluding scene felt like someone had walked in with a large sign reading “this is what the preceding two hours was all about”. I enjoyed the humorous touches, particularly Stephen Mangan’s cameo as Alistair Caldwell, grizzling about Emerson Fittipaldi’s defection to “Coper-fucking-sucar”, and a sullen Hunt playing with a Scalextric while he waits for the phone to ring. The tone becomes more serious after Lauda’s crash and the scenes depicting his agonising convalescence are the film’s best moments.

As Rush draws its inspiration from real events the film makers faced the inevitable decisions over how far the facts should be stretched to make for a compelling story. I wasn’t alive during the season in question, but having read a lot about it including several books by and about both drivers, it seemed a fair and faithful depiction of events.

At first I balked at the omission of the 1976 Brands Hatch race. The start-line crash, the crowd clamouring for Hunt to be allowed to race, his win and eventual disqualification, all seemed to offer potent material. On reflection, given the difficulties of re-creating the crash and the complexities it would introduce into the plot of a film which is already two hours long, leaving it out was probably a sensible decision.

Of course some sequences are not totally accurate, and on some occasions events have been transposed or even invented. Still, I don’t think a person who was previously ignorant of the events in the film would come away from it with an unduly false impression of either driver.

I appreciate the scope of the technical challenge the film makers set themselves with Rush, how successfully they realise it, and the respect with which they treat the true story.

I suspect Rush will find more favour among mainstream fans than by dedicated F1 followers. But it is once again a treat to see a film about Formula One in cinemas and that wouldn’t be the case if it failed to pay proper respect to its subject matter. It does, yet never fails to deliver the exhilaration and entertainment you expect from a film called Rush.