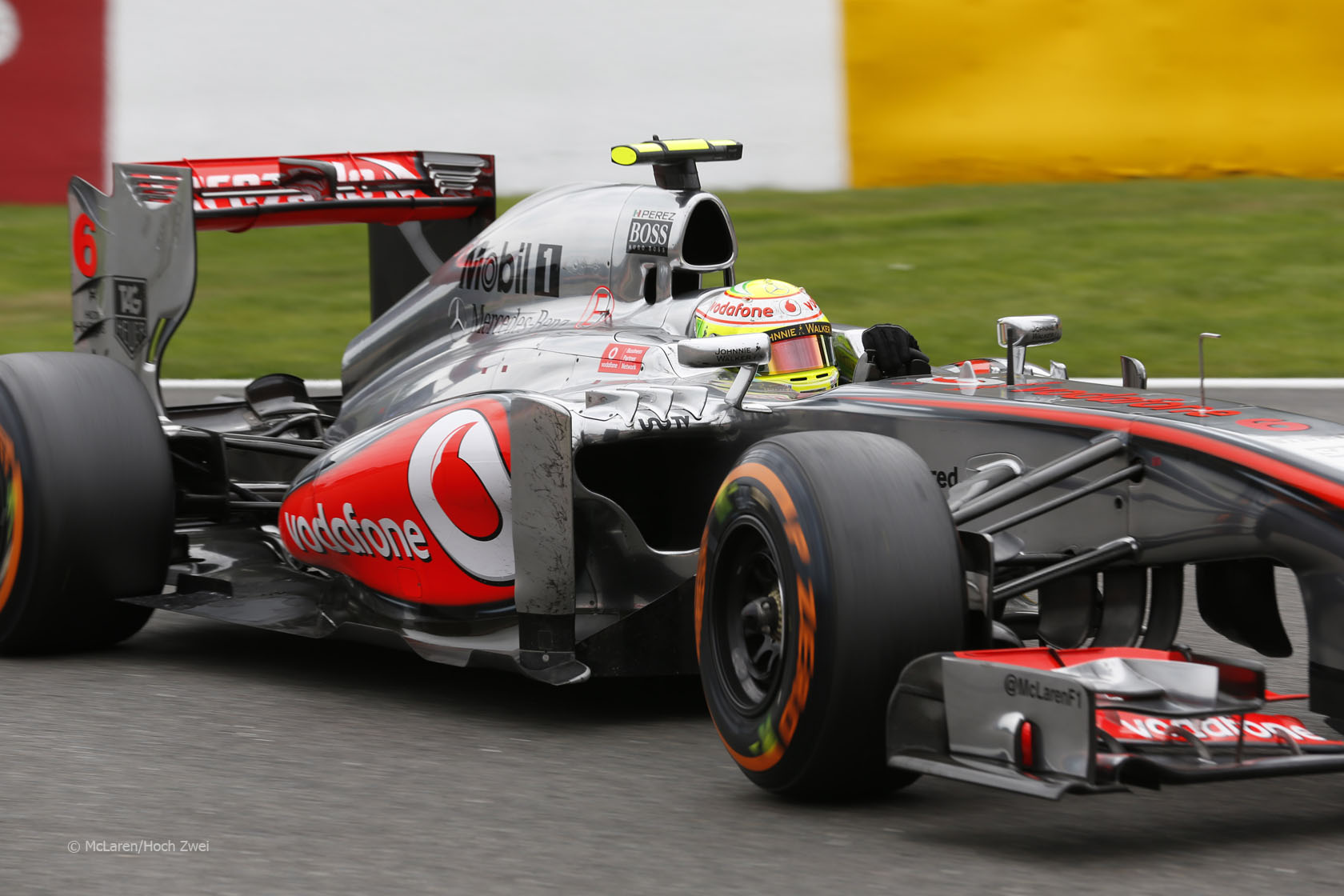 Sergio Perez was harshly treated by the stewards during the Belgian Grand Prix because other drivers have made him a focus of attention, says Martin Whitmarsh.

The McLaren team principal said Perez’s penalty for forcing Romain Grosjean wide during the race was “a harsh decision”. Whitmarsh believes Perez has been singled out by the stewards.

“I think if you’ve got a rap sheet you’ve got to be squeaky clean, haven’t you?” said Whitmarsh after the race.

“It’s tough when you’re a young driver, you’re coming in amongst that inevitably the older drivers will gang up on you, they’ll put you under pressure in the drivers’ briefing and create the environment like that.

“That’s the business, that’s the sport. I think it’s pretty tough, he’ll be very, very disappointed, he should have been up there well in the points from a good drive, even with the one [pit] stop. It’s tough but we’ll live to fight another day.”

“He’s clearly going to be watched closely at the moment, he’s got to be careful in these moments,” Whitmarsh added. Perez’s drive-through penalty was his first sanction so far this year.

Whitmarsh said the team decided not to bring Perez in for a second pit stop after his penalty: “After the drive-through then we chose to one-stop, was going to be tough, didn’t quite work out.”

“I think in retrospect probably should have converted to two but I think from where we were then we thought ‘let’s take a bit of a gamble’,” he said. “Overall, nothing went brilliantly.”