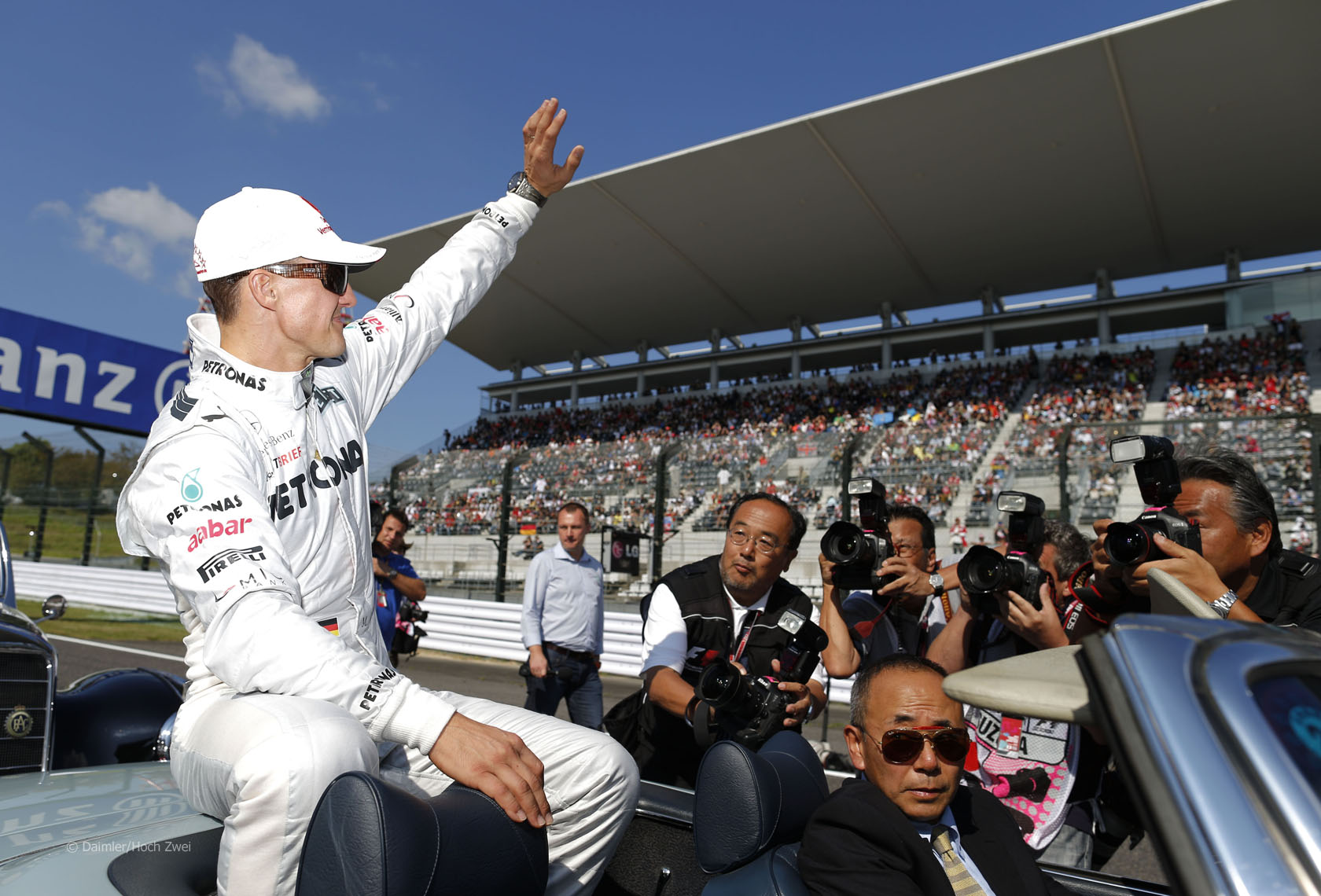 The biggest stories, the best features and the most compelling debates. Here are F1 Fanatic’s 50 most interesting articles of 2012.

Is Mercedes the right move for Hamilton?

The big move on the driver market this year was Lewis Hamilton’s switch to Mercedes for 2013.

Why covered cockpits and wheels may be F1?óÔéĽ??s future

Could the desire to improve safety and the search for more efficient performance lead to cockpits and wheels on F1 cars being enclosed?

Will F1 make a success of its return to America?

“The teams are doing what they can and COTA are straining every sinew to make the event a success, but I don?óÔéĽÔäót see a fraction of that effort from the sport?óÔéĽÔäós governing body or commercial rights holder.”

…as did their request that the FIA ‘clarify’ whether Vettel broke the rules in Brazil.

After clinching his third championship Vettel alluded to rumours about him joining Ferrari being spread to destabilise his relationship with Red Bull.

A dramatic decision by the stewards in Spain provided the subject of the most-commented article of the year.

The lengths F1 is going to create exciting races using the Drag Reductions System and more rapidly degrading tyres comes up again and again in the comments.

Ferrari has “run out of patience” with F1 rules One of F1’s newest teams died at the end of the season.

Part of the reasoning given by the stewards for Grosjean’s ban after the Belgian Grand Prix was the consequences it had for the championship, which many readers objected to.

Caterham hoped to gain some attention by being the first to reveal their 2012 car in a magazine and they got exactly that, though perhaps not as they intended. First the pictures were leaked online a day early and much of the ensuing discussion was about how ugly the stepped noses had made the 2012 generation cars. The Bahrain Grand Prix: A matter of conscience

“Those who go along quietly with what is happening, or chime in with another naive chorus of ‘sport should not be political’, are giving tacit endorsement to F1?óÔéĽ??s support for Bahraini oppression.”

Luca di Montezemolo said he doesn’t want “two roosters in the same hen house”. What does that say about Felipe Massa?

An error by McLaren meant Hamilton started last instead of first in Spain.

On the end of Rubens Barrichello’s F1 career after he lost his seat to Bruno Senna. Schumacher?óÔéĽÔäós second swansong will be his last

The FOTA Fans Forum needs to ask the questions that matter

“It?óÔéĽÔäós easy to dismiss the FOTA Fans Forum as merely a talking shop ?óÔéĽÔÇŁ but talking is important when you?óÔéĽÔäóre speaking to the people who matter.”

Williams should give Senna his fair share of track time

It looked inevitable Valtteri Bottas would replace Bruno Senna at Williams in 2013 from the moment the team stated Bottas would drive Senna’s car in most of the first practice sessions this year.

The stewards finally got tough on drivers going off the track to gain an advantage, but track design should also discourage it from happening.

Early in the season there was much discussion over whether tyre degradation had made racing too unpredictable. Is F1 better now than it was ten years ago? Definitely – here’s why.

Astonishing near-misses and brushes with disaster from the annals of Formula One.

Red Bull’s celebrated designer Adrian Newey at the wheel of his own Red Bull RB6 and the earlier Leyton-House CG901B.

Slightly odd F1 driver video of the year number one.

It wasn’t unlucky 13 for McLaren in 1998: The MP4-13 won the constructors’ championship and Mika Hakkinen claimed the drivers’ title. Ayrton Senna tested for Williams in 1983, eleven years before he joined the team as a race driver.

Renault RE40: Alain Prost drives car he almost won the title in

Alain Prost lost the 1983 drivers’ championship in the final round driving the Renault RE40. It was also the first car to feature an exhaust-blown diffuser.

Porsche left F1 50 years ago after finally winning a Grand Prix with the boxer-engined 804.

Really good autobiographies are rare but this long overdue book from fifties F1 racer Tony Brooks was definitely worth the wait.

“Team Lotus: My view from the pit wall” by Peter Warr ?óÔéĽÔÇŁ review

Want to know everything about every F1 driver ever? Start here.

“I Just Made the Tea”

A candid and refreshingly funny read about life in the Formula One paddock.

A different take on the usual F1 racing game from Codemasters.

How many drivers have raced in F1?

This proved a surprisingly tricky question to answer.

How many first-lap crashes has Grosjean caused?

Romain Grosjean was accused of causing seven first-lap crashes after the pile-up in the Belgian Grand Prix. But was that figure accurate?

Also, why Alonso didn’t get a penalty in Valencia as Hamilton did at the Circuit de Catalunya.

The turbulent 1982 season was the focus of three Grand Prix flashbacks this year:

After being runner-up on three occasions, Nigel Mansell finally lifted the crown 20 years ago at the Hungarian Grand Prix.

Lotus and Jim Clark smashed the opposition with the Lotus 25 at Spa, the precursor to several years of success. One of F1’s great battles took place 25 years ago at Silverstone.

For the first time in over 40 years there were no Italian drivers on the grid during the whole of the season.

Need to buy a present for an F1 fan? Look no further.

The F1 Fanatic Supporter programme launched during 2012 and I’m very pleased with the response so far.

Contributions from F1 Fanatic readers help cover the cost of hosting, running and developing F1 Fanatic. And, of course, producing articles such as these.

By contributing ?é?ú1 per month to F1 Fanatic you can browse the site free of advertisements. You can pay per month or per year. See below for more information and to sign up.