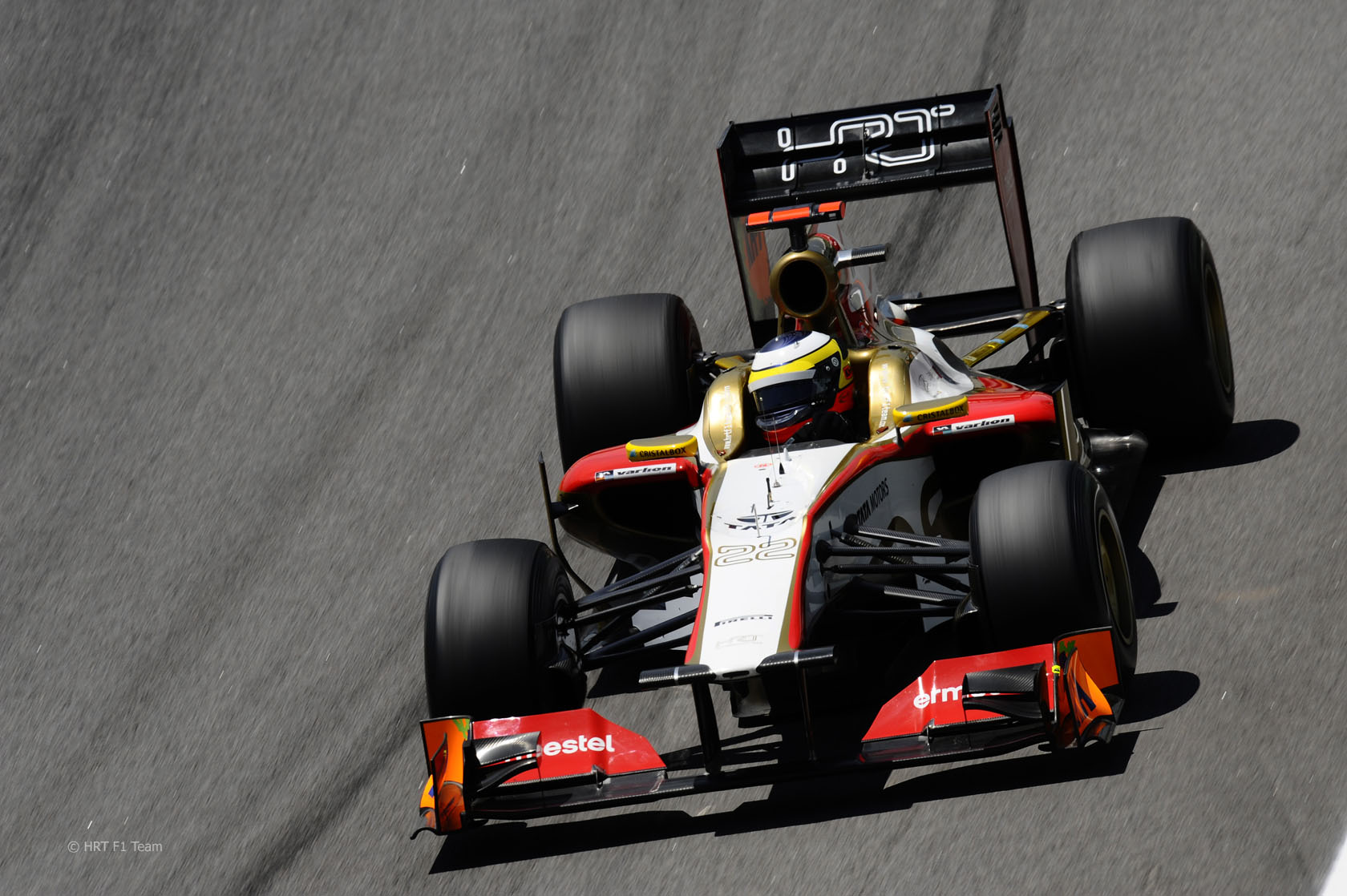 In the round-up: Pedro de la Rosa is pessimistic about the potential for a successor to HRT.

Pedro de la Rosa says he doesn’t think there will ever be a Spanish F1 team following the failure of HRT.

Pirelli chief technical officer Maurizio Boicchi: “What we would like to do in 2013 is to come back to be a little bit more aggressive in our compound choice in order to introduce more pit stops and strategy for the teams.”

“The Ferrari boss, who met [Italian president Mario] Monti before Thursday’s annual end-of-season address, acknowledged Thursday that it would be hard to combine the two roles, but said it’s possible. ‘I did it when I was president of Fiat and (Italian employers’ federation) Confindustria,’ he said. ‘The first three tears were really hard, I don’t know how I did it. But I managed to. For me, Ferrari remains fundamental.'”

The top four’s the same as mine but Felipe Massa at number ten?

Trailer for a new programme.

@Younger-Hamii spotted an unfortunate trend for Hamilton’s British fans who don’t have Sky:

Four years ago we debated whether any of the drivers on the grid at the time would beat Michael Schumacher’s tally of wins and world championships.

There were a lot of mentions for Fernando Alonso and Lewis Hamilton, but just a few for Germany’s emerging new star who had just won his first race: