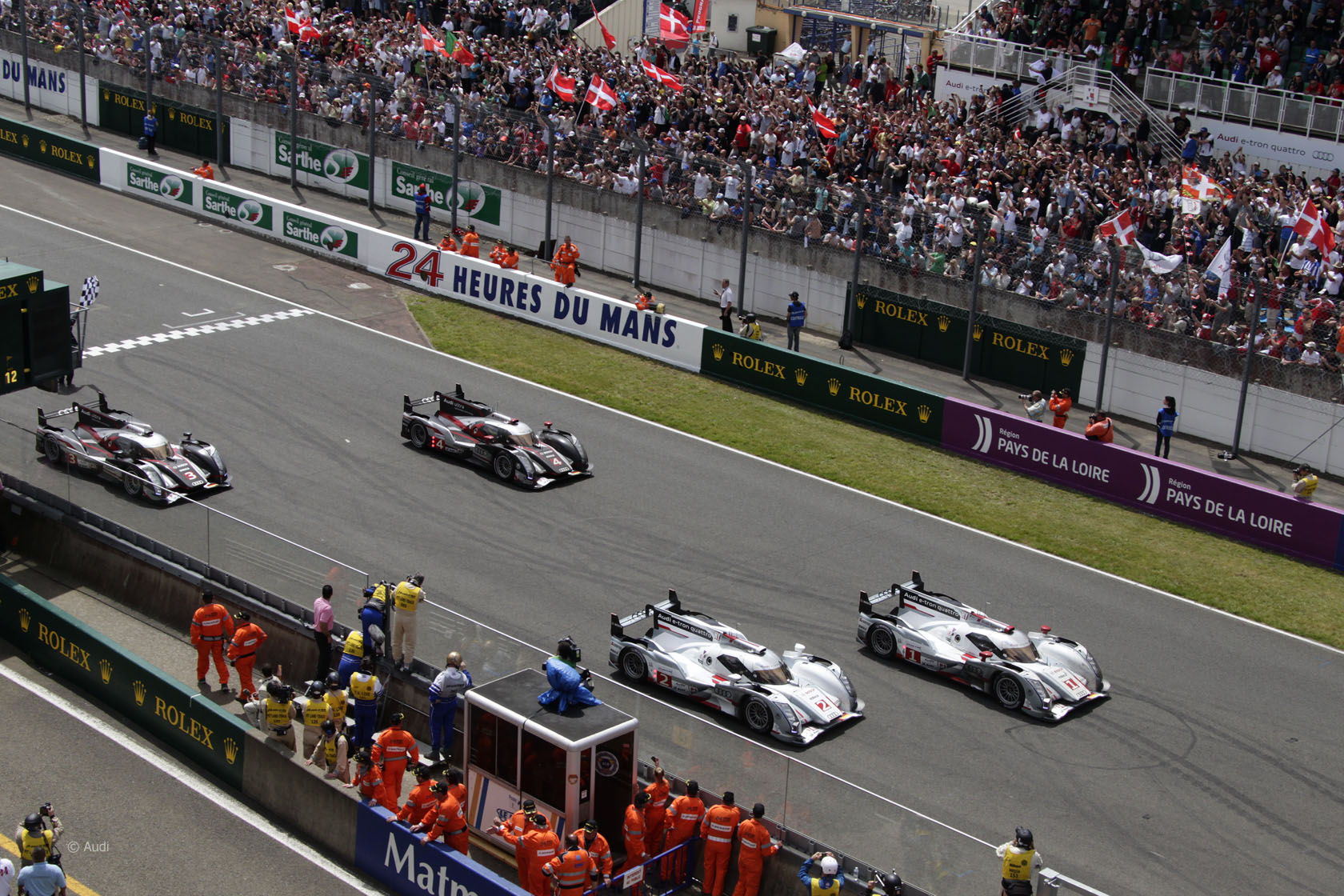 In the round-up: Luca di Montezemolo tells Bernie Ecclestone to improve F1 races and responds to his criticism of the team for its ‘clarification request’ to the FIA.

Luca di Montezemolo: “Three years ago, I was so impressed when I was invited to open Le Mans. It was a party. You go to the pits in some circuits in F1 and it’s like a desert. Do you think it good that we race in the middle of nowhere? Without the public, without the fans, the flags, the passion, it is cold. I don’t like it.”

“Interpretation of flags, be they yellow or blue is nothing to do with [Bernie Ecclestone] and he used expressions that I do not accept. Our behaviour in this instance was not only transparent, but perfect, and maybe he would do better to think about attracting bigger crowds and more youngsters, and to discuss more with the television stations and the media.”

“Di Montezemolo admitted that he could not imagine both current Alonso, 31, and Vettel racing for the same team. ‘Alonso and Vettel, that would be difficult,’ he said. ‘When you have the best driver in the world, you must offer optimal conditions.’” What in the world happened, Jenson? (The Sun)

“After five races I thought we would win the championship. We seemed very competitive and at that stage I wouldn’t have said Red Bull would win.”

Sports Authority of Thailand governor Kanokphand Chulakasem: “An F1 race is likely to take place here in early 2015 instead of in 2014 in our initial plan.”

Domenicali: “Two coordinators for the 2013 and 2014 design projects” (Ferrari)

“As regards the design, we have decided, particularly in light of the unusual demands we will face in 2013, when we will have a completely new project to work on for the future, to have two coordinators: Simone Resta, an engineer who has developed his career in Maranello and is very effective, will work on the 2013 car and Fabio Montecchi, will deal with the one for the following year. Nikolas Tombazis continues as chief designer.”

Deputy team principal Bob Fernley: “We’ve had two seasons where we’ve been slow out of the box. It’s caught us out. Hopefully in 2013 that won’t be the case.” “There was only so much James [Key] and the guys could have done for this year. Once the car is there, it’s there and you can bring some updates that can help, but a lot is in the chassis and in the mould. There are a few things that came through in the last few races, but in terms of revamping the car it was always going to be pretty difficult after the summer break and that’s why it was best to spend most of our time looking forward to next year.”

Jules Bianchi’s manager Nicolas Todt believes his driver has a “real chance” of driving for Force India in 2013.

“Mr Monti indicated his intention in a meeting on Wednesday with Pier Ferdinando Casini, head of the small UDC party, and Luca Cordero di Montezemolo, the head of Ferrari who has launched his own civic movement in support of the prime minister, according to three sources close to the talks.”

McLaren are next to announce their launch date – the MP4-28 be revealed on January 31st "in the UK". #F1

Were Ferrari right to keep Massa? @ArmchairExpert thinks so:

Yep, it was the right decision, because I don’t think there are many drivers out there who are fast, but without ambition, happy to take a gearbox penalty for benefit of their team mate.
@ArmchairExpert

On this day last year the BBC confirmed its controversial deal to share the F1 rights with Sky would save it £150m following the government-imposed freeze on the licence fee: