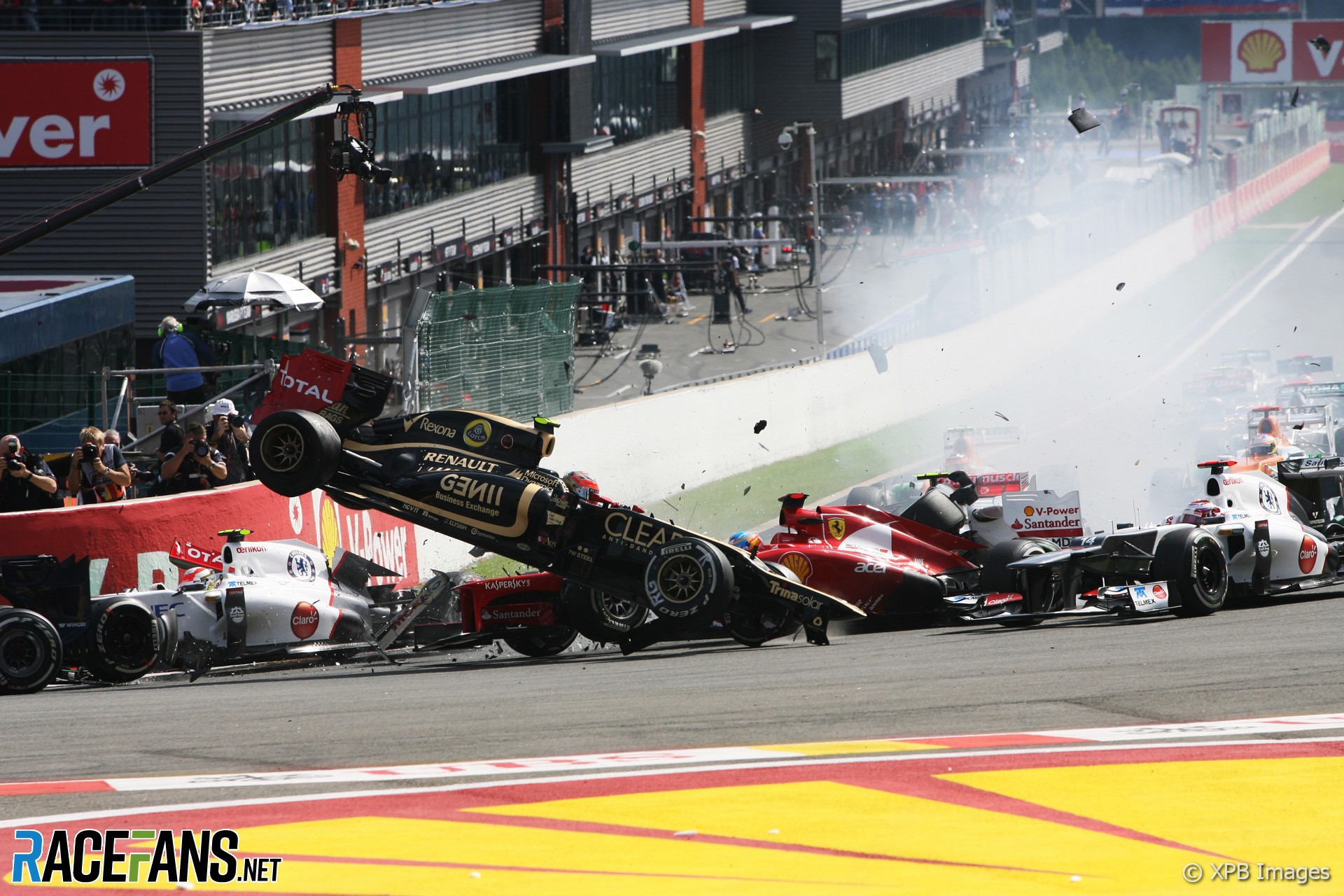 FIA stewards have given rare insight into how penalties are decided in a feature for the FIA’s new magazine Auto.

One of the most contentious decisions of the season was Romain Grosjean’s one-race ban for causing a collision at the start of the Belgian Grand Prix which removed himself, Lewis Hamilton, Fernando Alonso and Sergio Perez from the race.

Grosjean’s ban, the first for an F1 driver in 18 years, attracted much discussion at the time, particularly over the stewards’ admission that it was levied in part because “it eliminated leading championship contenders from the race”.

FIA Institute deputy president Garry Connelly, who served as a steward at the several races this year including the Belgian Grand Prix, explained the thinking behind Grosjean’s ban:

“That incident could have completely changed the outcome of the FIA’s premier championship. But what Romain got the extra penalty for was not that, or at least not wholly for that.

“When you’re a relatively new driver to Formula One and you have the privilege of driving in a potentially winning or podium finish car, you’re mixing it with a group of drivers who have many years more experience than you do at the sharp end of the field.

“It therefore behoves you, in our view, to exercise greater care and attention because you are, in our view, with all due respect, the new kid on the block and maybe a little out of your league compared with the guys around you at that end of the grid.

“It was a very serious decision and one that was taken only after lengthy weighting of the facts, the evidence, history, everything. However, every decision weighs heavily on the stewards’ minds. No decision to penalise a driver is ever taken lightly.”

Connelly praised the addition of former drivers as stewards, a practice which began in 2010, as “one of the most revolutionary and outstanding initiatives taken in the sport for years”.

“It brings a depth of experience and knowledge to the stewards’ room that is irreplaceable,” he added. “The drivers take it seriously too. They are constructive and they are, in some cases, tougher than the toughest stewards I’ve worked with.”

How far stewards should use their discretion when applying penalties, and whether there should be fixed punishments for certain transgressions, remains a point of debate. During the drivers’ briefing for the Korean Grand Prix several competitors voiced a desire for all incidents involving one driver impeding another to result in a five-place grid penalty.

At the previous event in Suzuka Jean-Eric Vergne received a three-place penalty for holding up Bruno Senna while Sebastian Vettel was given a reprimand for impeding Alonso.

Alonso later said the decision was partly to blame for him losing the championship to Vettel, describing the awarding of a reprimand as “surprising”.

The FIA is also considering introducing a points-based penalty system where drivers would receive points on their licence for infractions and an automatic race ban would be imposed if they reach a certain figure. The proposal has Jean Todt’s backing but race director Charlie Whiting believes more discussion is needed to come up with a satisfactory solution.

61 comments on “Grosjean ban ‘not just for affecting the championship’”