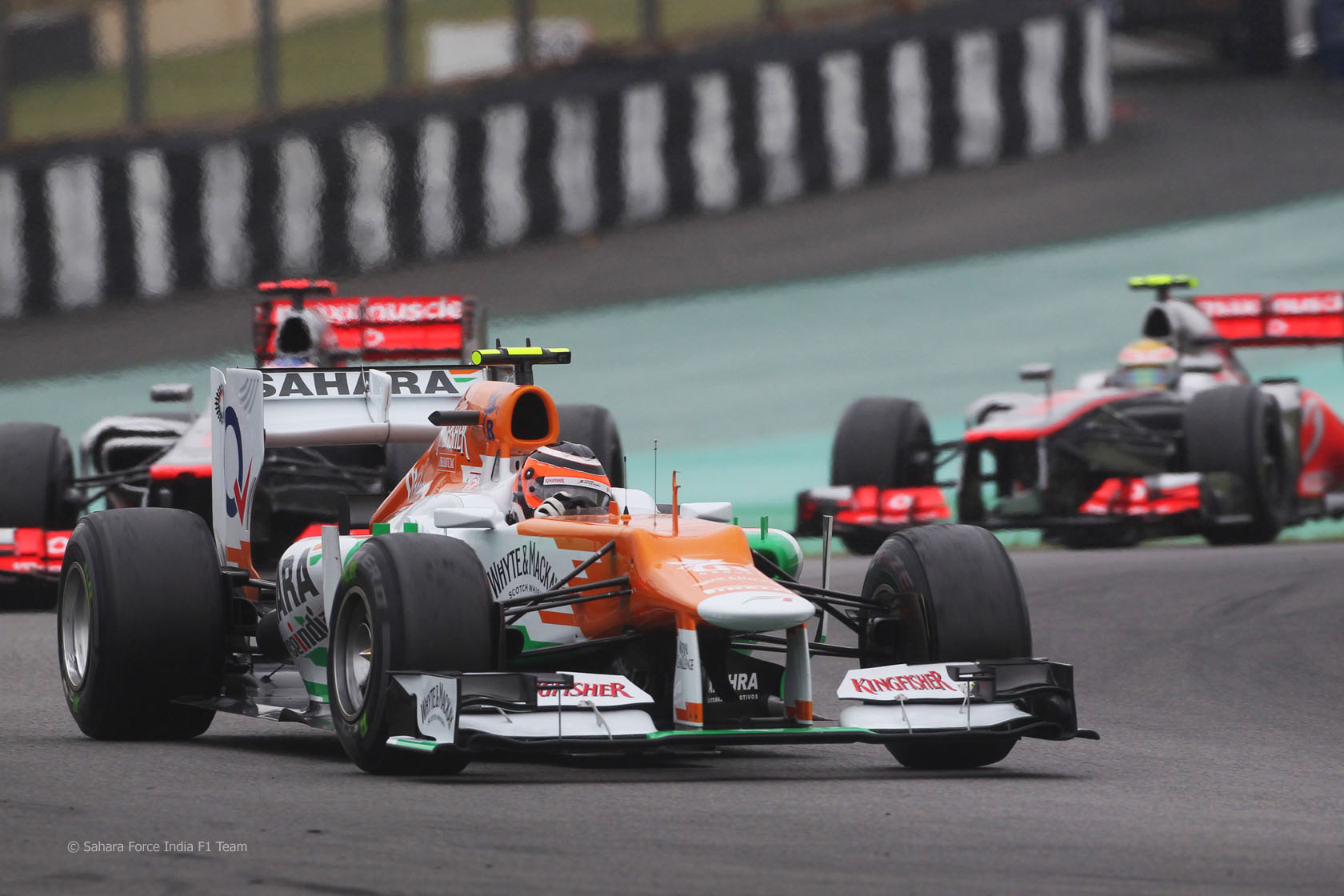 In the round-up: Lewis Hamilton criticises Nico Hulkenberg after his last race for McLaren was ended by the Force India driver.

“The dude didn’t even come and say sorry and that says a lot. That’s what happens when you race with a less experienced driver.”

“It was one of the toughest races I?¾įķ╝įõ¾ve had. It was very tricky. It was on that point many times when you think Inters is the right tyre. I kept asking the team ‘what?¾įķ╝įõ¾s going to happen with the weather: it?¾įķ╝įõ¾s supposed to be light showers?’ Well OK, we?¾įķ╝įõ¾ll see how we go but it was so, so difficult. You?¾įķ╝įõ¾re locking up tyres here and there but you?¾įķ╝įõ¾ve just got to push to the limit. You have to wait for the team to give you the information about all the other people on [intermediates] so it?¾įķ╝įõ¾s not just about driving the car at that point.”

“Since the start of the season, we were fighting with the car, the car wasn’t similar to last year’s, I couldn’t… it’s difficult for you to understand, but I couldn’t use my tricks or my style to make it work and manipulate the car the way I liked. I didn’t have enough rear stability mostly to work with the brakes and get the car into the corners, to the apex, the way I like. We tried everything and I think at some stage, we just did a step that was big enough and in the right direction that allowed me to do more of what I like, so naturally it came in our direction.” Martin Brundle: “I’ve spoken to Gary Connolly, one of the race stewards, and he has absolutely confirmed that they were red-and-yellow boards – didn’t look much like that from the somewhat grainy and rainy yellow on-board footage, did it?”

All sevens for Schumacher on F1 farewell (Reuters)

“I enjoyed most of it. It wasn’t as successful as we wanted it to be but still I learned a lot for life and I’m quite glad for the good emotions again. Now is a good time to go…”

“We know we have made significant progress in the second part of the year and along with changes in terms of our infrastructure and how the team is run, we can be optimistic about 2013.”

Well a season over just like that. Man life goes fast! Congrats @redbullracing & S Vettel for a 3rd title. And everyone for there support!

I think @RyanWilliams captured the spirit of F1 Fanatic brilliantly with this one:

Best race of the year, hands down.

Suspense from start to finish, battles up and down the field and a worthy champion at the end.

Bernie Ecclestone was mugged in London on this day two years ago.

Ecclestone, who was 80 at the time, quickly bounced back from the ordeal and later appeared in an advert for his chosen brand of watches displaying the injuries he had received.

176 comments on “Hamilton: “The dude didn’t even say sorry””