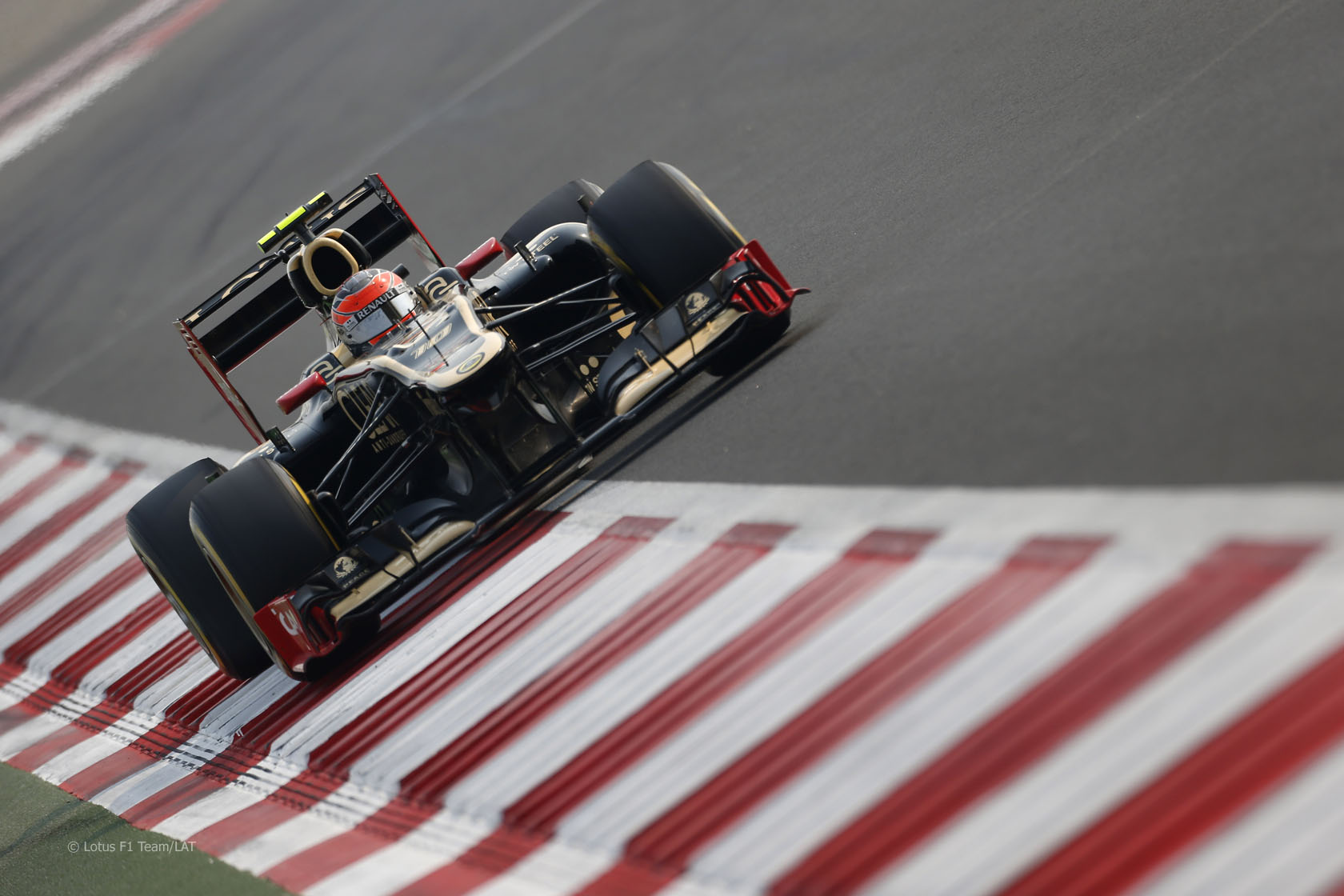 Lotus will introduce an upgrade in Abu Dhabi this weekend which they hope will cure a key drawback of their recently-introduced Coanda exhaust.

The E20 has had poor straight-line speed since the team added its Coanda exhaust. Kimi Raikkonen was slowest through the speed trap in qualifying in India.

“We aim to introduce an exhaust pipe that keeps all of the Coanda downforce benefit, but sheds some of the horsepower penalty that we suffered with for our first iteration design,” said technical director James Allison.

Allison said this represents the team’s first attempt to reduce some of the power loss and they expect to find more: “It is not really the straight-line pace that is the issue as we can set that wherever we like simply by choosing the rear wing setting. It is the power that we need to recover.

“Our first version of the Coanda system is rather power-hungry. With Renault Sport?óÔéĽÔäós help we expect to claw back around one third of the loss in Abu Dhabi, and would be able to get around half of the loss back eventually.”

Both drivers finished Sunday’s Indian Grand Prix stuck behind other cars which they struggled to pass due to the difference in top speeds.

“Unfortunately Kimi spent most of his race looking at the back of [Felipe] Massa’s car,” said Allison. “We briefly got past him at the pit stop but only to be overtaken in the DRS zone down the straight and then really sat behind him without the speed or power to overtake him again.

“Kimi could comfortably drop back and then come up behind Felipe, so it was clear we were definitely faster than the Ferrari. This confirmed that we had qualified somewhat put of position with both cars.

“Sadly, with the compound choices being so conservative at this race, it was very hard to build up the necessary head of steam to force an overtake.”

Lotus will test their ‘Double DRS’ upgrade again in the Young Drivers’ Test following this weekend’s Grand Prix, but Allison does not expect to use it in a race this year:

“Our plan is to work on understanding how to make it act in a sufficiently predictable manner to be deployable in a race. Given the difficulty we have experienced so far, I think it would be optimistic to see it used in anger this season, within the final races remaining.”