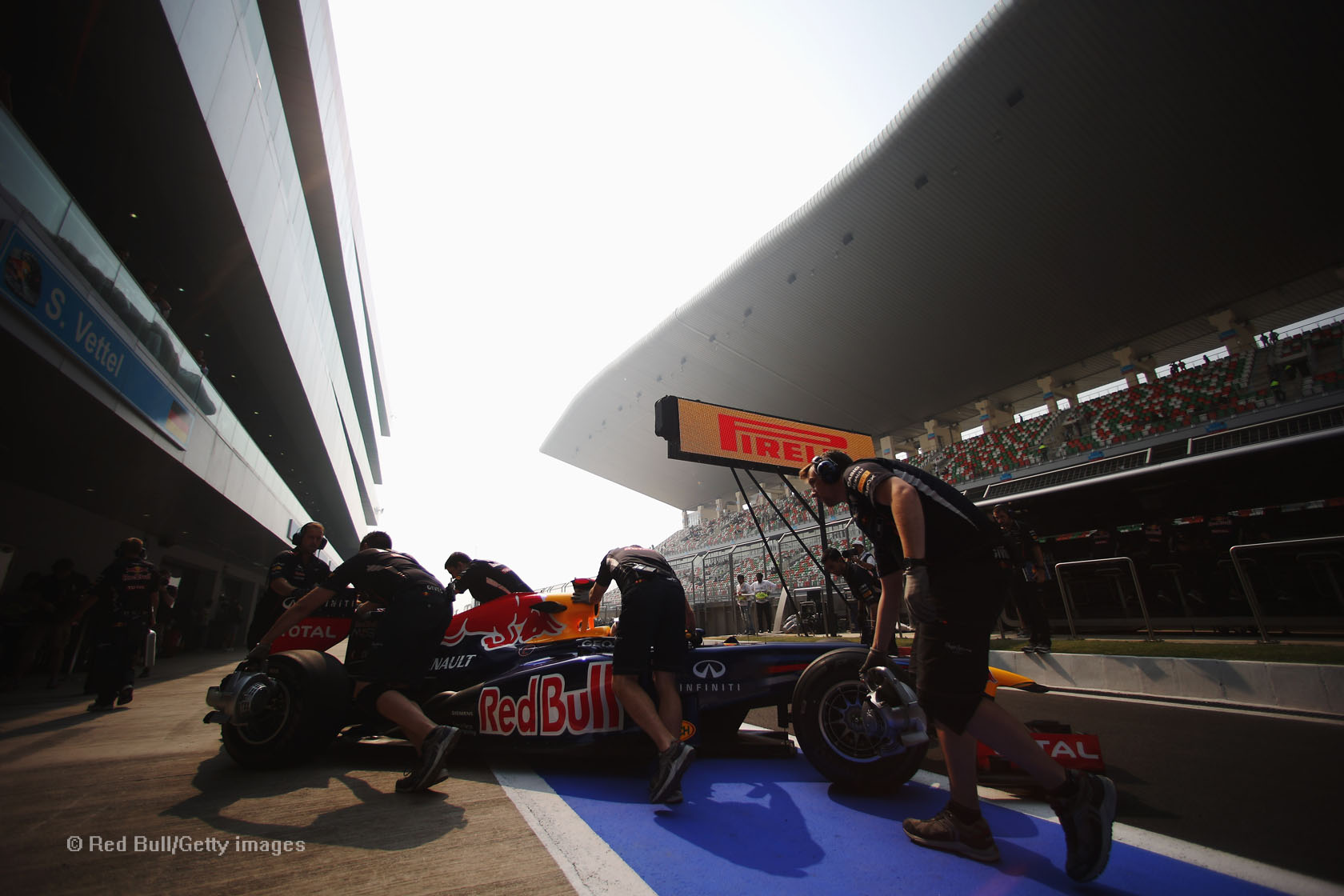 Sebastian Vettel was the fastest driver for the third session in a row in practice for the Indian Grand Prix.

The Red Bull pair hit the top of the times as soon as they joined the track in the first session, Vettel leading the way on a 1’25.892.

To begin with their closest rivals were over a second behind, but Lewis Hamilton soon cut that deficit to 0.259s.

Ferrari didn’t start lapping until halfway through the session. Soon after Fernando Alonso and Felipe Massa appeared on the track the two began running in each other’s slipstreams on the main straight, seemingly practising getting a tow for qualifying.

Vettel only improved his time by five-hundredths of a second after switching from the hard to soft tyres. Button moved up to second behind him.

Webber took third following a spin at the final corner, with the other McLaren of Hamilton in fourth.

Alonso could do no better than seventh behind the Lotus of Kimi Raikkonen and Bruno Senna’s Williams, the latter running high in the top ten on several occasions during the session.

22 comments on “Vettel remains on top in India”