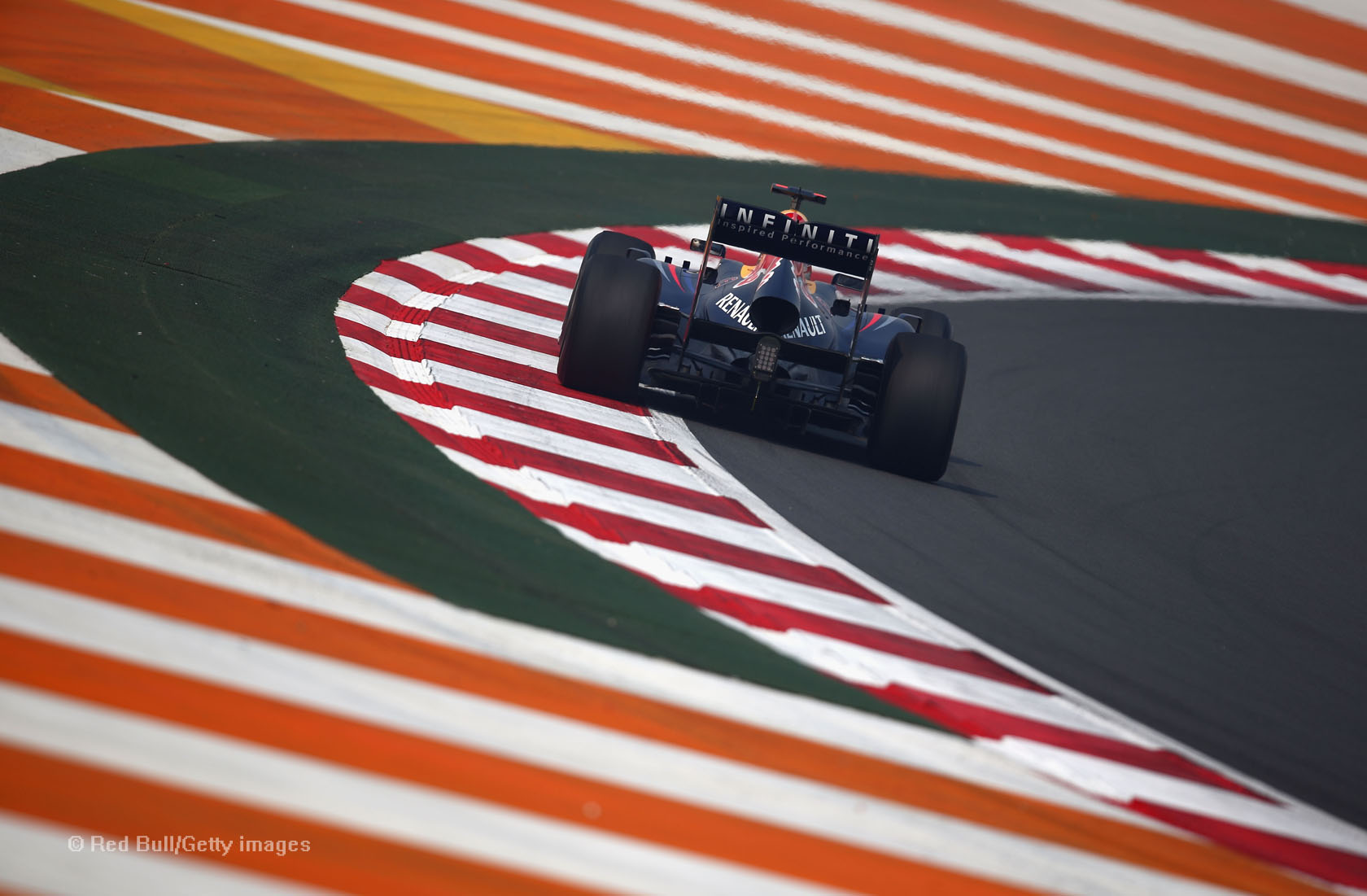 Sebastian Vettel remained quickest in practice for the Indian Grand Prix as Red Bull increased the margin over their rivals.

By the end of second practice Vettel’s RB8 was almost six-tenths of a second quicker than the next car of a different team.

The Red Bull pair led the way at the start of the session until Fernando Alonso and Lewis Hamilton began trading times. Alonso ended up the quickest of the two to begin with, beating the best time from the first practice session with a 1’27.402.

The slippery track caught several drivers out early on including Alonso’s team mate Felipe Massa. He spun sideways at the exit of turn 11, flat-spotting his tyres.

That caused some concern at Ferrari, who asked Massa if he would still be able to do his planned constant speed aerodynamic test. He carried on, complaining of tyre vibrations.

Moments latest Romain Grosjean spun at the same corner and Bruno Senna had a low-speed spin at turn three.

Vettel claimed back the top time until the drivers began using the softer tyres. Kimi Raikkonen took over with a quickest lap of 1’27.030 in the Lotus.

Massa had another spin on his soft tyres and Alonso had to dodge around his team mate on his way to setting third fastest time. Massa blamed a balance problem on his car but having ruined both his hard and soft tyres, limited him to doing just practice starts instead of a race simulation run at the end of the session.

Alonso briefly took over at the top of the times but the Red Bulls showed their hand soon afterwards. Webber beat Alonso’s time by almost half a second and Vettel lowered the best time by a further tenth of a second.

McLaren struggled to produce any performance on the softer tyres. Hamilton could do no better than sixth behind Rosberg and Raikkonen.

37 comments on “Vettel extends his advantage in second practice”