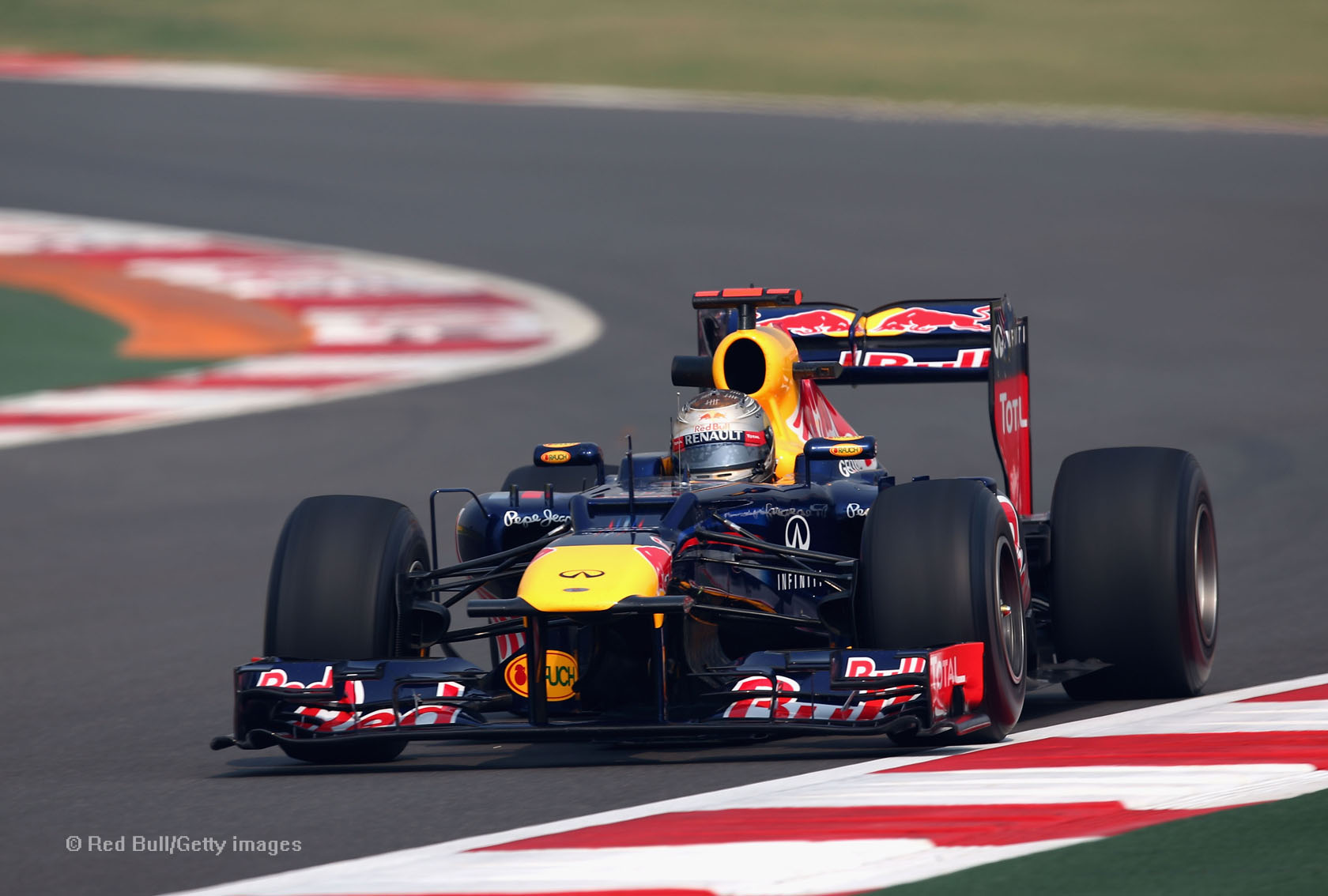 The Red Bull driver was over three-tenths of a second faster than his closest rivals.

The session got off to a quiet start as drivers discovered the circuit was low on grip during their installation runs.

The Red Bull drivers didn’t set times until more than half the session had been completed. Mark Webber’s second effort was enough to put him quickest, and he later improved to a 1’28.229.

With just over a quarter of an hour left in the session Hamilton persuaded his engineer to let him do an extra lap at the end of his run, feeling there was more pace in the car. He turned out to be right, producing a 1’28.046 to top the times.

It didn’t take long for Red Bull to reassert themselves but this time it was Vettel on top, edging Hamilton’s time by a hundredth of a second.

With less than two minutes remaining Vettel stretched his advantage, setting a 1’27.619 to move four-tenths of a second clear of Alonso and Hamilton.

Button posted a late improvement with a 1’27.929 putting him in second place.

Esteban Gutierrez took Sergio Perez’s place for the session as the Sauber driver is unwell. “This should help Sergio’s speedy recovery so he is able to drive for the remainder of the weekend,” the team said in a statement.

Gutierrez had a near-miss with the barrier at turn nine and ended the session 20th.