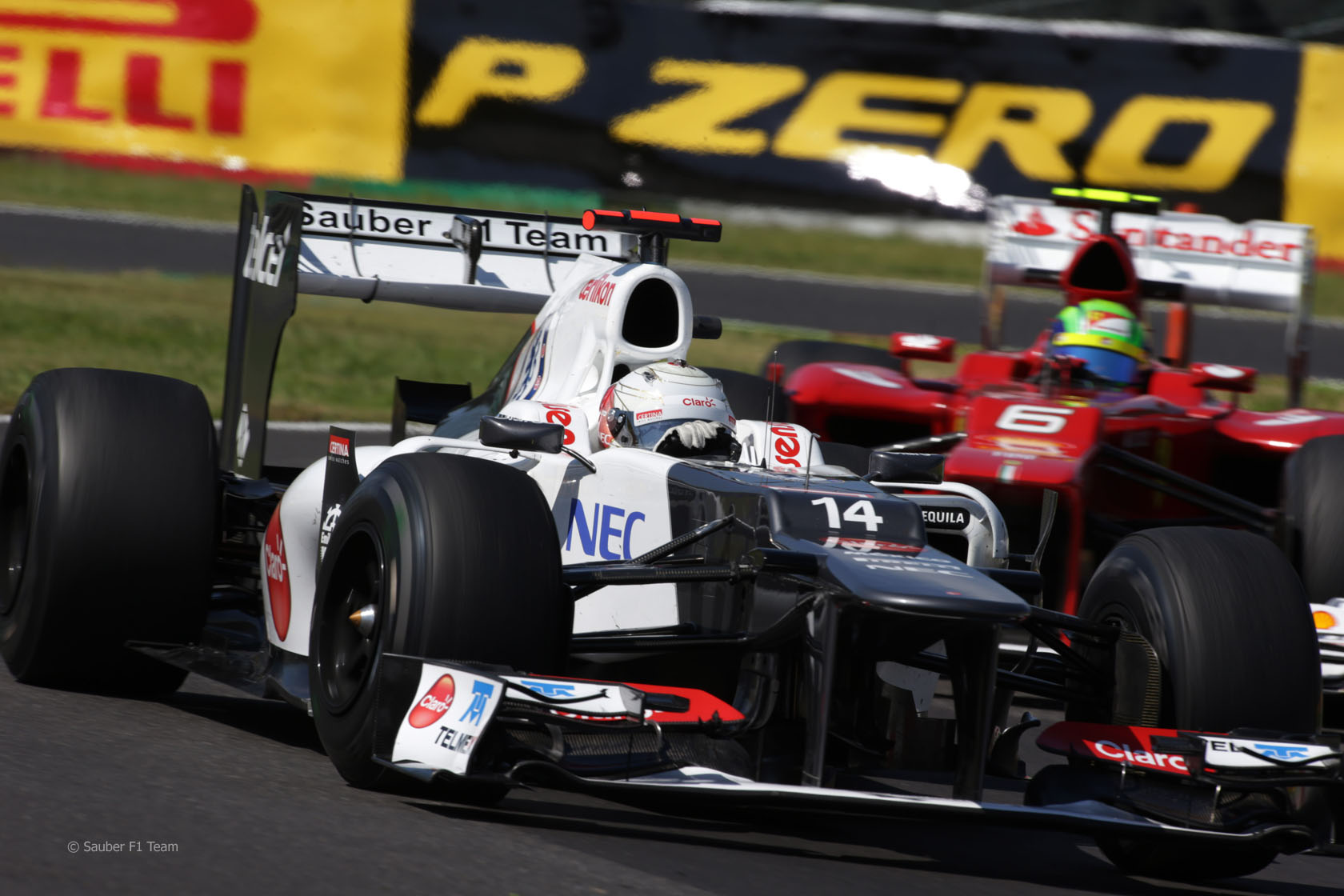 Kimi Raikkonen’s qualifying spin and new angles on the first-lap crashes can be seen in these fans’ videos from Suzuka.

Plus an unusual ‘pit stop’ for the safety car and lots of support from the crowd for Kamui Kobayashi.

Footage from Friday practice including several of the classic F1 cars on display at Suzuka.

Alonso gets a nose job

First past the scene is Sebastian Vettel, who was on course to improve his pole position time but backed off and was caught by Fernando Alonso at the chicane later on in the lap.

Nico Hulkenberg and Kamui Kobayashi also pass by before Raikkonen pulls away.

A warm welcome for Kamui Kobayashi on the drivers’ parade, who then gets a great start to take second place.

A good view of the action at turn one including all three incidents plus Mark Webber reversing out of the barrier and continuing while Nico Rosberg and Fernando Alonso’s cars are recovered.

Grosjean’s bent front wing can be seen creating sparks as he accelerates away.

Action at the hairpin

Footage from the hairpin during the race.

The final stages of the race, with a great cheer from the crowd as Kobayashi holds off Jenson Button to take third place.

Kamui Kobayashi takes to the run-off to get closer to the crowd on his way back to the pits after finishing third.

A pit stop for the safety car?

Thanks to @Girts for researching this article. If you’re interested in contributing to F1 Fanatic, see here for details on how you can:

Were you at the Japanese Grand Prix? Did you capture any videos? Share them here: