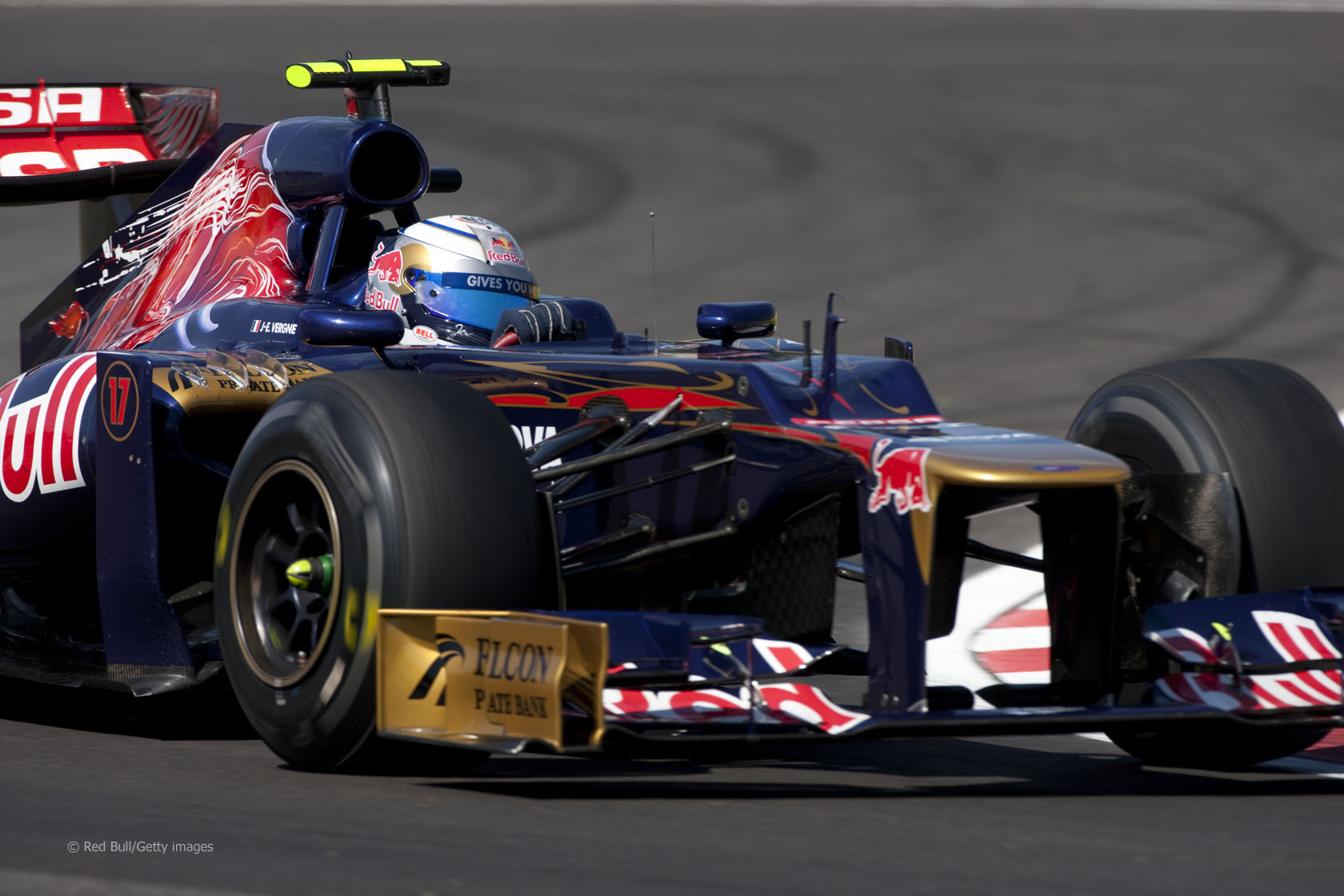 Jean-Eric Vergne has been moved back three places on the grid for the Japanese Grand Prix for holding up Bruno Senna during qualifying.

The stewards agreed Vergne had impeded Senna at the chicane during Q1.

Vergne said: “I was catching [Timo] Glock on my flying lap and I had to slow because of that.

“I saw Bruno was coming very quickly and unfortunately he caught me at the chicane where there is not much room. But I knew I had to let him past and moved as much to the outside as I could, even though I knew I would not be in the best position to come out of the corner.

“After that, he slowed a lot and I had to pass him again on the straight, otherwise I would not have set a proper time.”

The penalty moves Vergne behind Senna, who was knocked out of Q1 after being held up by the Toro Rosso driver.