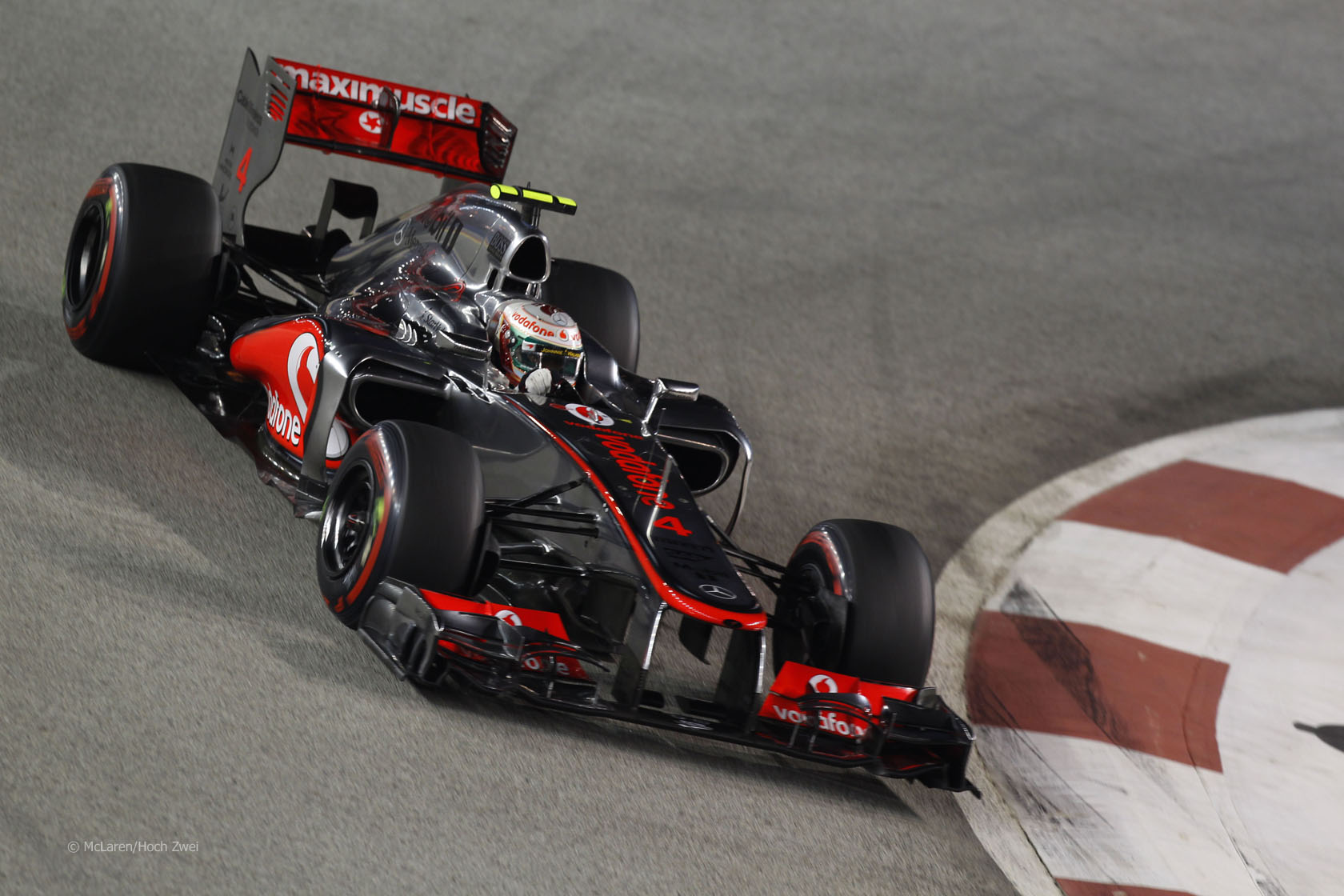 Lewis Hamilton won the closest ever Driver of the Weekend poll so far following the Singapore Grand Prix.

Hamilton took a mere 26.2% of the votes with four more than Paul di Resta. And race winner Sebastian Vette was not far behind in third place.

This is also the first time the poll was won by a driver who did not finish the race.

Hamilton took his fifth pole position of the season with a huge advantage of almost half a second over the next driver on the grid, Pastor Maldonado. He led the race comfortably until his gearbox failed and believed he would have won had it not been for that.

Hamilton. Unbelievably fast in qualifying, fantastic pace throughout the early stages of the race. It?óÔéĽÔäós a pity he couldn?óÔéĽÔäót finish ?óÔéĽÔÇŁ and probably win.
sigman1998

I?óÔéĽÔäóm going with Hamilton. He had everything under control and was cruising from early on. A cruel mechanical failure robbed him of a victory. Mechanical failures have been more common this year, but this one may have robbed the championship of a really good fight down to the last race.
Mark Salt

For me it was Lewis Hamilton. Fantastic first lap in Q3 and great stuff in the race. Very disappointed to see him retire and maybe lose his chance of the championship but he was on top form. If McLaren can sort out their reliability then they are a force to be reckoned with. They could and should have had four wins on the trot now.
smifaye

Fastest by half a second in qualifying, did nothing wrong all weekend managed the gap to Vettel and had the win all-but in the bag.
baldgye

After securing his best grid place of the season, Di Resta overtook Fernando Alonso at the start, but was unable to keep the Ferrari driver behind him on the first lap. He stayed out of trouble and Lewis Hamilton’s and Pastor Maldonado’s problems promoted him to fourth – his career-best result.

I voted for Paul di Resta. Singapore, probably the toughest race on the calendar, is believed to be one of the few venues where the driver?óÔéĽÔäós ability plays bigger role than usually in F1. Di Resta drove intelligently, didn?óÔéĽÔäót put a foot wrong, beat his team mate fair and square, and finished less than four seconds behind Alonso. That was a performance worthy of a champion in a mediocre car.
Girts

Ok. Di Resta ?óÔéĽÔÇŁ your time. There?óÔéĽÔäós something about this guy and Singapore and I wouldn?óÔéĽÔäót be surprised if he wins it next year or the year after next. Well done.
Antonio Nartea

He was fastest in all three practice sessions, but was unable to keep the momentum in qualifying, where he finished only third. When the lights went off, he got in front of Maldonado in second and capitalised on Hamilton’s misfortunes to take the lead and eventually win the Marina Bay race in the second consecutive year.

Driver of the Weekend is Vettel for me. He didn?óÔéĽÔäót deliver in Q3 and might not have won if it wasn?óÔéĽÔäót for Lewis?óÔéĽÔäó gearbox, but this was a classic Vettel victory. Not a fan, but well deserved.
Nick

He won from off the front row and made important and decisive passes after his first stop, both of which people have claimed he can?óÔéĽÔäót do.
91jb12