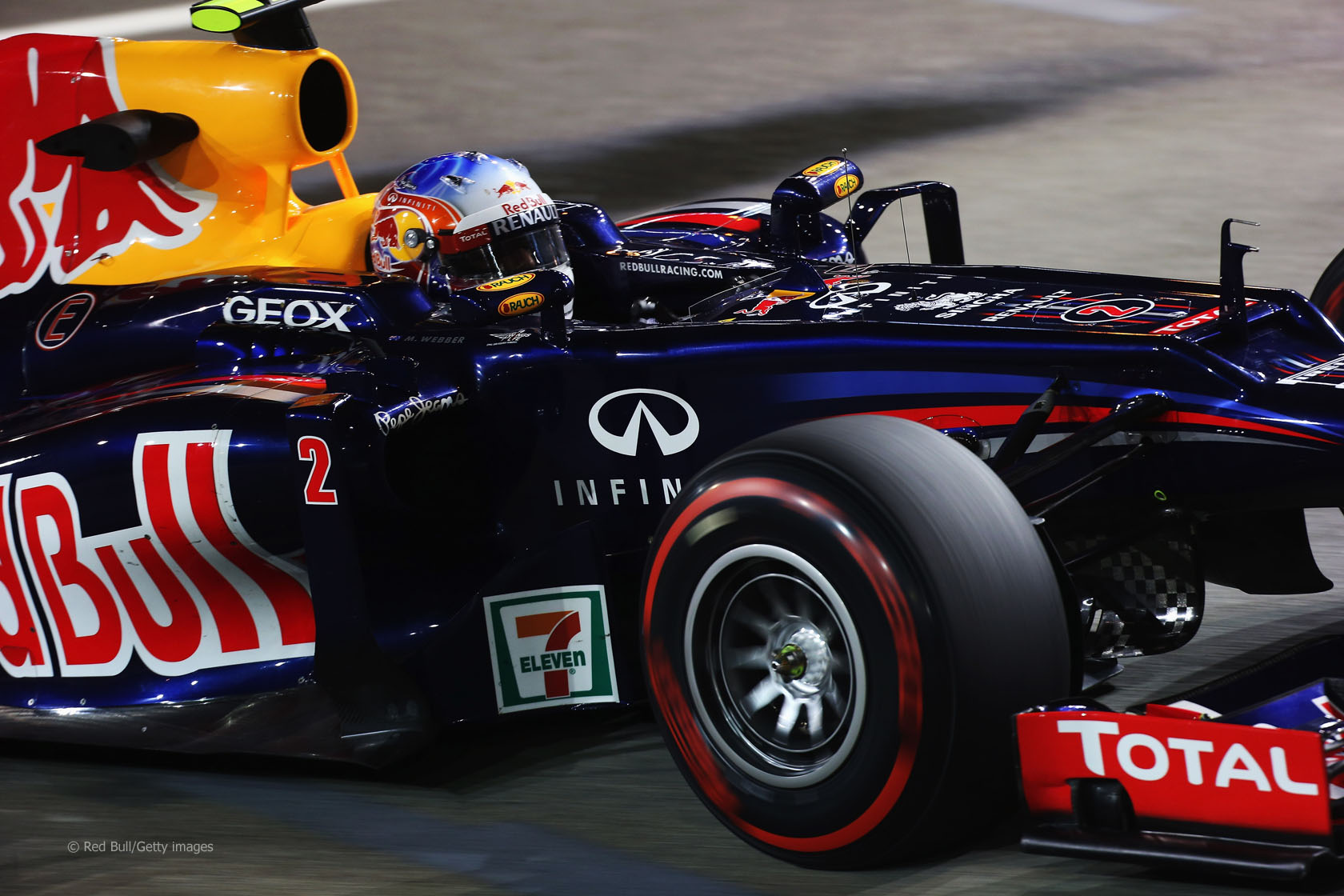 Mark Webber has lost the point he scored in the Singapore Grand Prix after being handed a penalty.

The stewards gave the Red Bull driver a 20-second time penalty after going off the track while overtaking Kamui Kobayashi.

Webber was given a drive-through penalty which, because it is applied after the race, becomes a 20-second penalty.

The stewards’ report said: “Notwithstanding that the distance by which car two left the circuit was minimal, advantage was gained hence a breach did in fact occur.

“Such a breach has consistently attracted a drive-through penalty.”

59 comments on “Webber demoted to 11th after time penalty”