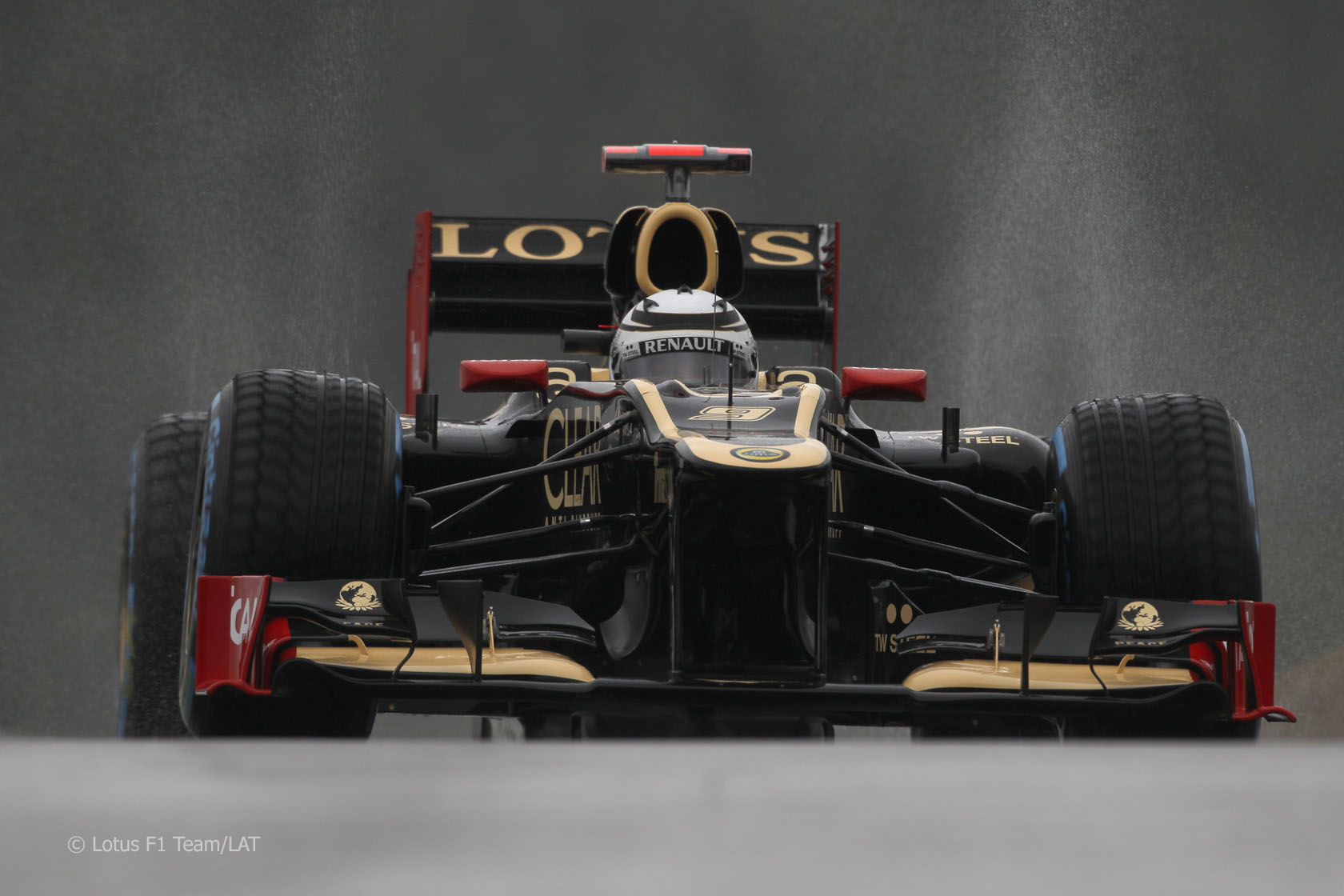 However the limited running done during the two wet sessions has had an effect on at least one of the team’s plans for this weekend.

Lotus technical director James Allison revealed they will not use their new Double DRS – referred to by the team as the ‘device’ – in the third practice session tomorrow. That means it is unlikely to be seen in the rest of the weekend.

“Today?óÔé¼Ôäós rain also prevented us from seeing how the ‘Device’ would perform in the expected race conditions.

“With discretion being the better part of valour we will conduct third practice tomorrow with a conventional aero package rather than attempting to squeeze Friday?óÔé¼Ôäós intended evaluation into the precious final practice session.”

Romain Grosjean said: “It?óÔé¼Ôäós a big shame we couldn?óÔé¼Ôäót do much running today as it was so wet. I was really looking forward to trying the famous ‘Device’ for the first time, but I guess I?óÔé¼Ôäóll have to wait.”

In very wet conditions some part of the track proved more treacherous than others, as Jenson Button explained: “For most of the lap, you?óÔé¼Ôäóre not really pushing ?óÔé¼ÔÇ£ then, halfway down the Kemmel straight, it suddenly gets wetter.

“It?óÔé¼Ôäós a different type of asphalt, which doesn?óÔé¼Ôäót drain as well. As soon as you hit that, you feel the car slow down and then it starts to spin its wheels.”

Here’s some of the data from today’s two practice sessions:

10 comments on “Lotus to put Double DRS ‘device’ on hold”