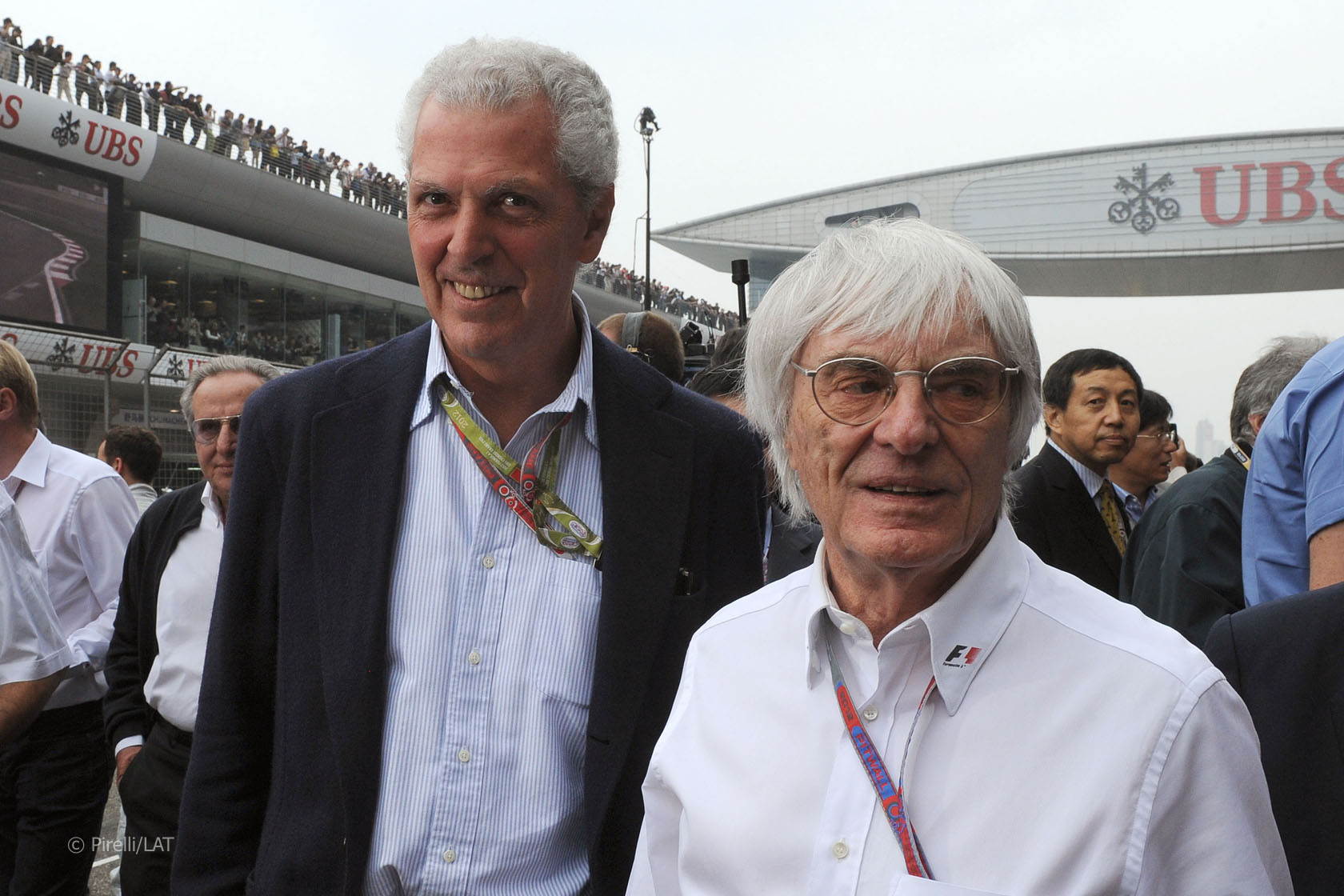 In the round-up: Bernie Ecclestone visits the London Olympic Park.

“It’s surprising how many people have come out, it’s good. I’m sure we’d get big crowds. It depends on the circuit, at the moment we are just looking at that. Somebody is looking about going into the centre of the arena and out again, so whether that is going happen or not, we’ll have a look and see.”

Ferrari development ‘back on track’ (Autosport)

Pat Fry: “We have a few interesting developments that we will introduce at Spa, a track which, from an aerodynamic downforce point of view, is quite special, as indeed is Monza. In fact, we will also have an aerodynamic and engine package specifically suited to the Italian track.”

“Purchases [of tickets for the 2012 United States Grand Prix] were made from fans in all 50 states and 37 foreign countries. It’s estimated 120,000 fans will attend each day.”

Among the many excellent suggestions from yesterday’s Caption Competition were those from S.J.M, Dane, Juke, SouthPawRacer, Cryptowillem, David Seward and StephenH.

But for a winner it was hard to look past the very first suggestion, from OASE: Dan Gurney had put the Porsche 804 on pole position for the team’s home race and led the first two laps around the gruelling 22.8km track made even more demanding by the rainy conditions.

Gurney then had to contend with a further problem when his battery worked loose. Hill took the opportunity to pass, as did John Surtees and they finished in that order, less than five seconds covering the three of them after almost two hours and forty minutes of racing.