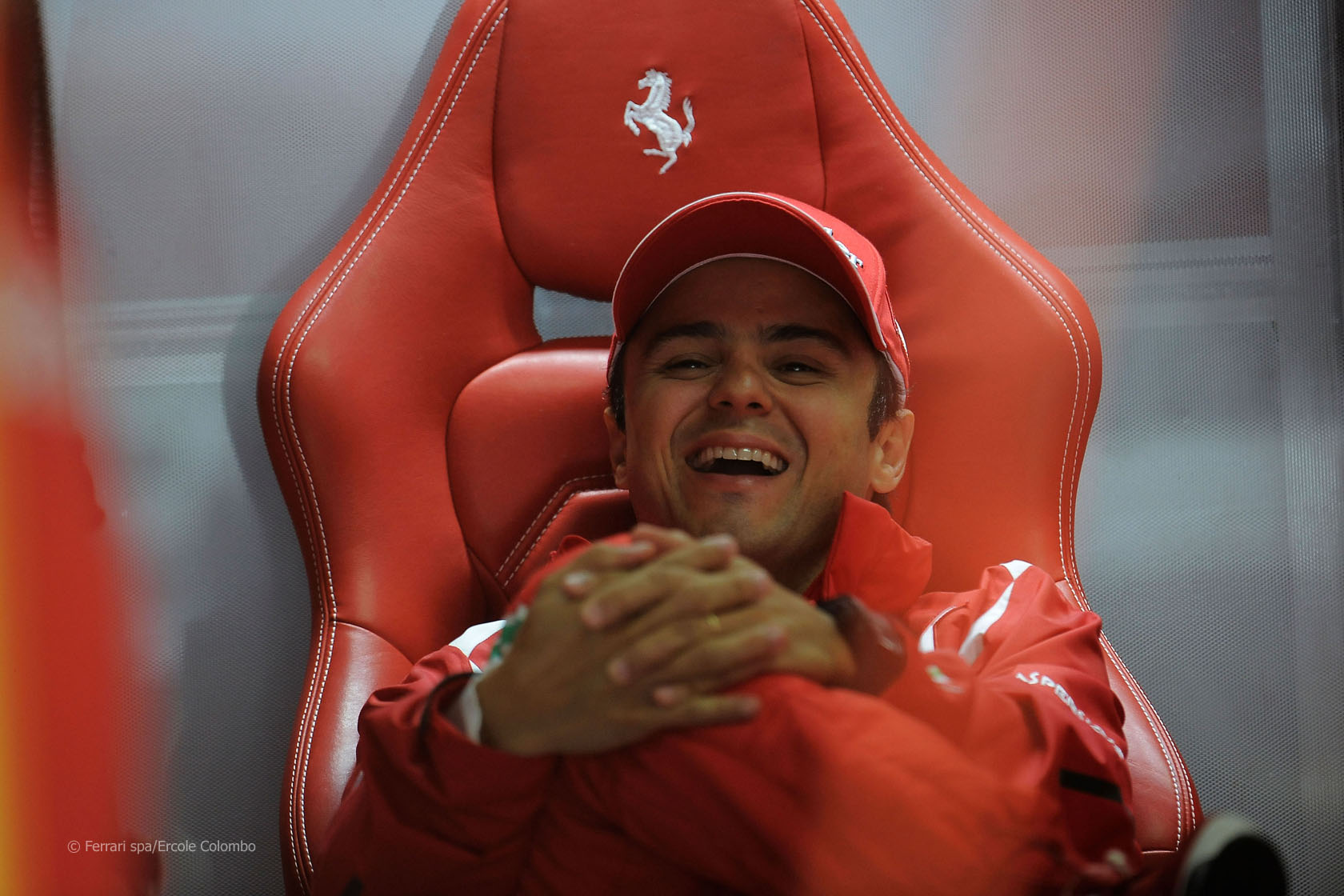 On-song Alonso is revved up (The Sun)

Felipe Massa: “For sure, Fernando needs me. In a championship like this, it is very important to have both cars scoring points.”

“The FIA is trying to produce a rule clarification in time for this weekend’s Hungarian Grand Prix.”

Both Our Drivers Still In Title Hunt, Says Whitmarsh (Speed)

“We’re at the half way point and we?¾įķ╝įõ¾ve got a lot of racing ahead of us, and they can both do it. This season is going to go right to the very end. I believe that we?¾įķ╝įõ¾ll be sat on the edge of our seats in the last few laps of the Brazilian GP, and I hope I?¾įķ╝įõ¾m in deep agony on those last few laps, because it means we?¾įķ╝įõ¾re in contention to win!”

Horner: Hamilton did nothing wrong (Autosport)

“If you look at the rules, I don’t think that there is anything to say that a car can’t unlap itself. It’s frustrating that it cost us a second and it’s unfortunate that he didn’t unlap himself from Fernando as well.”

James Allison: “If the first ten races of the year are a guide then we will be competitive in Hungary” (Lotus)

“We have been pretty reasonable in the wet this year ?¾įķ╝įŪŻ for instance our performance was commendable in the wet conditions of FP2 at Hockenheim – but for some reason the car was utterly lousy once the rain came in qualifying. This mystified us at the time and continues to do so.”

Mark Webber: “I had nothing to fight with” (Adam Cooper)

“[Air] exits through the gaps between the endplates and the wing profiles, reducing drag and boosting the DRS effect – a kind of ‘turbocharged’ DRS, as it were.”

“‘My God,’ said a former Grand Prix winner in the paddock, ‘If Fernando [Alonso] was in a Red Bull, there’d be no point in anyone else turning up…'”

“It’s tough enough for freelancers to fork out for a year’s F1 travel without the hotels getting the calendar confirmed to them before we do. Thanks for nothing, [Australian Grand Prix promoter] Ron Walker. If you want any international journalists turning up to cover your event and promote your state I suggest you turn your back lawn into a campsite for us, because we’ve been priced out of the city.”

Martin Brundle: “The bottom line here is that there must be a totally new, strong, and consistent initiative to control the use of increasingly generous run-off areas throughout the whole of motor sport. Starting with F1. The drivers, fans and media need to know where it all stands.”

Davidhunter13 sees big things ahead for an on-form Fernando Alonso:

Alonso was flawless, and it?¾įķ╝įõ¾s nice the voting is reflecting that already, huge percentage for him. Most importantly he had a great qualifying lap in very difficult conditions and perhaps not in the best car. As for the race, another great start and despite having two world champions in arguably faster cars hounding him for the whole race he kept a cool head, kept his tires from degrading too quickly and was all round just fantastic. It doesn?¾įķ╝įõ¾t matter how much Massa has lost in recent seasons, he was still in the same car and the difference between him and Alonso is night and day.

Alonso will be a treble world champion, and if Ferrari can keep this up for a few seasons we have a career mirroring Schumacher’s to look forward to, hopefully with a bit more of a challenge from the rest of the field though, don?¾įķ╝įõ¾t want it getting boring now!
Davidhunter13

On this day last year Lewis Hamilton scored a superb win in the German Grand Prix at the Nurburgring. He passed Fernando Alonso and Mark Webber to win.