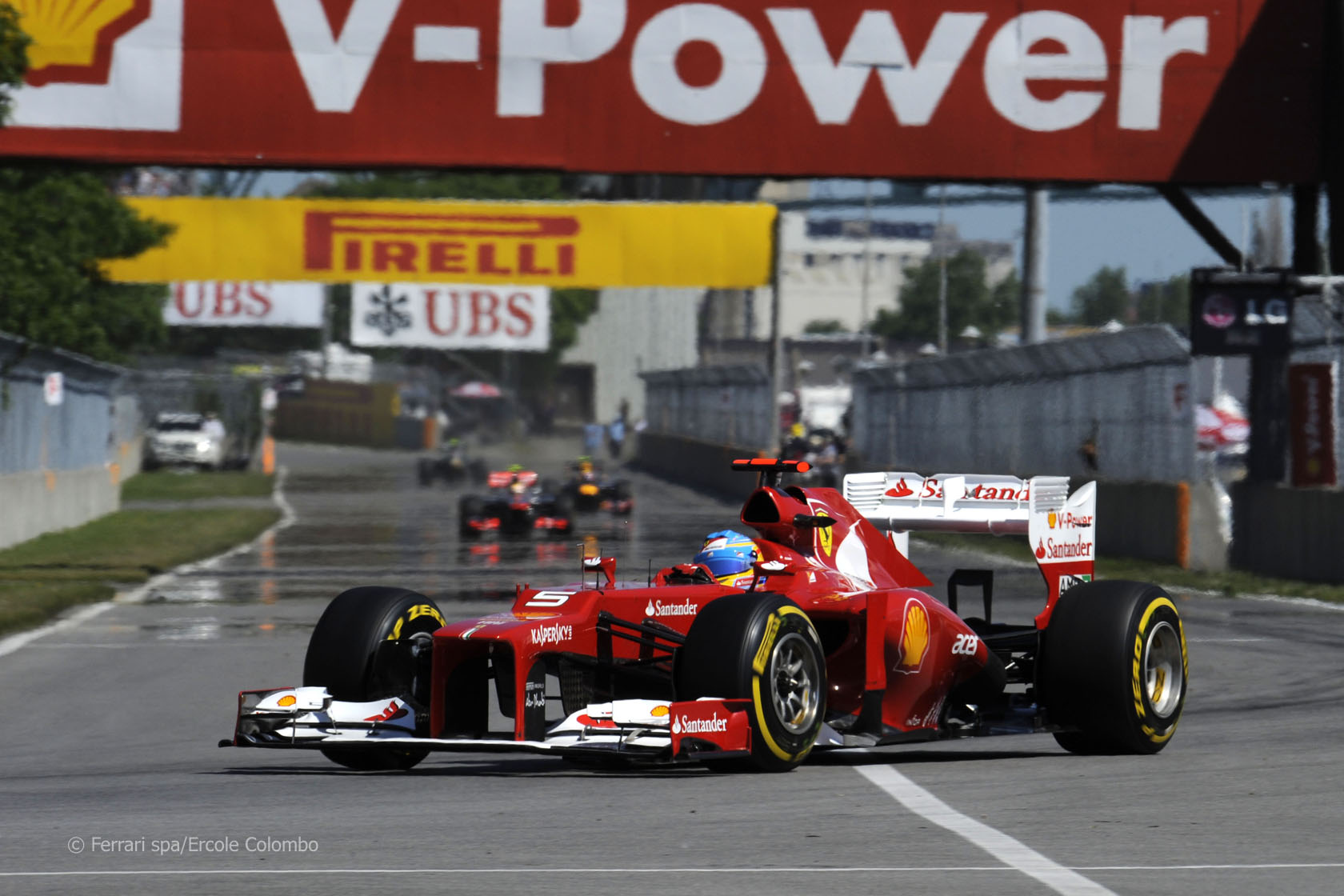 Ferrari have more than halved their deficit to the front runners since the beginning of the season, analysis of the teams’ lap times show.

Meanwhile Red Bull have usurped McLaren as the team to beat and Caterham are putting Toro Rosso under pressure.

Here’s how the cars compare on raw performance at the moment:

This chart compares the fastest lap set by each each teams in every session of the eight race weekends so far this year. The team at 0% set the fastest lap of that weekend and the other teams’ laps are expressed as a percentage of that: Ferrari showed up at the first race of the season with a car their drivers were struggling to keep on the track. The team insisted it would not be until the Spanish Grand Prix that they would be able to introduce the upgrades that would make them competitive.

The graph above illustrates how much progress they have made since then. Over the first four races of the year they were 1.51% slower than the quickest car, but have more than halved this to 0.67% over the last four races.

What’s more, the gap would probably be lower still had they given their drivers the benefit of two attempts on the soft tyres during Q2 in Valencia.

Ferrari play a canny game of expectations management, downplaying the extent of the progress they’ve made. But the figures show how far they’ve come and that they are now regular contenders for victory along with the likes of McLaren, Red Bull and Mercedes.

Red Bull take over from McLaren as the team to beat

At the very sharp end of the field, the car we look for to take pole position is now blue instead of silver.

McLaren started the year as the team to beat on Saturday, but Red Bull have had pole position for four of the last five Grands Prix. Sebastian Vettel enjoyed a margin of a third of a second in the last two races.

But in the ever-evolving world of F1, that may not stay the case for very long. Lewis Hamilton revealed in Valencia his team are readying an upgrade for the British Grand Prix. Over the first four races of the season Toro Rosso looked like credible midfield contenders. Since then they have regularly qualified behind the top eight teams and have increasingly been threatened by Caterham.

Heikki Kovalainen out-qualified both STR7s in Valencia as neither of the Toro Rosso drivers could replicate their FP3 pace in qualifying.

Caterham brought upgrades to last weekend’s race and have more in the pipeline for Silverstone. If Toro Rosso’s slump continues, Caterham may soon be regularly beating one of their established rivals – a target for the team since they first entered F1 (as Lotus) in 2010.

The Valencia street track often sees the performance gaps between the cars close up. It was closest here in 2010 and was one of the closest last year.

This appears to be a consequence of the nature of the track. Valencia is mainly long straights and very low-speed corners, with little in the way of medium or high-speed bends to separate the great cars from the merely good.

This table shows the average performance deficit (%) of each team so far this year compared to last year:

Much has been written about why the 2012 season has been so unpredictable so far, with suspicion falling on likely suspects such as Pirelli’s tyres.

But the swings in performance between the teams points to a much more powerful force at work. The field has closed up considerably, with 2011’s midfield teams finding over 1% of lap time more than the front-runners.

The most obvious explanation for this change is the restriction on exhaust-blown diffusers this year. This has restored F1 to the kind of competitive level we saw in early 2010 – indeed, it’s even closer than that.