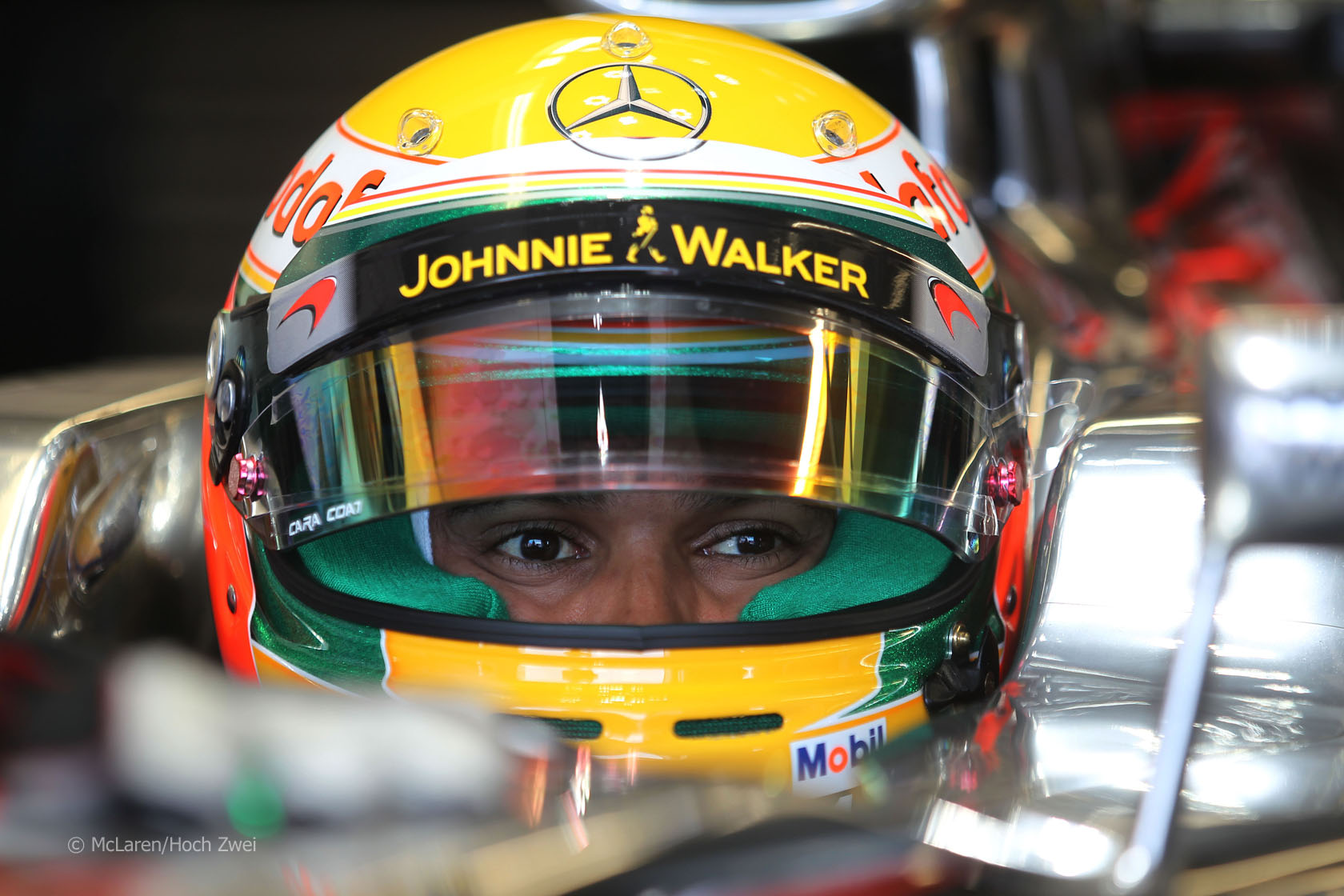 Hamilton, who won the race after passing Fernando Alonso and Sebastian Vettel in the closing stages, topped the poll with 58.7% of the vote.

However fellow podium finishers Sergio Perez and Romain Grosjean also received a significant number of votes. The trio accounted for over 93% of the votes cast.

Here’s what F1 Fanatic readers had to say about their efforts.

Hamilton was quick in the Friday practice sessions but was beaten to pole position by Vettel.

After retaining his second place at the start, he managed to pass the German driver in the pit stops, but lost a place to Alonso, whom he passed on the track. A two-stop strategy meant he had to re-pass Vettel and Alonso in the dying stages of the race.

Hamilton duly won the Montreal race for the third time in his career.

If it was driver of the race I’d say Perez, but since it?óÔéĽÔäós Driver of the Weekend, got to go with Hamilton.

He looked fast all of Friday, and although Red Bull and Ferrari looked the faster cars on Saturday, still pulled out a good lap to qualify second. In the race he pushed when he needed to, made his tyres and strategy work. He also seemed to drive with his head, asking team for info on others and not rushing his moves on Vettel and Alonso at the end, knowing he had the time and pace he was patient and picked them off at the right moment.

Apart from the slow getaways for his pit stops (which may or may not be his fault) he had pretty much a flawless weekend.
Dan Vary

A brilliant drive from Hamilton. He was quick all weekend, faultless from lights to flag and he showed maturity when he realised that Alonso and Vettel were one-stopping. Clean overtaking and great tyre/fuel management.

Probably one of his most complete drives to date. Watch out the rest of the field. This win will give Hamilton added confidence and belief.
slmtaylor

I think it was pretty easy for me to decide my vote: Lewis Hamilton. Over the weekend he looked fantastic. He never looked outclassed apart from by Vettel in qualifying, which was a great lap as expected.

I?óÔéĽÔäóm really impressed with Hamilton this season as he is really thinking about the long game rather than trying to make ‘the big overtake’ and possibly ruin his race. It takes a lot of a driver to hold back and wait for the right moment to attack which is what I thought Hamilton displayed during this race and also so far this season.
Smifaye

Perez missed the 2011 Canadian Grand Prix, meaning this was his first start at the Circuit Gilles Villeneuve.

He started the race on soft compound tyres and was able to run on it until lap 41 when he pitted for the only time. He jumped Kimi Raikkonen in the pits and picked up places, overtaking, among others Nico Rosberg.

He used the advantage of his tyres to get ahead of Vettel and Alonso at the end of the race and finished on the podium for the second time this season.

my vote goes to Perez for doing everything so perfect.
MarcusAurelius

Even though it?óÔéĽÔäós a three way split between Hamilton, Grosjean and Perez, went for Perez.

Hamilton was without doubt the one to follow all weekend and put on a great performance all in all, but Perez driving a different race to Hamilton?óÔéĽÔäós and managing to brilliantly salvage a poor qualifying session in an enjoyable to watch style weighs a lot in my opinion.
Antonio Nartea

I think that clearly Perez is the driver of the weekend. Despite qualifying just 15th he drove an outstanding race in pace and mastered his tyres very well. Being able to lap in 1’16.4 on the 67th lap to me says it all (0.6s fastest then Hamilton?é??s best lap who had fresher tyres).
Pedro Costa

Grosjean outqualified Raikkonen for the sixth time this season and though he had yet another poor start which left him behind Paul di Resta, he managed to get to the podium for the second time this year.

The French was one of a few one-stoppers, choosing to pit as early as lap 21. He managed to keep his tyres alive until the end of the race, passing the struggling Alonso and finishing the race on the tail of Hamilton.

I was tempted to say Hamilton, but on overall performance above and beyond the car and tyres capabilities ?óÔéĽÔÇŁ it would have to be Grosjean. Quick in qualifying, and despite single-stopping managed to keep the tyres together well enough to be right behind Hamilton, and almost challenging him at the end.

It?óÔéĽÔäós difficult to decide between the two, but at the end of the day, I think Grosjean got more out of the Lotus, comparatively, than Hamilton did out of the Mclaren
LazerFX

Hamilton was quick all weekend in a McLaren. But Grosjean came out of nowhere to keep the tires alive and get a second place in the Lotus. My vote goes to him with Perez a close second.
Mikemat5150

This was Grosjean’s first appearance in the top three.

7 comments on “Hamilton seventh Driver of the Weekend winner”