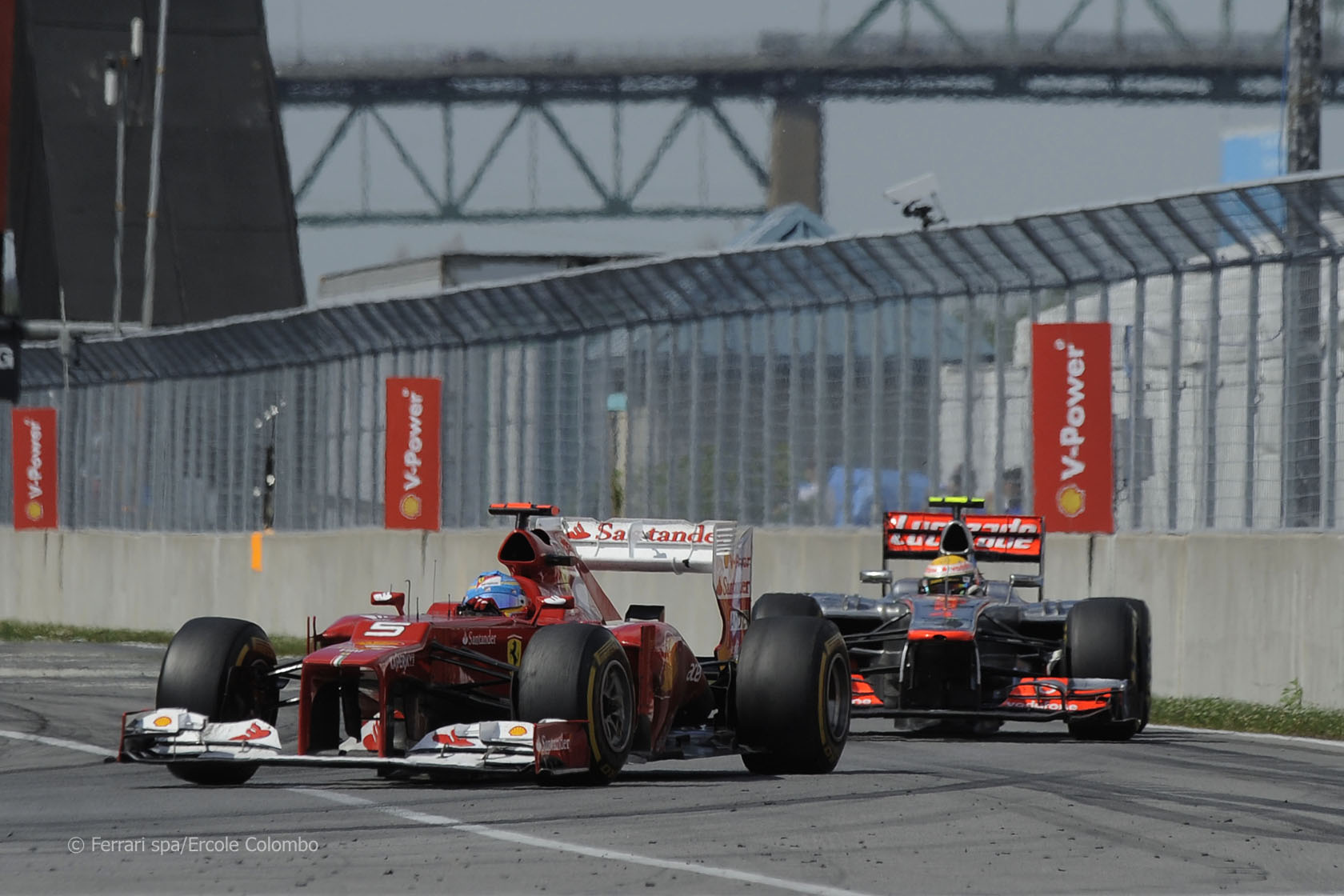 2012 saw its seventh winner in as many races as Lewis Hamilton battled to victory in Canada.

A more aggressive strategy than his rivals meant the McLaren driver had to overtake Sebastian Vettel and Fernando Alonso to take his first win of the season.

The race was rated 8.197, the fourth-highest race of the season so far.

The result means that of the 80 races that have taken place since the beginning of 2008, the four Canadian Grands Prix (there was no race in 2009) have all ranked inside the top 22.

Whereas the four races at the next venue on the schedule, Valencia, all feature in the bottom 15.

Here’s what F1 Fanatic readers had to say about this year’s Canadian Grand Prix:

Really happy for Lewis. Well overdue. Was also really exciting to see whether Vettel and Alonso would fall off the cliff.

Remarkable that Vettel could pit and pass Alonso within so few laps! Really pleased also for Grosjean and Perez.
3dom

In a season centred on tyres, some were pleased to see the aggressive option triumph:

Hamilton was superb, despite more pit mistakes from the team – at least they had a smart strategy. Good to see aggressive strategy and driving win out.
Marcusbreese

The one subject that continues to provoke even more discussion than tyres is DRS.

For the Canadian race the FIA cut last year’s two DRS zones to one and reduced the remaining zone in length. Even so, many readers were unhappy at how easy it made overtaking:

Instead of overtaking happening all over the place, drivers know they can wait to use DRS and pass without much effort. Hamilton would have got past Alonso and Vettel anyway, but that?óÔéĽÔäós exactly the point.

Without DRS he would have had to work a little bit harder and pull off his manoeuvres somewhere unexpected, which would have made it all the more exciting to watch.
Estesark

I would have preferred to see Hamilton really have to fight his way past Vettel and Alonso.

Watching him take the lead really easily just by pushing a button takes away a lot of joy from seeing my favourite driver win today.
PeteF12012

Nick.UK suggested that the DRS only seemed excessive when combined with the effect of the tyres:

I think the tyres were what made Lewis’s return to the front particularly easy. Alonso and Vettel just had no traction out of the hairpin.

Hamilton was more or less alongside Alonso before the DRS flap opened anyway.
Nick.UK

MajorDanby put the debate into an historical perspective:

I understand to some degree the comments regarding DRS, especially when drivers are playing cat and mouse on the approach to the activation zone.

However, I would have to say that times when driver aids such as traction control, launch control and reactive ride heights were common were truly artificial.
MajorDanby

But JerseyF1 was among many who found the race thoroughly entertaining:

It wasn’t just exciting in the final laps, the whole race was shaping up for that grandstand finish with Perez looking good from fairly early on.

Hamilton, Vettel and Alonso all had huge grins on their faces at the end, they clearly enjoyed the race and so did I.
JerseyF1

What did you think of the Canadian Grand Prix? Have your say in the comments.

14 comments on “Canadian GP gets another high rating”