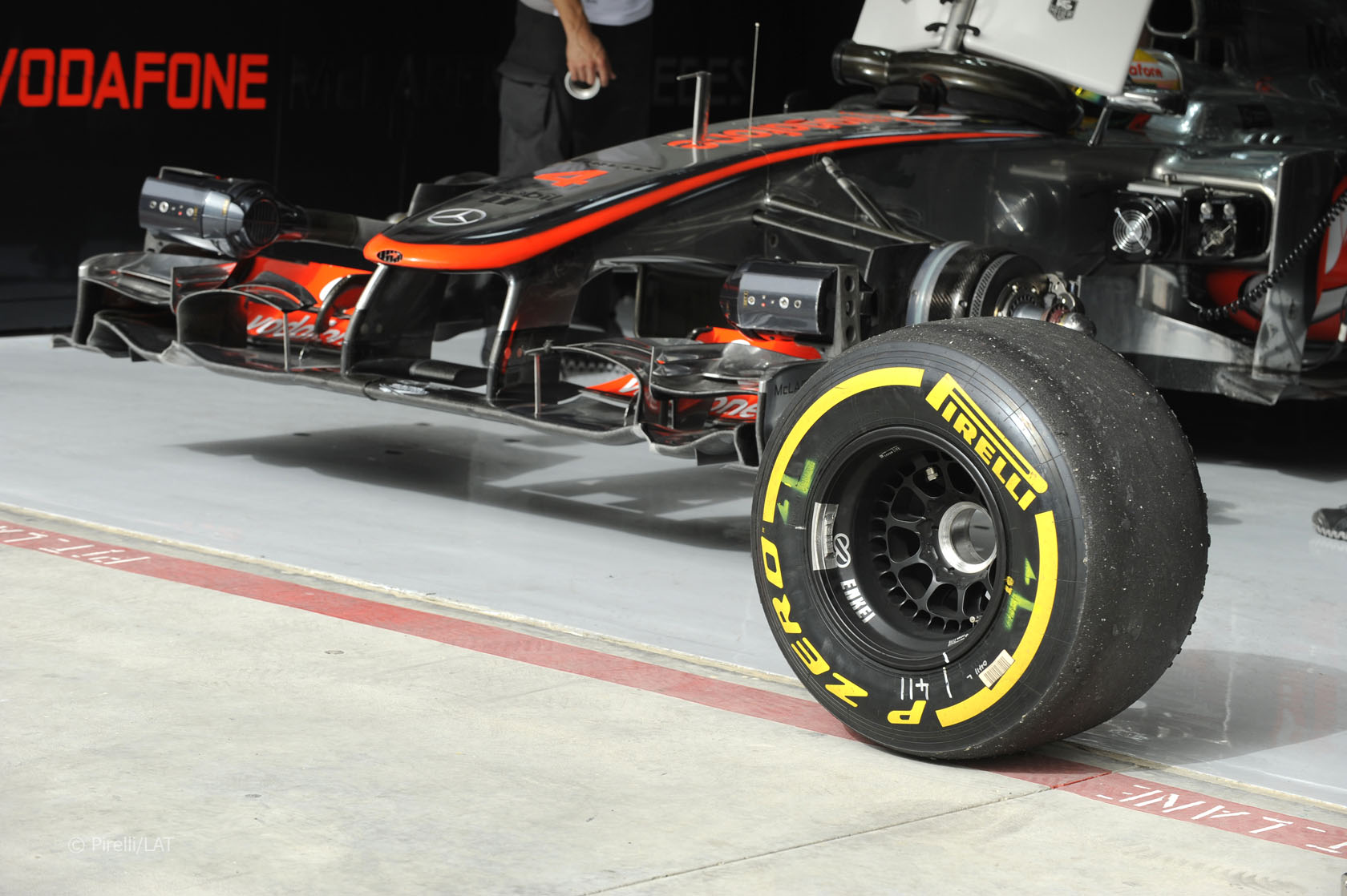 “If Pirelli make tyres which give drivers and teams a real challenge and add to the spectacle the driver, understandably if he’s had a bad race, will complain about them,” said Whitmarsh, speaking at a Vodafone McLaren Mercedes phone-in.

“But on the other hand if they make tyres that are very robust, not challenging in terms of management from either the team or the drivers’ perspective, then I’m sure that the spectators will be critical of those tyres because they haven’t created the right spectacle.”

He admitted McLaren had not always got the most out of the tyres this year: “The tyres are undoubtedly challenging, there have been times when they’ve given us a significant challenge.

“And I think, frankly, the last race in Bahrain was one of those where we weren’t in the right window of operation and that affected our performance in the race quite dramatically.

“But I think it’s probably wrong to criticise the tyre, I think you’ve got to look at what you as a team and what the drivers are doing and how you manage the situation. That’s part of motor racing.”

McLaren have also experienced problems during their pit stops this year. Whitmarsh said: “We have made some changes as you might expect following the last race.

“And I wondered whether we?Û‘Èº‘‰Ûd have volunteers for some of the more critical elements, but I was astounded by how many guys in the team want to put themselves in those very challenging positions. It reflects well on the spirit within the team.

“There?Û‘Èº‘‰Ûs been a reasonable amount of practice, some changes in process and they?Û‘Èº‘‰Ûll be seen at the weekend. I believe we will have good stops.”

Does F1 need to change its tyre policy? Cast your vote and have your say here: