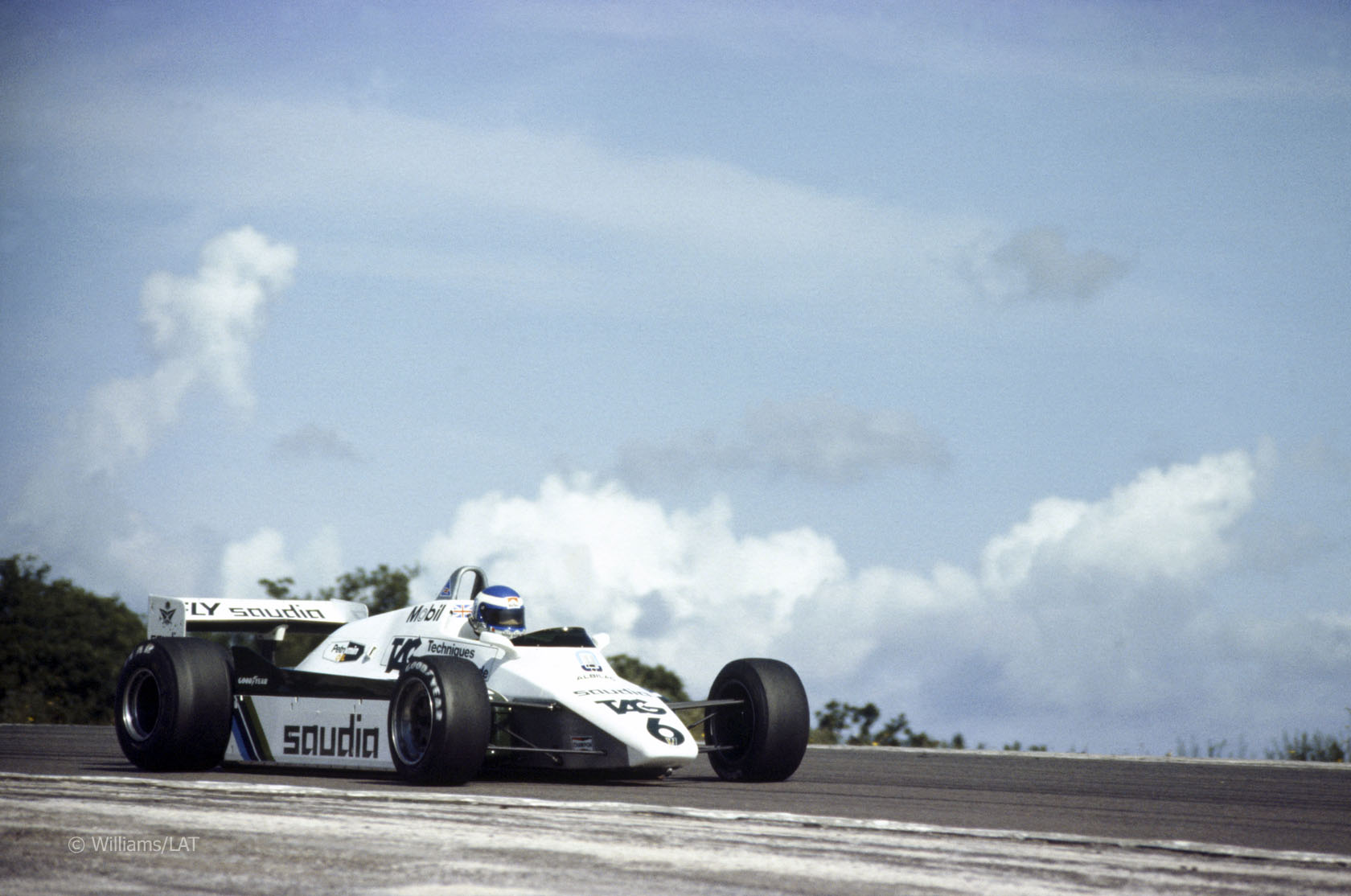 Your questions answered on world champions who won the fewest races, how to arrange a trip to a Grand Prix and race hosting fees.

Following the Chinese Grand Prix, Lewis Hamilton was leading the world championship without having won a race yet this year – something he also did in his maiden F1 season five years ago.

That prompted Allan to ask:

Has any driver won a championship without ever winning a race?
Allan

The short answer is ‘no’. But that would be a boring answer so I’ll elaborate:

Only two drivers have won a world championship while only winning a single race. They were Mike Hawthorn in 1958 and Keke Rosberg in 1982.

Stirling Moss scored four wins to Hawthorn’s one in 1958, but out of the other seven races that year he retired with car problems, usually engine-related, five times. Famously, Hawthorn would have lost the title had Moss not helped him overturn his disqualification from second place in the Portuguese Grand Prix.

No-one won more than two races in 1982, the year Rosberg became champion. He scored his single – and first – win in the Swiss Grand Prix, taking the lead in the title race with two rounds to go. Fifth place in the final round was enough to secure the title by five points from John Watson and Didier Pironi. The latter had suffered terrible injuries in a crash five races earlier, which ended his F1 career.

There are two drivers who won the world championship without starting a race from pole position. They were Denny Hulme in 1967 and Niki Lauda when he won his final title in 1984. Indeed, Lauda never even started a race from the front row that year.

First trip to a Grand Prix

I’ve had a couple of messages from readers who are planning trips to F1 races and are wondering what to do:

My father wants to treat the four of us for my 40th birthday which is in a years time by taking us to an event, preferably abroad rather than the UK.

Could you get back to me, and let me know how we would go about attending a race weekend?
Slimboyfatpauly

As an American living in Texas, the F1 race in Austin this November will be my first one to attend (first race ever, actually). Have you ever run any articles (or know of some) which have basic recommendations on what to bring, pack, etc… for an F1 race?
Douglas Gibbs

Going to an F1 race weekend isn’t cheap, especially if you’re heading abroad. We did a survey of F1 ticket prices earlier this year which will give you some idea of the differences in cost between each race:

What will make a significant difference to the cost is whether you opt for a ticket with a seat or a General Admission ticket.

For Slimboyfatpauly, who wants to go to a race outside the UK but isn’t keen on camping, I’d recommend the Italian Grand Prix at Monza. It’s a fabulous venue which oozes history and attracts a great crowd. You can fly to Milan quite easily, stay there and get the train to the circuit.

Whichever race you’re going to you can find out lots more by visiting our dedicated groups for each Grand Prix. Here you will find advice on a range of subjects including accommodation, getting to the track and where the best vantage points, from fans who’ve been to the races.

Find them all here:

And you can find suggestions on what to take with you to a race weekend here:

The cost of holding a race Going to a race isn’t cheap because ticket prices are so high – and that’s because of the costs imposed on F1 race organisers. Colin asks:

Can someone please explain why it costs the circuits millions to host a Grand Prix. What are they paying for and how, other than ticket sales and merchandising are they expected to recoup these costs and even make a profit?
Colin

The fees increase with compound interest year-on-year of around 7%, sometimes more. For example, a seven-year contract (the typical length) costing the race promoter ?é?ú25m in the first year will have risen to ?é?ú37.5 by year seven with a 7% escalator.

On top of that Ecclestone’s Formula One Group takes control of the major sources of revenue from race weekends. Trackside signage is sold by Allsport at every round with the exception of the Monaco Grand Prix (note the differences in how the banners are laid out around the Principality). And of course the ultra-valuable TV broadcasting rights are handed over to FOG.

That leaves race organisers with, as Allan says, ticket revenue as one of their most important sources of income from the race. That explains why race ticket prices are climbing even in the face of economic uncertainty in many countries – and why tracks like Spa look increasingly likely to lose their races or be forced to appear on the calendar on alternate years.

As for why the price is so high, it’s because the market will sustain it – at least, for now. As long as Ecclestone can find people willing to pay $50m to hold a race, that is what he’ll charge.

Got a question for F1 Fanatic? Send it in via the contact form. Please include your real name.

More of your questions answered

67 comments on “Win-less champions, going to a race and hosting fees”