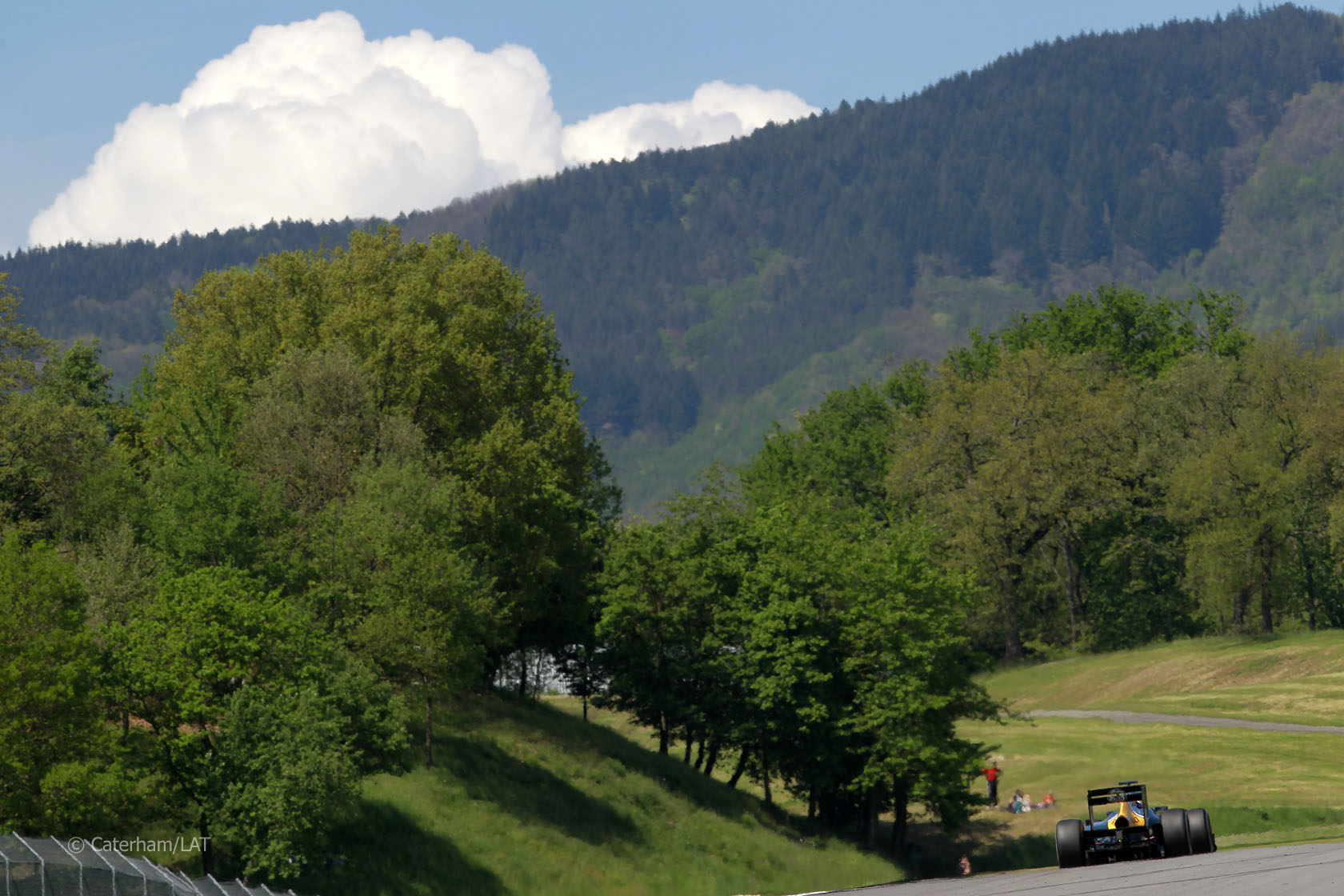 F1’s return to Mugello for testing has been praised by many drivers – with the exception of Vitaly Petrov who says the track isn’t safe enough.

On Tuesday Mark Webber hailed the circuit as being far more satisfying to drive on than some modern F1 venues:

“Did ten dry laps today around Mugello, which is the same as doing 1,000 laps around Abu Dhabi track in terms of satisfaction,” he posted on Twitter.

In between runs today Daniel Ricciardo said: “Love driving the beast round here, awesome high speed circuit. Can’t wait to get back in after lunch.”

Sebastian Vettel said: “I’m happy to be here. Unfortunately we don?óÔéĽÔäót have this track on the calendar. It’s an incredible circuit with a lot of high-speed corners.

“It’s what you hope for in a Formula One car, because you can really feel the downforce. Once you get into the rhythm it?óÔéĽÔäós really enjoyable.”

But Petrov raised concerns about the circuit: “I’m not sure the track is right for today’s F1 cars,” he said yesterday. “You get very close to the walls and it’s maybe a bit small for the cars now, but it’s still a good challenge putting together a quick lap.”

He told Autosport today: “I don’t think we should have come here. It is not safe and wide enough.”

Unlike most modern F1 venues, Mugello has no tarmac run-off – the track is mainly bordered by grass and gravel traps as can be seen in this satellite picture: