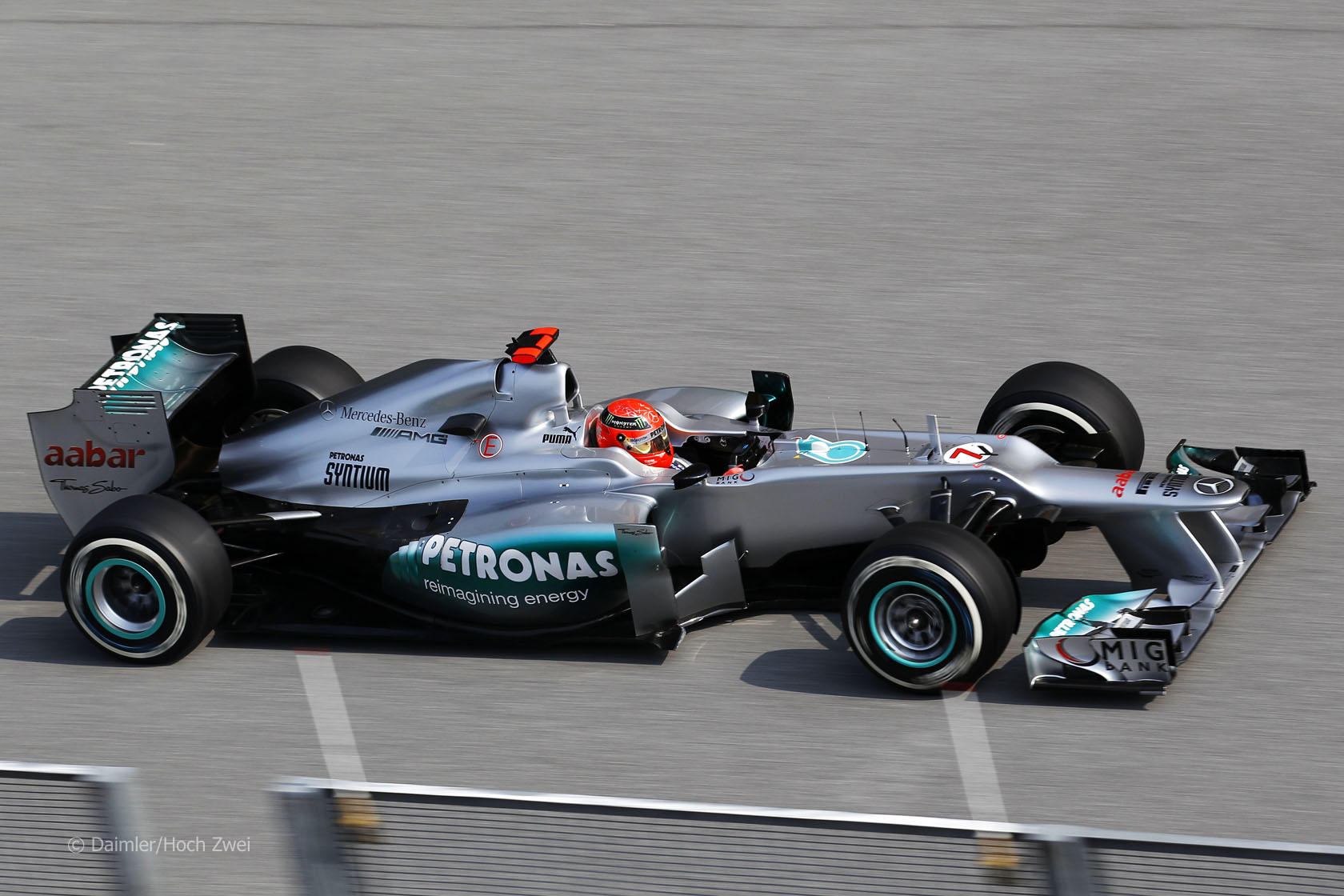 Mercedes hope to get to the bottom of the tyre problems they experienced in the first two races of the season next weekend in China.

Team principal Ross Brawn said the team experienced contrasting problems in Australia and Malaysia: “In both races, our problems have been related to getting the tyres into the correct working window.

“However, at each race it was at different ends of the scale: in Melbourne, we overheated the tyres – it was under control on Friday, then we developed the set-up in a direction which did not prove helpful in the warmer conditions.

“In Malaysia, having done a lot of work in practice to make sure we didn’t suffer from the same problem, the cooler conditions on Sunday dropped us out of the window again.”

At Sepang, temperatures fell from the mid-40s on Friday and Saturday to around 30C in the rain-hit race. “In the dry at the end of the race, we got the car working more effectively and our pace was more respectable,” said Brawn.

“But I still don’t feel we really got the tyres working well, gripping hard and operating at optimum temperature.”

He added: “Like other teams at the front of the grid, we spent two days getting tyre temperatures down – and then, in the race, found that we needed to work the tyre harder. The cooler conditions reversed what was needed from the cars.”

Brawn said the team’s difficulties with its tyres was symptomatic of wider problems with the W03: “We have too narrow a window in which we are operating the car – and we have to broaden that, and build more tolerance into how we are using the tyres.

“When we encounter challenges like this, we look at all areas of the car and we challenge ourselves collectively to find the solutions we need. But our qualifying speed tells us that the fundamentals of performance are there: you can’t do the lap times if you don’t have enough downforce, horsepower or a good chassis.”

Much attention has been focused on the team’s ‘front wing F-duct’, which increases their performance in qualifying but does not have as great a benefit during the race when the use of DRS is restricted.

Brawn denied the team had purposefully built a ‘qualifying car’: “Our objective is to build the best car we can for the race – and our qualifying performances are a consequence of that.

“Nothing has been consciously done to focus on making the car quick in qualifying, and not so good in the race, because under the current rules – with DRS and the number of pit stops – there are no real rewards for doing so. Using the tyres properly is vital for success, and it depends on a number of factors, including set-up, the downforce the car is generating and the drivers’ approach.

“Within the set-up variations we can choose, we have the opportunity to find the right solution. But it’s a learning process, and we missed the mark at the first two races.”