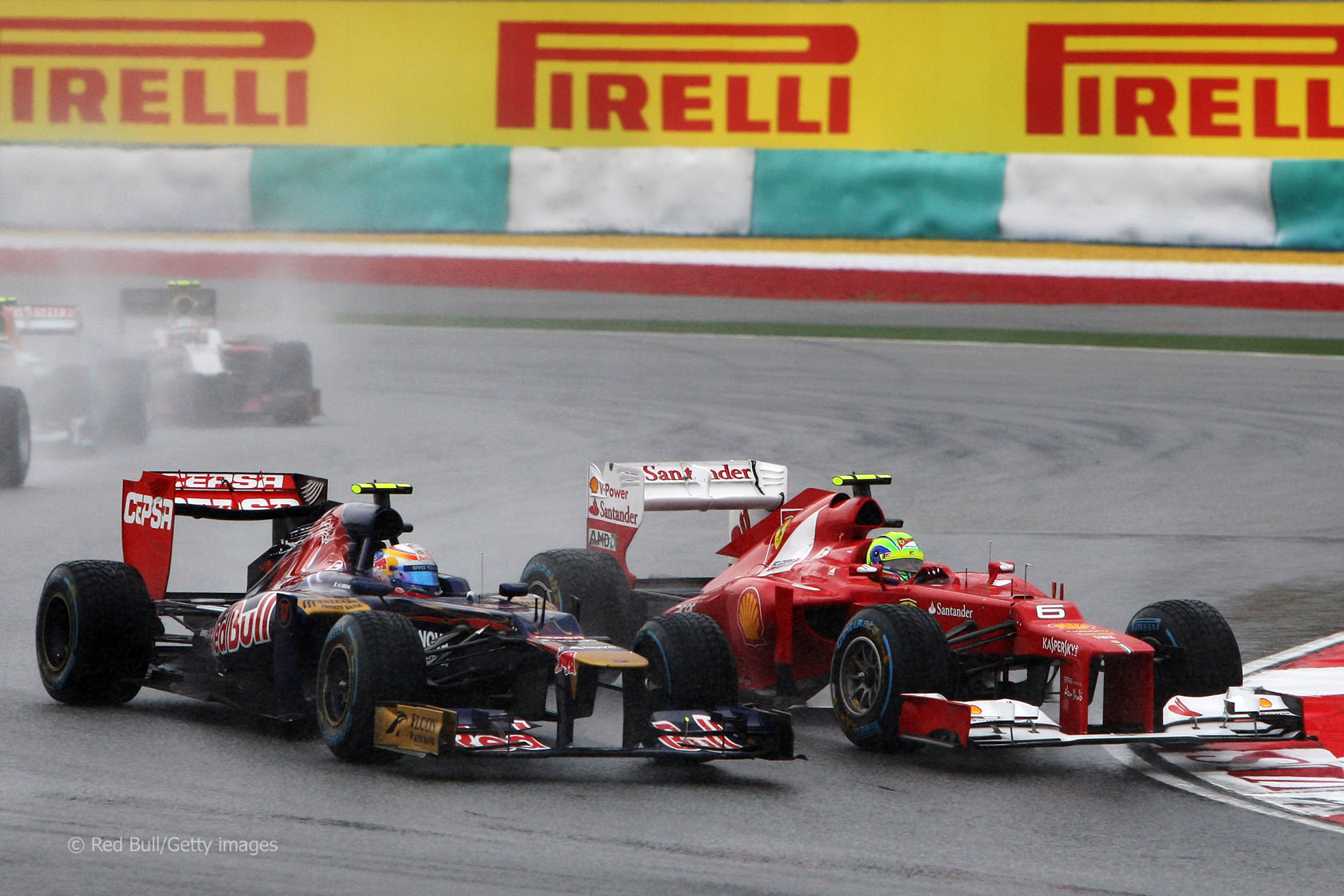 The Malaysian Grand Prix weekend started in blazing sunshine and ended with pouring rain and a thrilling race.

Here’s a selection of the best footage shot at the circuit by fans during the race weekend.

Practice begins on a dry track.

Turn one in practice

The race begins – keep an eye out for a quick start by Vitaly Petrov in the second video.

The first round of pit stops begins as the rain begins to fall harder. Lewis Hamilton comes in followed by the two Red Bulls while Jenson Button, who has already stopped, flies past.

Filmed a few moments after the previous video and taken from the same place as the second – albeit in much different conditions.

Sebastian Vettel runs wide and comes under pressure from Fernando Alonso as the rain comes down.

After that, Paul di Resta is knocked into a spin by Pastor Maldonado.

The McLarens run in formation in heavy rain.

Michael Schumacher on the grid

Close up with Michael Schumacher on the grid before the race is restarted.

The race restarts and Felipe Massa lines up to pass Jean-Eric Vergne.

Sergio Perez chases Alonso with Hamilton in pursuit as the track dries.

Alonso on his victory lap after a remarkable win.

An edited overview of the weekend by an excited fan.

Thanks to Damonsmedley for his help with this feature.

19 comments on “Fans videos from the 2012 Malaysian Grand Prix”