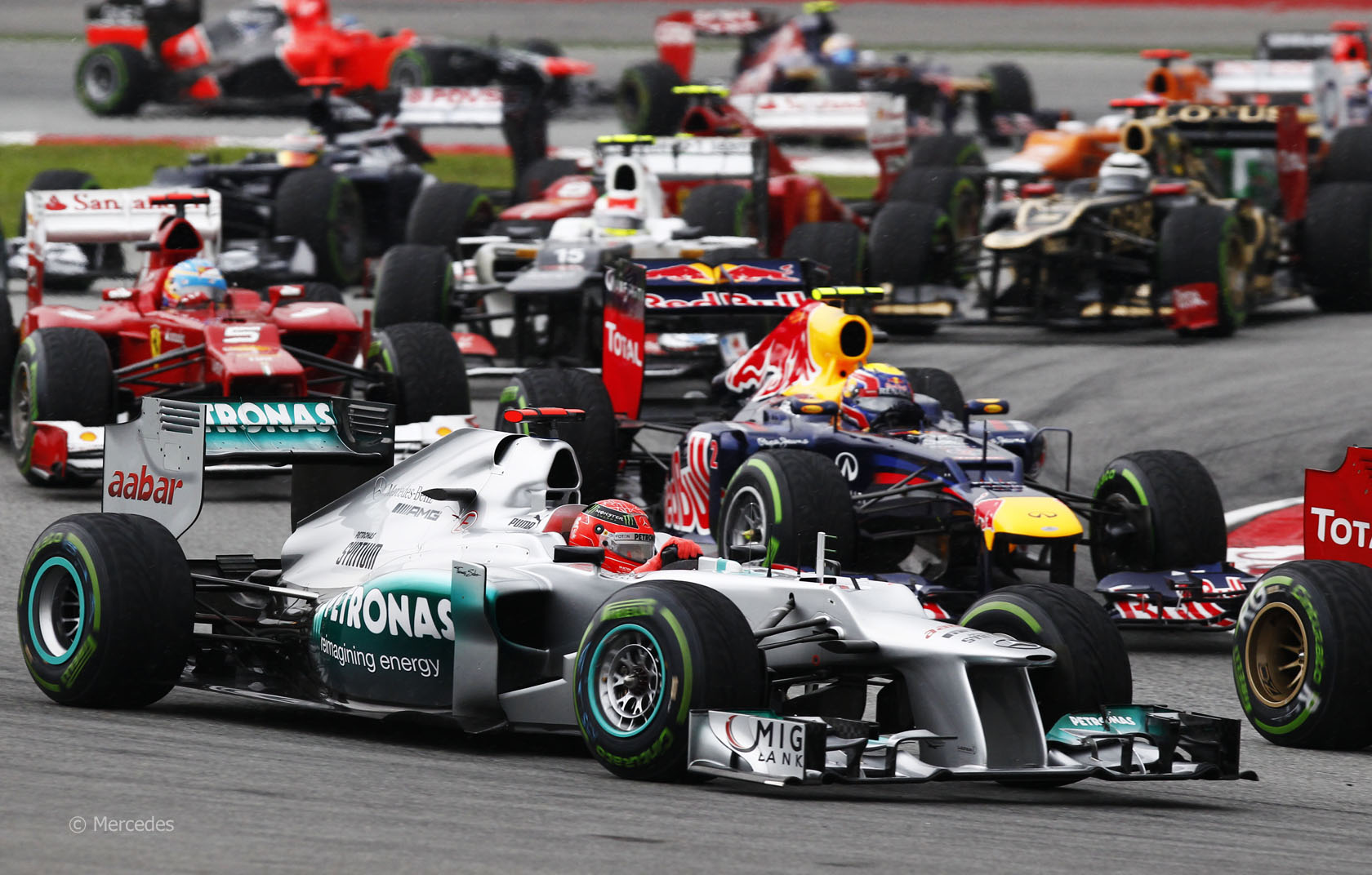 Fernando Alonso’s win in the Malaysian Grand Prix was rated the sixth-best race of the past five years by F1 Fanatic readers.

The Ferrari driver held off a charging Sergio Perez to the flag after a rain-affected race.

Despite a lengthy red-flag delay, the race was rated an impressive 8.542 by F1 Fanatic readers.

Many regretted that Perez’s inspired drive didn’t take him to the top step of the podium:

I expected Perez would have similar fate to Kobayashi in Canada last year, as he was second before the red flag. I thought he?óÔé¼Ôäód lose a few places but still score some strong points, but he went upwards!

A big shame he didn?óÔé¼Ôäót win, it would have been a perfect story for Formula One.
Enigma

There was also some disappointment at Sauber’s radio message encouraging Perez to settle for second, but Jay Menon took a different view:

I think it would be fair to say that Sauber made the right call. Second place to Sauber is a great deal considering the healthy points haul.

By the time Perez caught Alonso he was reporting his fronts were going off and was experiencing understeer, which he duly demonstrated by running off track.

Asking him to take it easy and be careful was the most sensible thing to do given the conditions.
Jay Menon

Meander summed up a general feeling of potential:

Although Perez provided us with a marvellous performance, let?óÔé¼Ôäós not forget that Alonso again had a very good start and drove flawlessly throughout the entire race.
Mariano

But the win did not disguise the Ferrari’s obvious lack of pace:

If I was Alonso I would start doing the rain dance before each race because it’s the only way he might have a chance to do something in the championship.

Narain Karthikeyan had an eventful day as he made contact with Jenson Button and Sebastian Vettel. Some were less than impressed:

So happy for Sergio and Fernando… but those HRTs are boiling my blood.

Seriously, frankly, truthfully, are they even F1 level? We should compare HRT’s cars to the GP2 cars.
vet4

While others were more forgiving:

They?óÔé¼Ôäóve paid their dues and they?óÔé¼Ôäóre under the 107% mark with two respectable drivers. They have as much right to be in F1 as anyone else.

And anyway, in both cases he was minding his own business when he was needlessly hit by other cars.
Lin1876

For the second race in succession there were many different constructors in the top ten:

When was the last time there were nine teams represented in the top ten, and only Force India had both cars there?

Good to see some middle teams getting in the mix.
Abuello Paul

But once again Mercedes failed to capitalise on a strong qualifying performance:

Biggest disappointment were Mercedes, who weren?óÔé¼Ôäót able to catch up with the top and struggled a bit to keep up with the mid-field even.

I hope this will change in the following races.
And1star

What did you think of the Malaysian Grand Prix? Have your say in the comments.