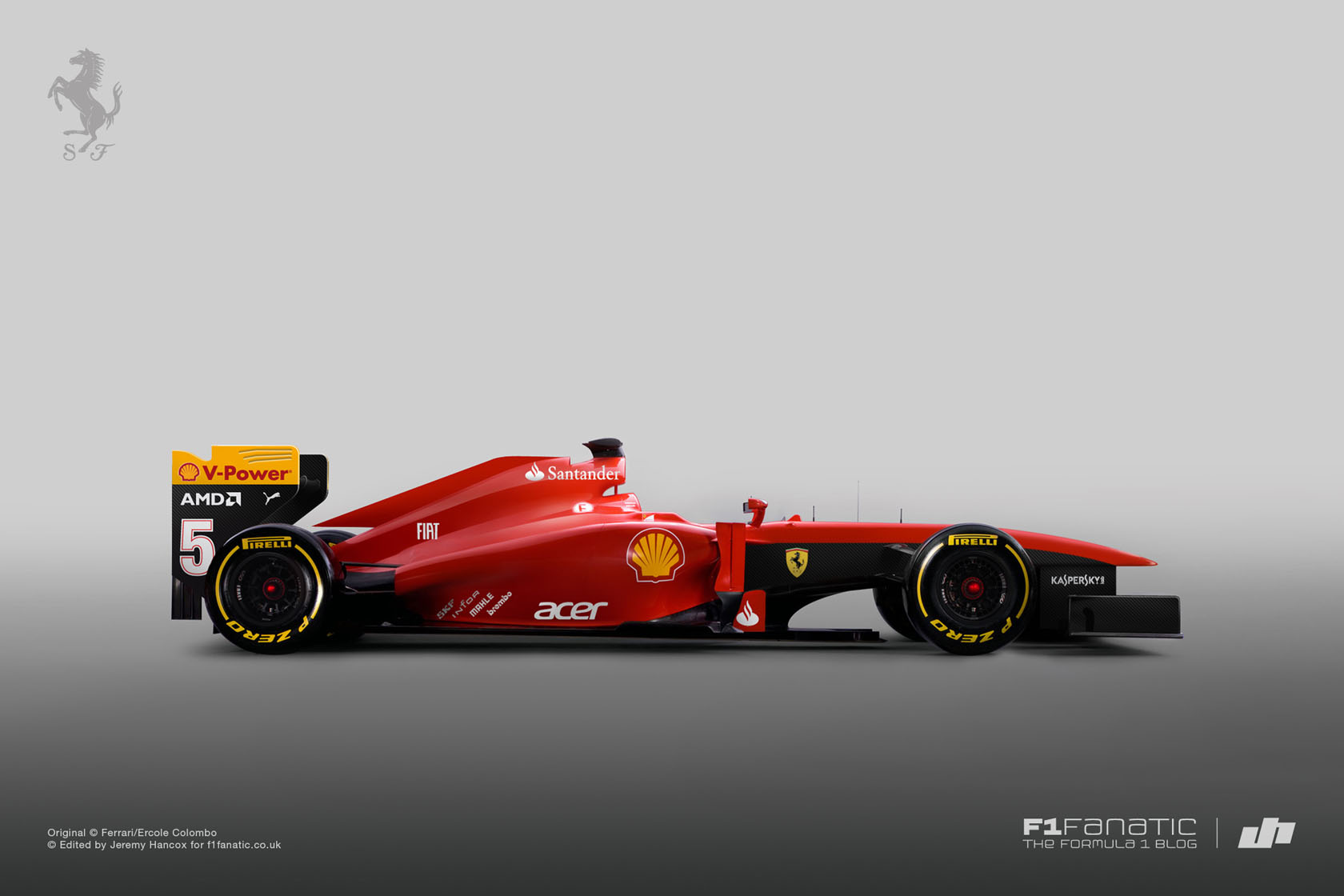 Recent rules changes have conspired to give us a very strange-looking generation of F1 cars.

The aerodynamic changes introduced in 2009, followed by the reduction in nose height brought in this year, has led to creations which run the gamut from awkward to outright ugly.

“The undoubted ugliness of 90% of the 2012 F1 cars just means it’s more of a challenge to make them look good in pictures,” lamented photographer Darren Heath on Twitter recently.

So how could the improved generation of 2012 cars look? It’s over to graphic designer Jeremy Hancox who’s already posted some excellent designs in the forum.

First up Jeremy tackles one of the least attractive cars on the grid. Ferrari told us the F2012 would look pretty when it won a race. It turns out they were wrong – what it really needs is a break from those restrictive 2012 rules.

Note that these designs don’t obey the proposed new technical rules to the letter – they’re just intended to show how the current cars would look if the key offending passages of the rules were tweaked.

In short: narrower front wings, lower and wider rear wings, and no stepped noses. Here’s how they look. Jeremy also turned his attention to some of the cars’ liveries – have a look at these three re-skinned racers: Sauber’s current livery is one of the most unfathomable on the grid. Jeremy replaced the mishmash of black and white with a more cohesive black and blue treatment. With the Williams, Jeremy moves the design closer to the retro style already aped by the current car. Finally we turn our attention back to the Ferrari. Here Jeremy does away with the white in favour of black wings with a splash of yellow which suits the soft Pirellis very nicely.

If you want to post your own designs, head over to this thread in the forum where you can embed images of your own via Flickr.

Copyright as described on images