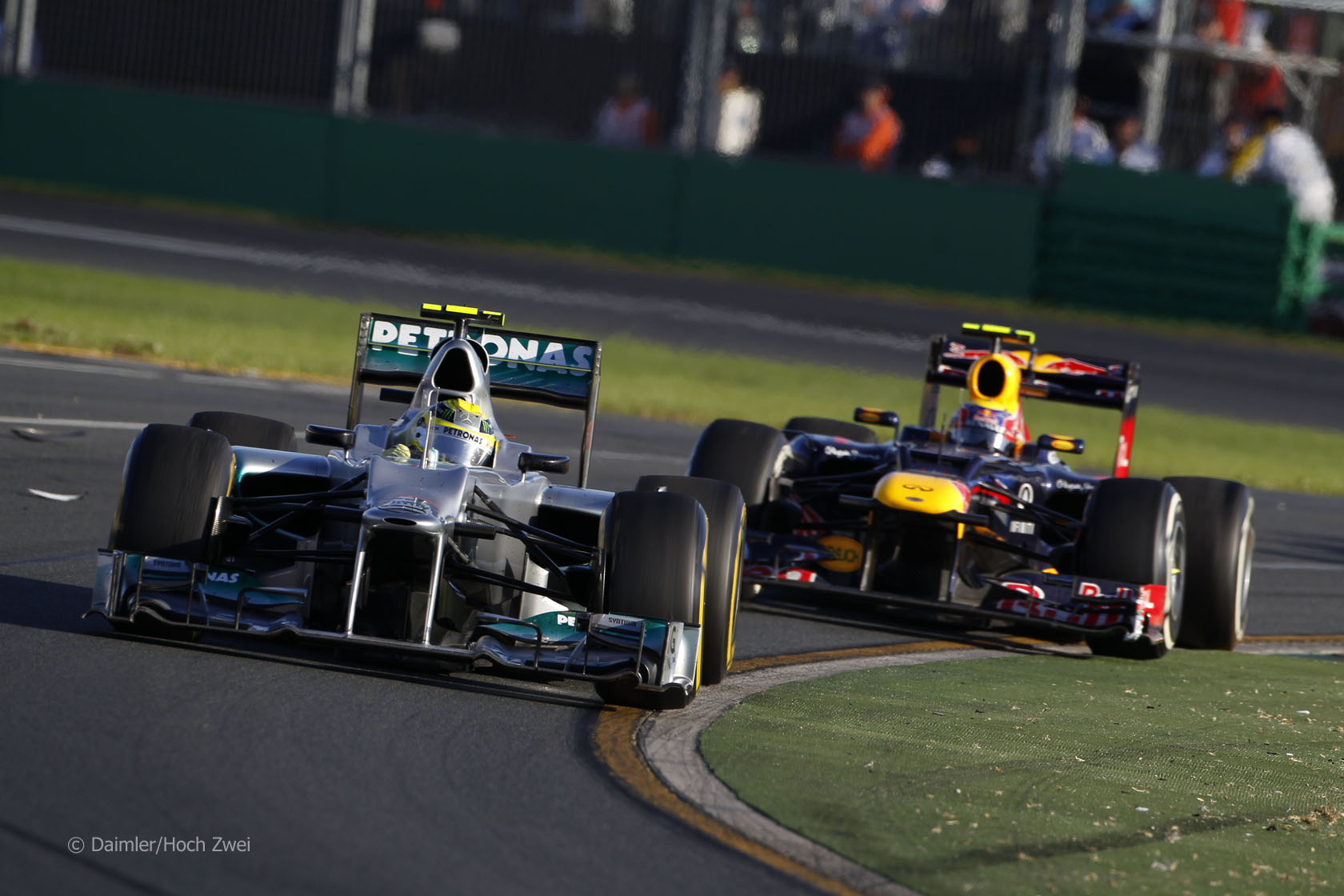 The 2012 Formula One season got off to an entertaining start in Melbourne, as Jenson Button headed a tightly packed field.

After months of waiting and wondering, F1 Fanatics finally got to see some racing, and rated it a respectable 7.662.

Here’s what they had to say:

Few were excited about the battle for the lead:

The only disappointment was that the top four never actually fought each other, the gaps between them just stayed static. Other than that, great race.
Slr

The midfield battles were exciting until the very end, though many regretted the retirements:

The midfield battles added to the depth and excitement, though it?óÔéĽÔäós a shame that Grosjean and Schumacher were out of the race early ?óÔéĽÔÇŘ they would have spiced the entertainment factor up even more!
Marty

Maldonado raced really well and even though I?óÔéĽÔäóm an Alonso fan, I would have loved to have seen Maldonado pass him. It?óÔéĽÔäós a shame he crashed in the end, he?óÔéĽÔäós quick but just needs to cut out those mistakes.
Slr

Many thought the race set us up for a great season ahead:

If the McLaren boys keep their game up, with Jenson and Lewis scoring valuable points, the championship might be over much sooner that some of us would like.

Here?óÔéĽÔäós hoping that Red Bull will sort out their problems and improve enough to challenge McLaren.
AlexNK

Seven different constructors scored a world championship point, which can only be a good thing:

Great to see so many different constructors in the top ten.
smokinjoe

But not everything was equally celebrated:

Were Red Bull deliberately making McLaren pit stop longer by pretending to be waiting for their drivers as the commentators were suggesting?
DT

The return of Raikkonen led to some pretty hilarious conversations namely, “Why are the blue flags waving?” “They are not for you” and an unheard one where he apparently said “oops” when Kobayashi passed him.
MahavirShah

What did you think of the race? Did it set the tone for the season or will it all change? Have your say in the comments.

Voting is still open on the ‘Rate the Race’ poll for Malaysia, so add your vote here: